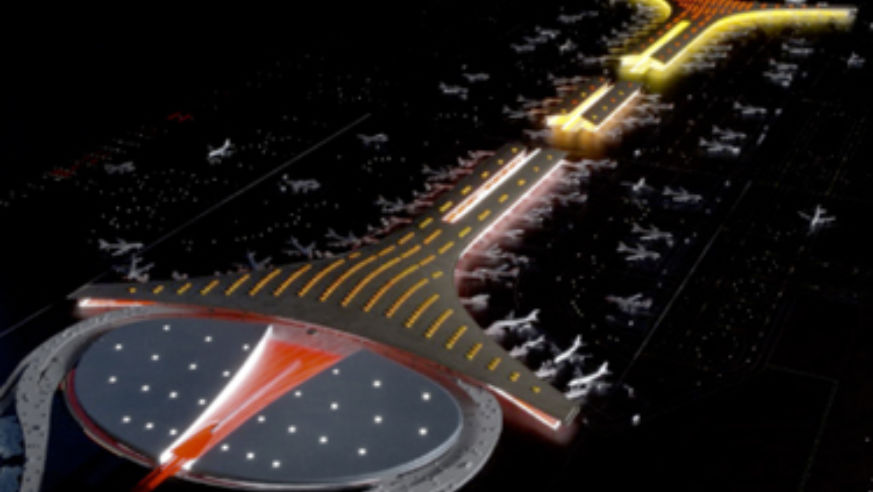 Today, Beijing opened an enormous, multi-billion dollar airport terminal. Its two-mile-long concourse, linked by a shuttle train, and a new runway, will enable the airport to handle 24 million more people a year than before.

The terminal's design is controversial. It is meant to evoke a dragon, with ceiling windows cut as though they were triangular scales. But at night, the terminal looks like something out of Star Trek. Merely a decade ago, ultramodern designs like the one were shunned by Maoists as bourgeois and un-authentically Chinese.

In a twist, Americans visiting China this year will not be using this terminal. This year, U.S. and Canadian airlines will instead drop passengers off at to the other two older terminals, according to Reuters. Unless you're flying on an international carrier, such as Lufthansa, British Airways, and Air Canada, you probably won't see this terminal.

However, all travelers, including Americans, will soon benefit from a new train, which zip travelers downtown in just about 15 minutes. This subway line opens later this spring.