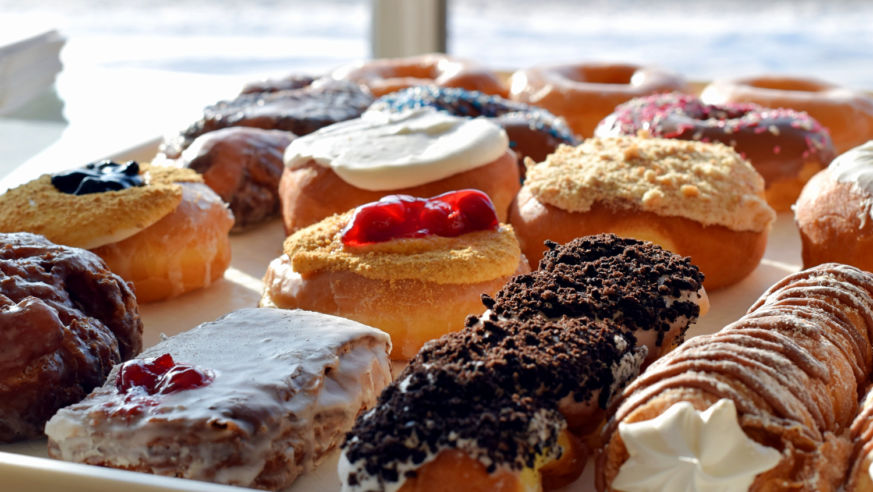 From Buffalo wings to jambalaya, America is an embarrassment of culinary riches when it comes to regional specialties, and food trails are the best way to explore the country's huge array of local fare.

We know Kentucky for its bourbon, New York City for its pizza, and Philly for its cheesesteak, but countless regions throughout the country have their own culinary specialties, and they really like to show them off. Care for a taste? Hit the trail.

1. WINGING IT IN BUFFALO 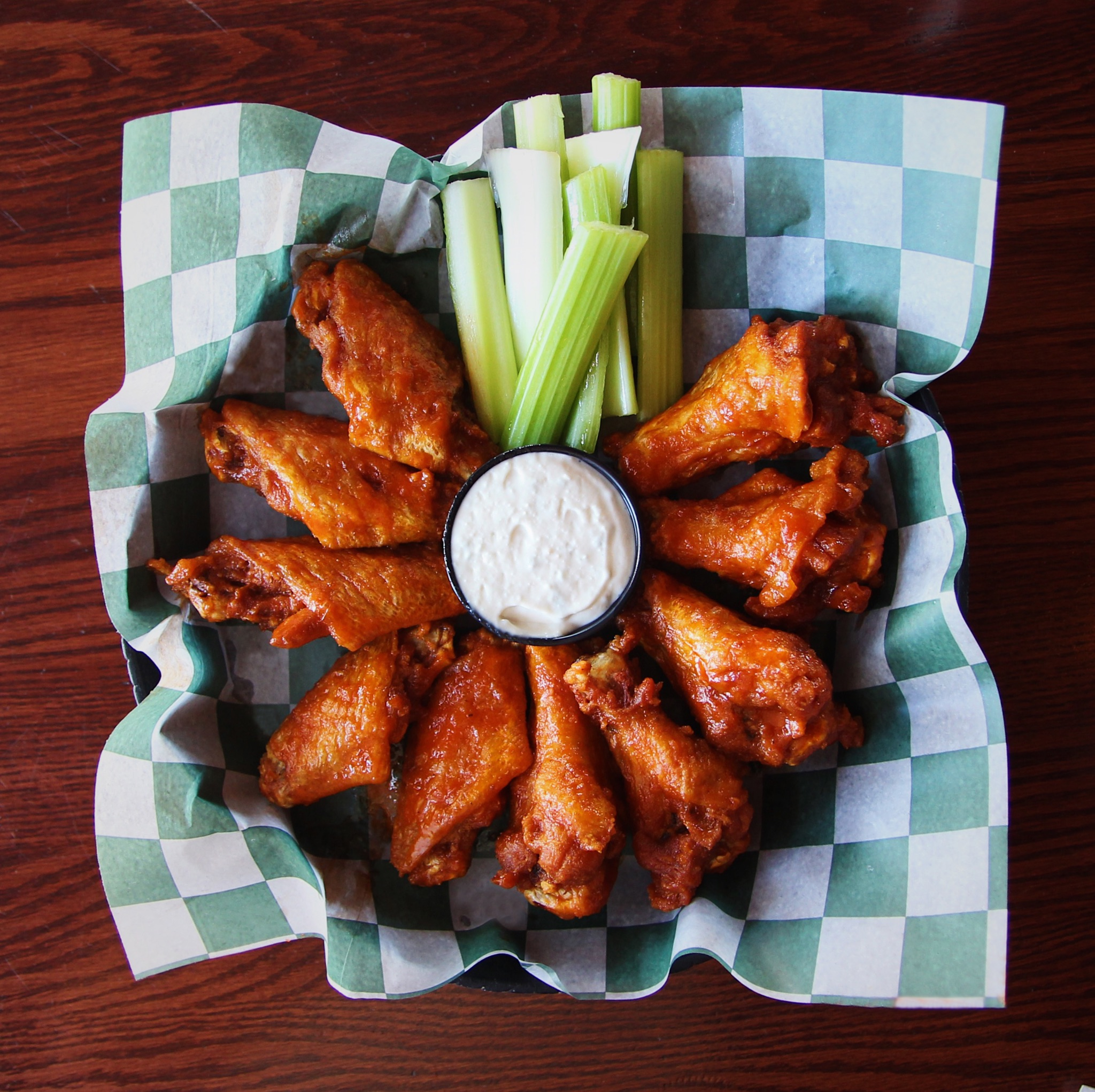 There’s barely a sports bar in America where you wouldn’t be able to chow down on Buffalo wings. They’re so ubiquitous that it’s hard to imagine a world without them, but they actually have an origin story. It goes back to 1964 at the Anchor Bar, a no-frills spot in….you guessed it: Buffalo, New York.  That spot is just one of many on the Buffalo Wings Trail, which was established in April 2018 and includes a dozen stops, most of which dish out their own signature style. For instance, at Duff’s, which opened just north of Buffalo in 1946 and is now a chain, wings come with the caution: “Medium hot is very hot! Hot is very, very hot!” At Glen Park Tavern, a cozy family-owned eatery in a building that dates to 1887, the array of flavors includes citrus-chipotle, Cajun, and Sicilian, to name a few. Tag your photos #WingBUF on Instagram and you could win a wing-themed prize. 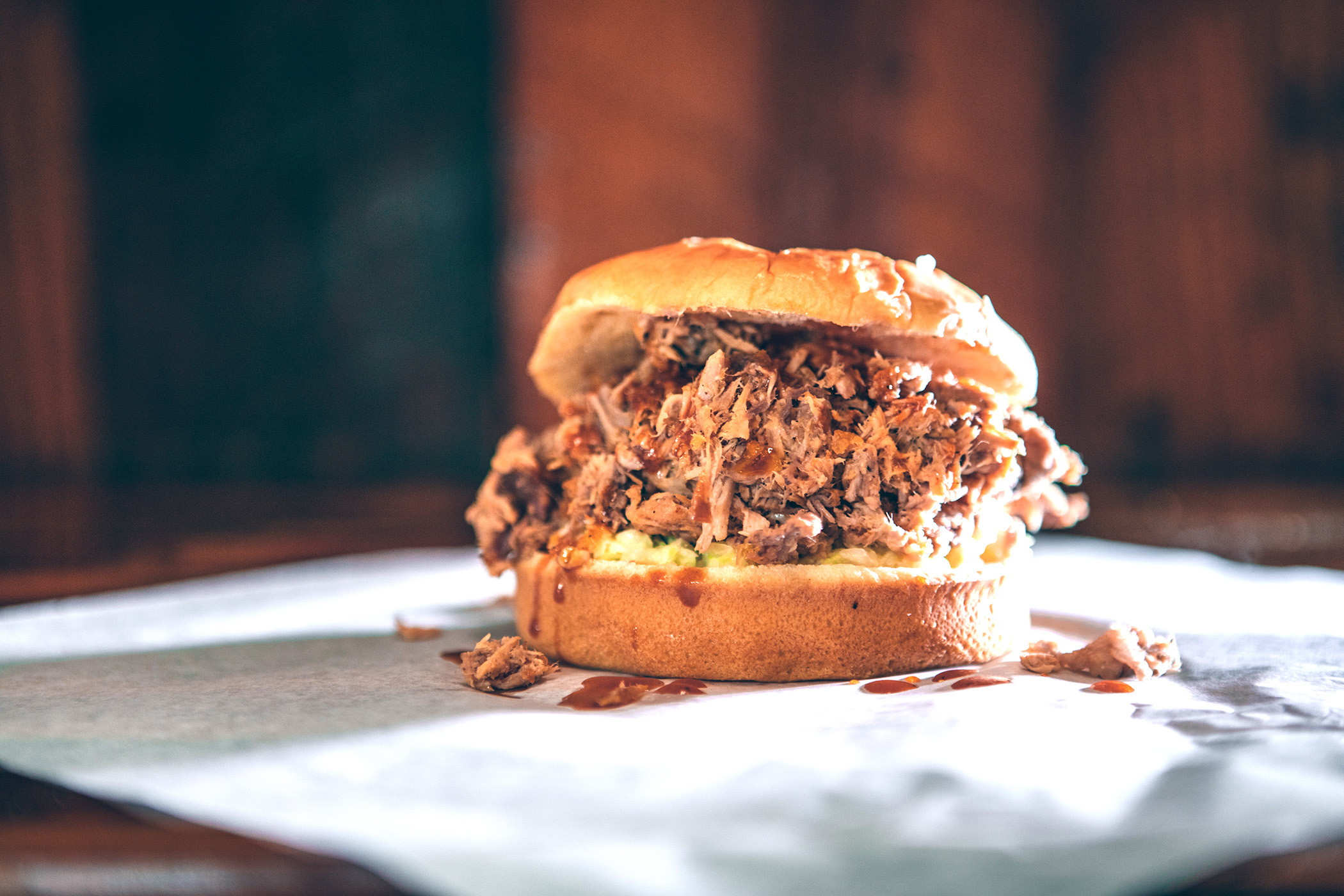 Plenty of states and regions have their own distinctive style of barbecue, and most of them have a rich history to go along with it. North Carolina, which dubs itself the “Cradle of ‘Cue” and has the two largest pork-producing counties on Earth, has a history so rich that there’s a historical organization exclusively devoted to preserving its legacy. The North Carolina Barbecue Society has designed an extensive trail that gives “pit stop” a very literal meaning. It stretches about 130 miles east-to-west from Murphy to Greenville, with stops in small towns and bigger cites, like Winston-Salem, and includes everything from bona fide hole-in-the-wall shacks to roadside joints to more traditional restaurants, many of which are decades old and family-owned. To help barbecue fiends discover those hidden gems, the society has created an interactive map that includes photos, facts about each establishment’s history, and the pit masters’ claims to fame.

3. OHIO KNOWS THERE'S MORE TO DONUTS THAN GLAZE AND SPRINKLES 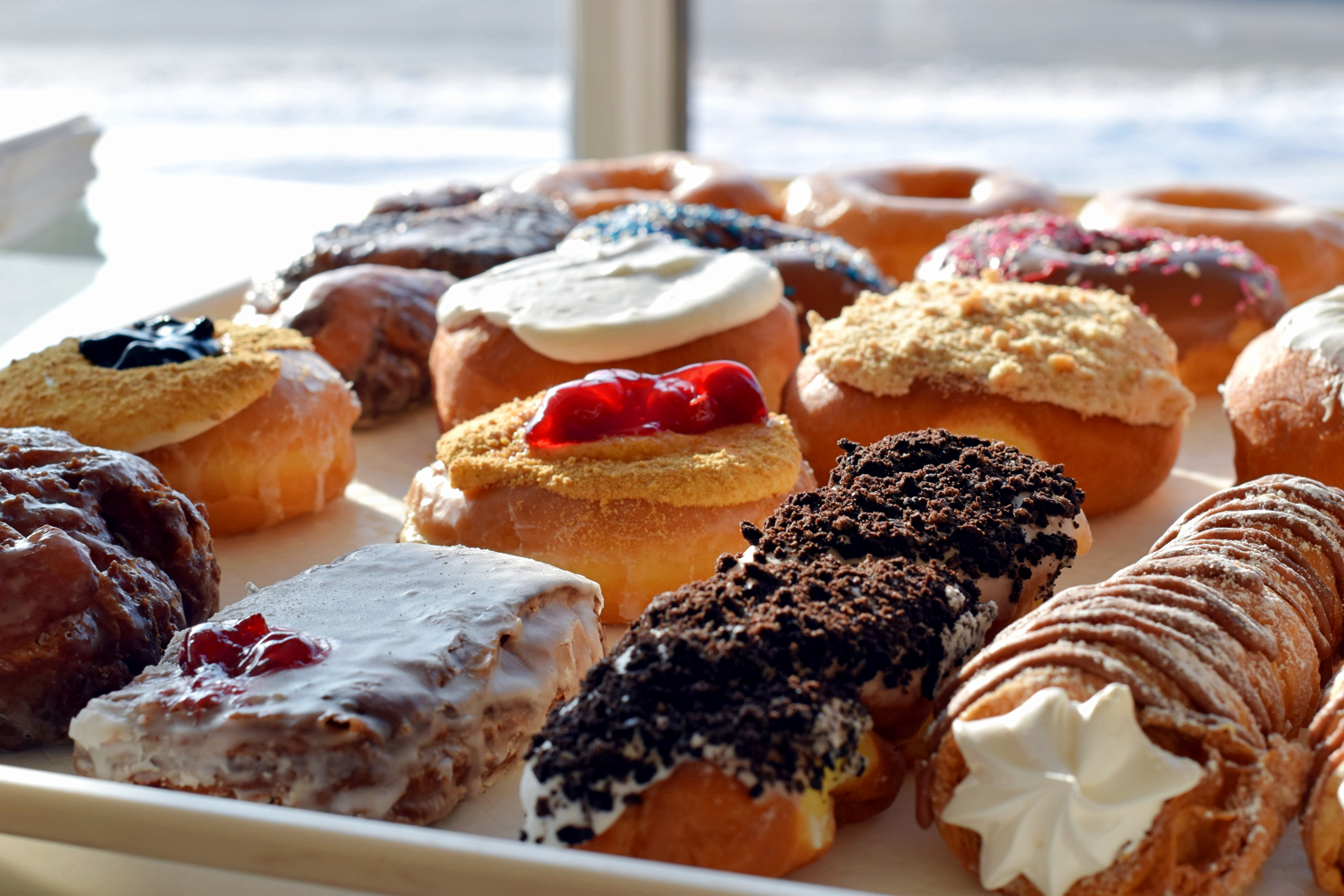 You can channel your inner Homer Simpson in Ohio’s Butler County, which, with one donut shop for every 20,000 residents, has more donut shops per capita than anywhere else in the US. Pick up your official "passport" and use it as a guide—and motivation—to drive you through the Donut Trail’s ten curated stops, located along 80 miles. Many of these local shops are family-owned and have been dishing out treats for decades. Forget about chocolate-frosted donuts and prepare for some pretty zany indulgences, like the banana pudding and Oreo options at Martin’s Donuts. If you fill up your passport, you can swap it for a T-shirt, but a word to the wise: Get an early start. It’s not unusual for some places to sell out.

4. HOT ON THE TAMALE TRAIL IN MISSISSIPPI 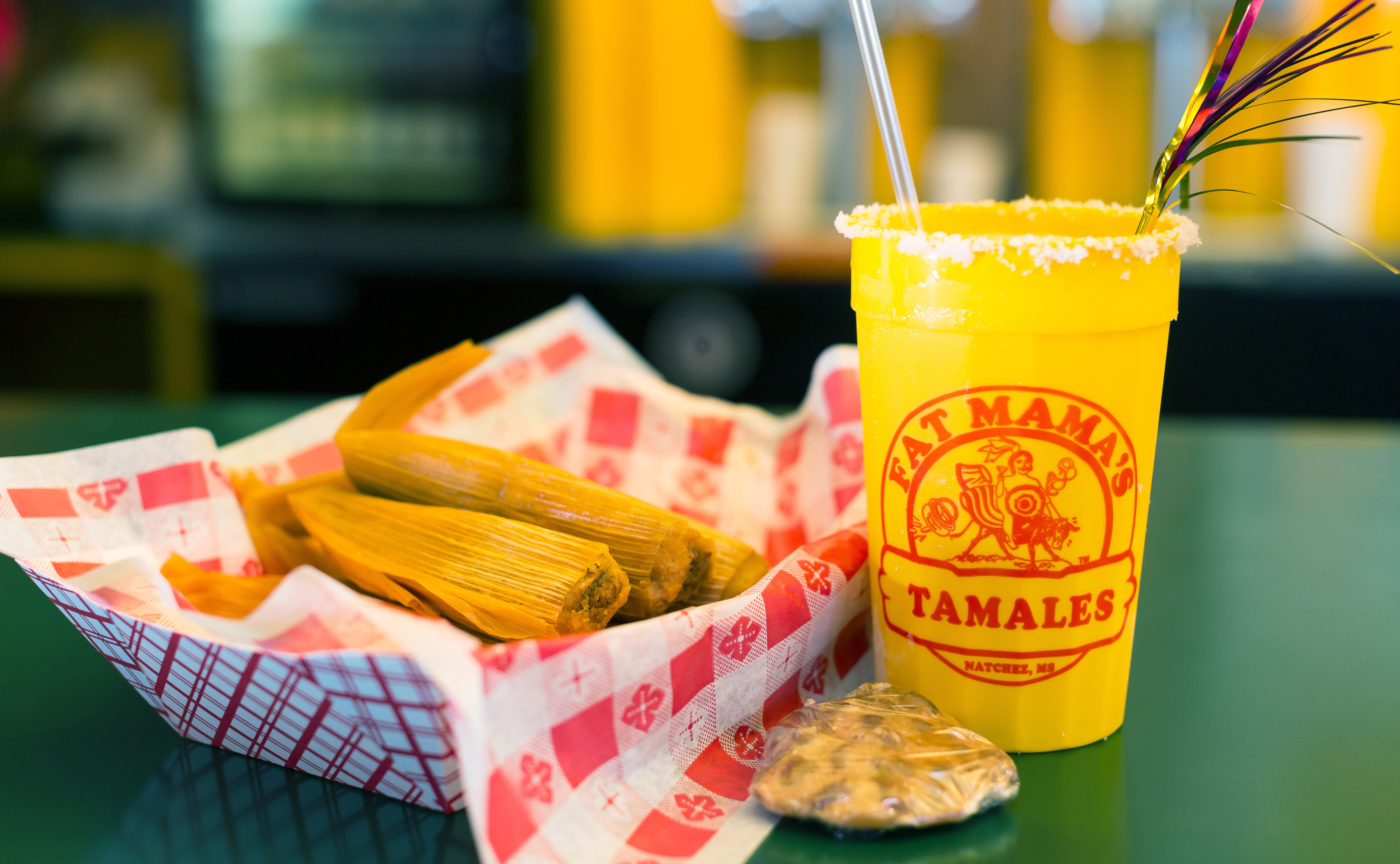 When you think of wraps, you probably think of burritos or spring rolls, but in Mississippi, they’re all about tamales, the traditional Mesoamerican roll-up that’s steamed in a banana leaf wrapping. The Magnolia state might not be where you expect to find Aztec culture, but the Mississippi Delta, the “most Southern place on earth,” has a rich tradition in this particular food. Curious about how that came to be? There's an app (and a map) for that. Designed by the Southern Foodways Alliance, an organization that studies and preserves Southern culinary traditions, the SFA Stories app provides oral histories of various regional specialties, including a spotlight on Mississippi's Hot Tamale Trail featuring nearly 30 venues. The trail offers a rich cross-cultural history lesson as you taste-test tamales—both traditional and creative—at all sorts of establishments, from restaurants to quick marts and markets to food carts to burger joints. Each spot has its own unique story, making it a road trip for the ages. 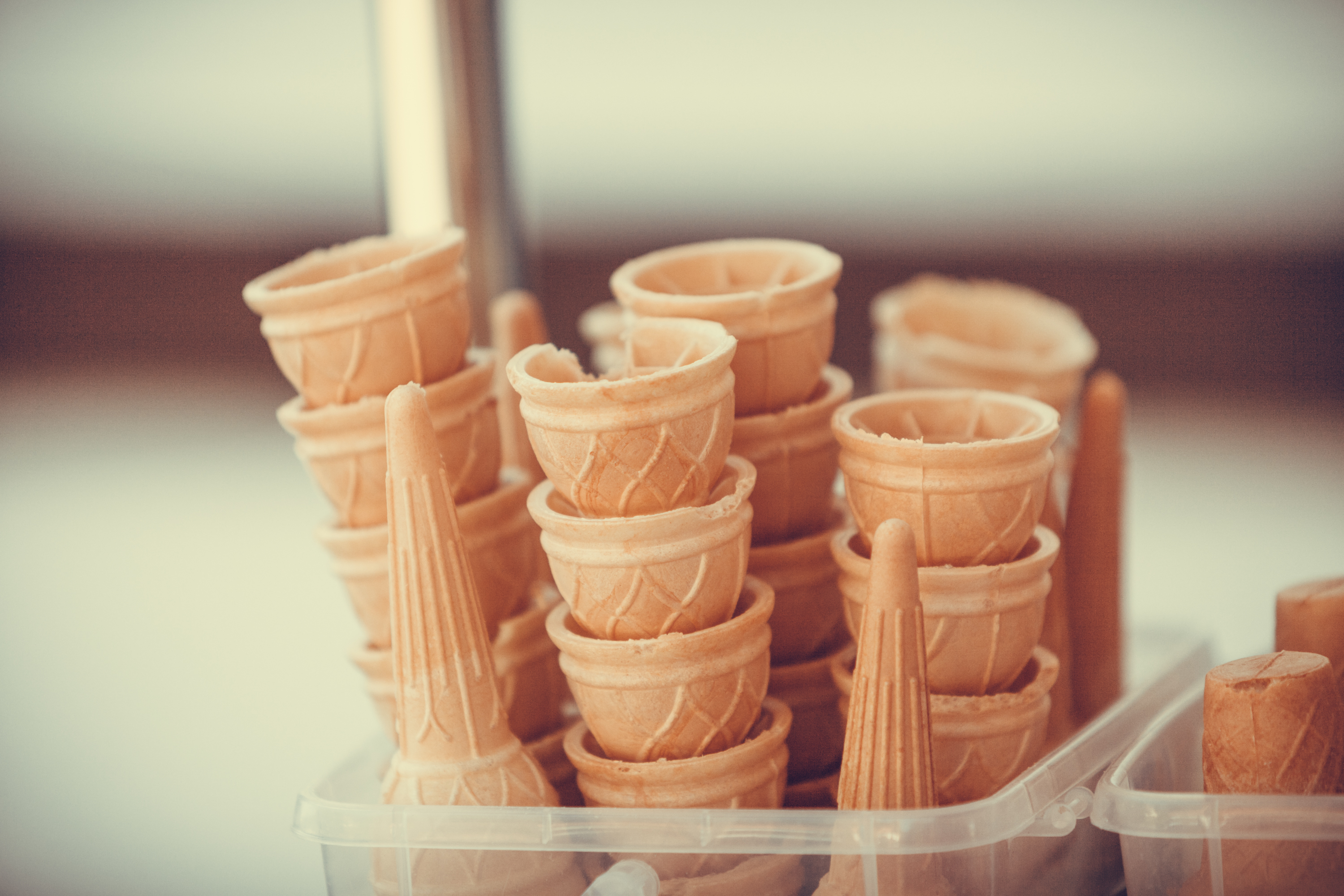 There are almost 50 stops on the New Hampshire Ice Cream Trail. Yes, almost 50. The Trail, designed by the Granite State Dairy Promotion, encompasses restaurants, old-timey scoop shops, dairies, bucolic farms and orchards, vintage candy stores, and roadside stands located from Pittsburg up in the northernmost part of the state down to Salem in the southernmost part. Because it's so expansive, you can make it a getaway option for a day, a weekend, or, if you’re a true rocky-road warrior, longer. Pick up a map and a passport at the state’s rest areas, welcome centers, or at participating shops and collect stamps at each stop. The organization's website (www.nhdairypromo.org) features a digital map and plenty of info about each stop. If you complete the passport, you can send it in for a sweatshirt and be entered in a drawing to win a basket of New Hampshire–made products as well as a year of membership to your local Planet Fitness. How's that for incentive for eating ice cream?

There are a number of food and drink trails in Ohio designed for visitors to learn about a regional specialty, from the aforementioned Butler County donut extravaganza to the Columbus Coffee Experience. But the Eaterarian Trail in Marion County is designed for visitors to get acquainted with something else: local joints beloved by locals. Many of the selected spots are off the well-worn path and easily written off as holes in the wall, and that is a travesty. Ranging from retro diners to quirky breakfast joints to welcoming taverns to soda fountains, these places are diverse in terms of menu offerings, but they all have one thing in common: comfort food served with a healthy measure of soul. Try the famous bologna sandwich with homemade meat and cap it off with a slice of mile-high pie at the G&R Tavern. Treat yourself to the lunchtime pizza buffet at the OK Café, a root beer float at Stewart’s Root Beer, and Argentinian-accented comfort grub at Baires Restaurants. 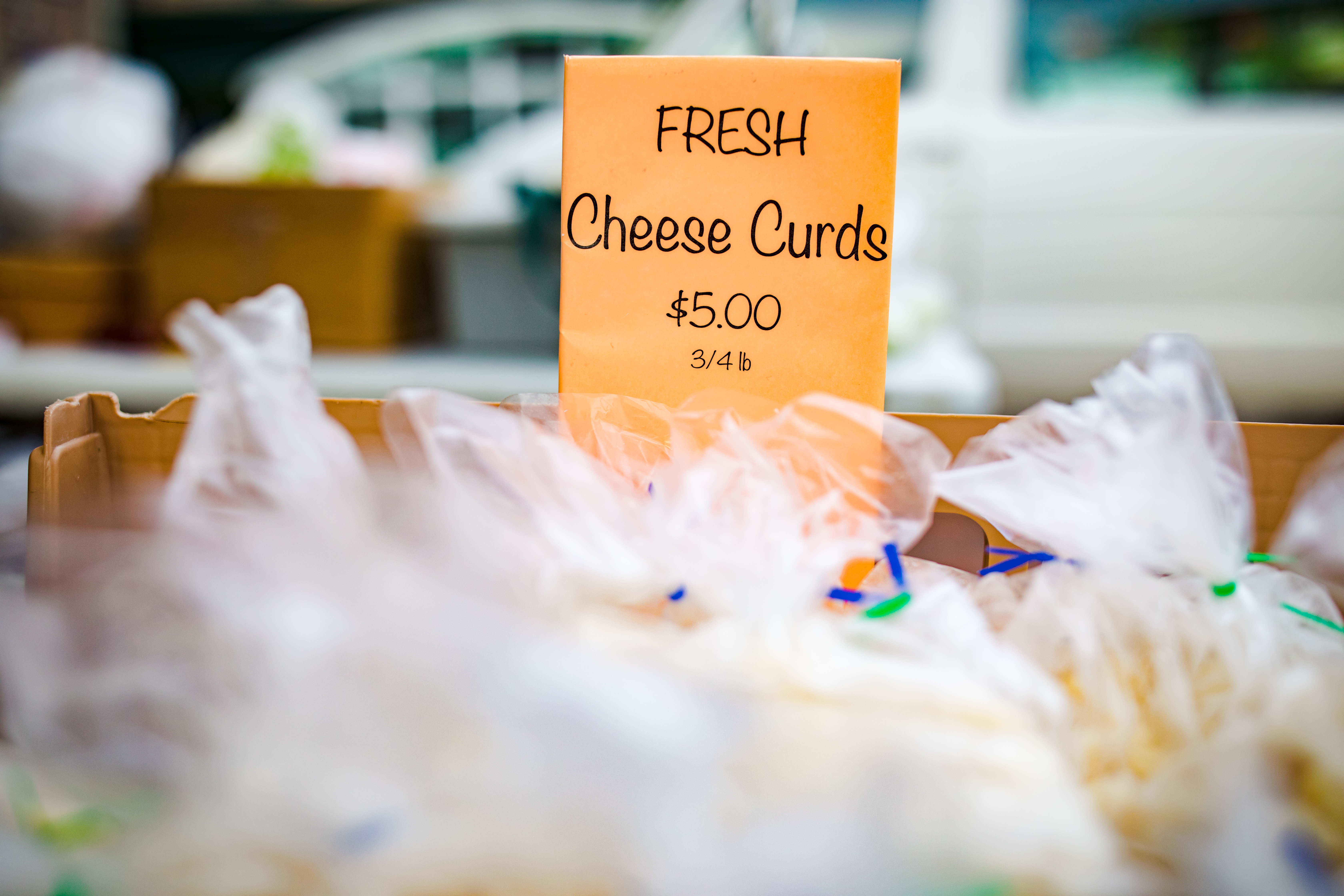 There is so much more to Wisconsin cheese than cheddar and blue. Throughout the state, there are more than 60 producers turning out hundreds of different styles, many of which are small-batch, organic, and even one-of-a-kind. Planning a tasting trip can be a little overwhelming, but thankfully, the Wisconsin tourism board has devised detailed itineraries for different regions so cheeseheads can get a sweeping understanding of the state’s dairy industry. One of them, for instance, takes you on a three-day twirl through the southwestern part of the of the state—a day in Madison, a day in Green County, and a day rambling through small towns like Sauk City and Spring Green—and offers suggestions for tastings at stores, tours of small farms, meals at restaurants, and even places to stay.