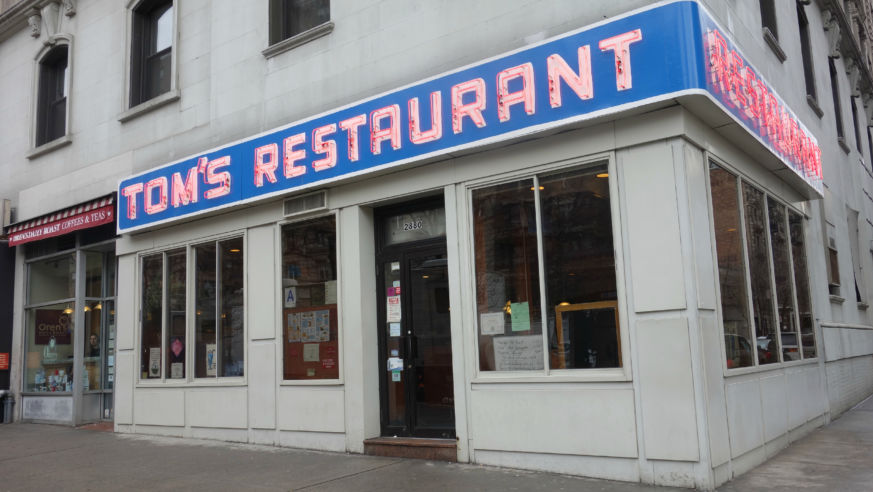 With a casual atmosphere, familiar greasy spoon fare and a distinctive lingo all their own, roadside diners hold a nostalgic place within the greater scope of American restaurant culture. Whether you’re stopping in for a burger, fries and a milkshake or breakfast all day with a bottomless cup of coffee poured by sassy waitresses who can still get away with calling customers “hon” and “sweetie,” these iconic eateries can always be counted on to deliver a satisfying dining experience. Here are ten of the most quintessential diners to visit across the country.

New Jersey bills itself as the diner capital of the world, and the Roadside is about as exemplary as it gets. Housed in a shiny chrome unit that still contains the original 1940s stools and booths, the eatery’s been cooking up omelets, pancakes, burgers and tuna melts since the 1940s. A fun bit of local trivia: the Roadside served as the backdrop for Bon Jovi’s 1994 Crossroad album cover, and also made an appearance in Bruce Springsteen’s “Girls in their Summer Clothes” music video.

With just 15 seats to work with, it’s safe to expect a wait at this breakfast-and-lunch-only diner. The railcar that houses the restaurant was originally built in 1927, and holds the distinction of being one of just two surviving Pollard cars left in the country. The tuna salad sandwiches and tuna melts here are two of the most in-demand dishes, and good enough to make diners forget all about traditional New England lobster rolls.

Movie buffs may remember Brent’s Drugs from its star turn in “The Help,” but the historic Fondren district diner/soda fountain inside the pharmacy has actually been in business since 1946. Snag a vintage turquoise vinyl booth or a seat at the counter and order up some classic Southern pimento cheese, biscuit sandwiches with a side of cheese grits, or a signature Brent’s Burger washed down with a classic Coke float.

Just a few miles west of Indianapolis, the Oasis moved around a few times before finally settling into its current location on the Old National Road/U.S. 40 in 2014. Originally manufactured in New Jersey and shipped to Indiana by rail in the 1950s, the now-restored diner shines like a new penny. On the menu? Western omelets, biscuits and gravy, patty melts, hand-crafted sodas, slices of pie, and of course, breaded Hoosier pork tenderloins pounded out thin enough to overhang the bun.

Sitting pretty right next to the “Singing Bridge,” which got its name thanks to the sonorous metal gate flooring, Rick’s ranks as Frankfort’s oldest restaurant, in business since 1943 with memorabilia on the walls that details the history of the beloved local eatery. The diner’s small stature belies a big reputation for Cajun/Creole-inspired breakfast and lunch fare — crawfish pie, chicken and sausage jambalaya, New Orleans-style muffaletta and a handful of tasty Louisiana po boy sandwich variations.

Art Deco style is alive and well at this period railcar diner, shipped to the Twin Cities from New Jersey in the 1930s and entered into the National Register of Historic Places in 1983. The joint never closes, staying open (and busy) 24/7, 365 days a year slinging hash browns, pancakes, eggs, chili, burgers and creamy, hand-dipped milkshakes so thick you’ll probably want to just ditch the straw altogether and use a spoon.

Nearly a century old and still going strong, Lou Mitchell’s stands directly where the original Route 66 begins in Chicago’s West Loop, making it a long-time landmark for hungry “Mother Road” travelers. As a sweet tradition, Lou’s greets guests with doughnut holes (the kids get Milk Duds!) when they come through the door. The breakfast and lunch menus cover all the expected diner bases, but the ethereally fluffy omelets are the most consistently popular orders.

Los Angeles is full of great hipster retro diners to explore, but Pann’s is required eating on the way to or from LAX. The Googie-style building with slanted roof looks like something out of the Jetsons, and the “Just Wonderful Food” motto doesn’t lie — Pann’s plates up dependably satisfying steak and eggs, buttermilk pancakes, fajita omelets, Dreemburgers and six-slice BLTs. There’s even a champagne brunch option on Saturdays and Sundays.