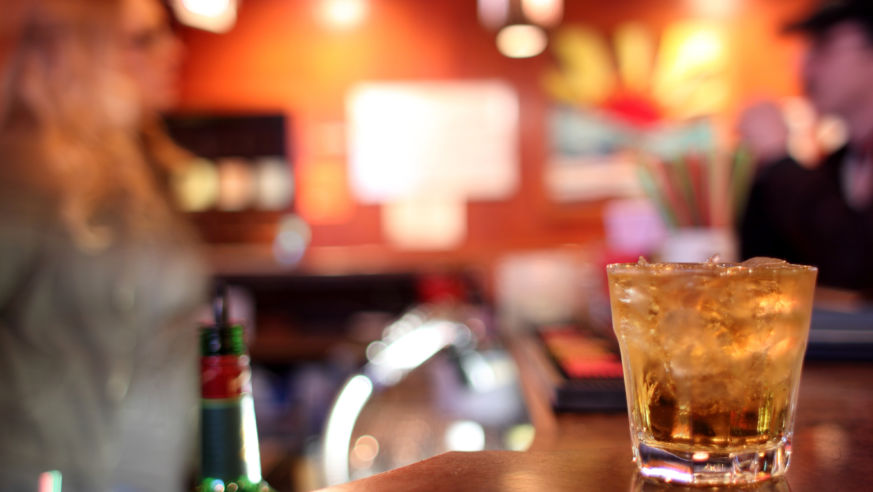 Across Manhattan, bars prevail. The Mayor’s Office counts at least 13,000 nightlife establishments in the borough, with still more new liquor licenses issued every week. But among the island’s posh lounges and trendy speakeasies charging $25 per cocktail, there remain a cherished handful of classic New York City dive bars.

These are the haunts that have survived the decades with their own kind of style: mismatched furniture, extended happy hours, charmingly surly bartenders, and wooden bars worn down from a billion wipedowns. You won’t find leather-bound mixology menus on this extreme shortlist. Just cheap drinks in dives from downtown to Midtown, each one serving up its own unique character.

Few bars outside the French Quarter can claim such sentimentality about Styrofoam cups, but those 32-ounce draft beers never tasted so good – or so cheap (just $6.50 to $10.50 for a nice selection). Since 1973, Jeremy’s has watered down locals and workers around the South Street Seaport, who pack around its many ale-house tables for drinks and bar grub, starting as early as 8 am on weekdays.

Nobody really knows why there are bras hanging from the ceiling, but it shouldn’t deter you. Because really, Jeremy’s draws an uncommon mix of Wall Streeters, construction workers, and true-blue New Yorkers – all of whom share the common interest of drinking cheaply in the familiar ambience of a simple, fun neighborhood joint.

Slinging drinks since 1916, this Lower East Side barroom is a bonanza of old-Manhattan originality. The colorful sign over the door shows a multicolored martini tipping over, perhaps a harbinger of what’s ahead at 169, home of the pickle martini. Inside, it feels like anything can happen, from pool on a leopard-print table to soul and funk grooves under the disco ball, to tasting an array of oysters and seafood. But you’re in the right place if you just want to drink on a budget, with happy hour prices from 11:30 am to 7:30 pm daily. Bonus: At 169 Bar, you can text in your drink order for speedy service.

In the middle of Nolita’s high-priced cocktail scene is this affordable oasis. Milano’s has served up boozy standards since 1880, and now stands alone on a stretch of E. Houston Street as a staple dive for shot-and-beer specials (usually $5) and 5-8 pm daily happy hours. The long, narrow bar is perfect for both drowning sorrows or laughing with pals, either activity accentuated by the jukebox and crazy décor.

If you like your dive with attitude, Doc Holliday’s honkytonk is your joint. Occupying a prime spot on Avenue A at E. 9th Street, Doc’s often sports a sign out front discouraging moneyed/entitled types from whisking in for its cheap, potent pours. Expect friendly bartenders and a boozy crowd, many of whom arrive early for the 5-8 pm weekday happy hours, then stay for the pool table and rollicking jukebox.

This dive is a little different, because its kitsch, like its drinks, are so strong. But for New Yorkers who want a little trailer-park flair in their firewater fun, hitch up to this Chelsea bar. Happy hours of $3 beers (including rarely-seen-in-NYC Shaefer cans) and $5 margaritas beckon daily from 4 to 6 pm. You can balance the booze with tater tots, sloppy joes, moon pies, and other down-home delights. It all suits this setting of Naugahyde furnishings and dazzling memorabilia that seem left behind from too many trailer-park yard sales.

The dive-bar desert of Times Square still has a glorious winner in Jimmy’s Corner. Parked in the middle of W. 44th Street (just east of Broadway), this boxing-shrine bar was opened by former prizefighter Jimmy Glenn in 1971. It’s going strong today, thanks to devotees who pack into the slim front bar and back tables for strong pours by no-nonsense bartenders. There’s no happy hour, but on the bright side, drinks are wildly inexpensive (e.g. $3.50 for a vodka-tonic), and the bar is open from 10 am to 4 am daily.

There’s something lovable about a dive that’s survived condo culture despite its duct-taped seating. That’s Rudy’s, the self-proclaimed “historic dive bar in NYC” marked by a giant pink pig statue. This Hell’s Kitchen tavern opened in 1933 at the sunset of Prohibition. Today, most locals who love Rudy’s rely on its free hot dogs, if not for genuine sustenance, then to help them curb the drunkenness delivered from $12 pitchers. But this bar is lovable any way you want to drink it, from affordable top-shelf tipples to $4 shots (no happy hour need).