Best "letter to the editor" of the year?

In our recent special issue with the "Best Places You've Never Heard Of" cover story, we published a letter to the editor that I'd like to share with anyone who may have missed it:

I had a good life—a beautiful wife, two daughters, a house, and a job. But despite all that, my life had become boring. I'd forgotten that there's so much out there to explore. I picked up Budget Travel at the supermarket. That week, I told my wife, Tammy, that it was time we started seeing the world.

Our first trip was to Puerto Vallarta, Mexico. Tammy and I watched the sunset every night, and I fell in love with her all over again. That was in 2001, and we vowed we would travel whenever we could. We took our kids to San Diego; Myrtle Beach, S.C.; Gulf Shores, Ala.; and Florida, going even when we could barely afford it. Our trips brought my family together in ways that I will never forget.

For our 15th wedding anniversary, Tammy and I wanted to go to the Florida Keys. Money was tight, but we went anyway. We came back amazed—it was so great.

Not long after, Tammy died in a car accident. She was my best friend, and I wake up every day missing her. But I also think of how glad I am that we didn't put off traveling: Every day, the setting sun reminds me of her beauty and how fortunate I was to experience so much with her.

Last January, 42 family members and friends joined me in Puerto Vallarta for a sunset toast to Tammy. Some of them had never left our town, so taking a trip was a new beginning for them, just as it was for Tammy and me seven years ago.

I wanted to thank you for all the wonderful times I shared with my wife because you brought these places up close each month. You have changed my life and my friends' lives forever. We will always travel!

Paris: Eating on the wild side

Once upon a time in France, hunting was a privilege reserved for nobility. Forbidden from la chasse, everyday people were powerless to procure the woodland creatures that scampered around them. Prohibition gave rise to a serious proclivity&mdash;a sort of national longing for tail. This pent-up desire was unleashed in 1789, when the French Revolution granted hunting rights to all citizens. Chefs and family cooks alike were suddenly free to serve the sauvage. Centuries later, the consumption of wild things continues unabated. To cater to this national obsession, most traditional restaurants serve game during the autumn-and-winter season. Some cheat with frozen supplies. But no shortcuts are taken in restaurants serving haute cuisine. Places like Taillevent and Guy Savoy take extreme pride in their selection and preparation of gibiers (wild game). But for those who don't have money to burn (the cheapest dinner menu here costs around &euro;300/$385), here are some other addresses where you can taste this tradition at a bargain price. Le P'tit Bougnat: One of the least expensive options, Le P'tit Bougnat has more game than Justin Timberlake. Menus start at &euro;17 ($21) and feature partridge, pheasant, and wild boar, all served with classic sides like blueberries and chestnuts or pears cooked in wine. 118 boulevard de Courcelles, 17th arrondissement, 011-33/1-47-63-97-11. Le Repaire de Cartouche: The name translates roughly as "hunter's hideaway," signalling Rodolphe Paquin's affinity for cooking the freshly caught. A reasonably good restaurant year-round, this place becomes a sure shot during game season. 8 boulevard des Filles-du-Calvaire, 11th arrondissement, 011-33/1-47-00-25-86. Chez Michel: Thierry Breton is a master fish cook, but also likes to show off during game season. His good-value blackboard menu includes forest friends for a small supplement. Save room for dessert because his Paris-Brest is the best in the city. 10 rue de Belzunce, 10th arrondissement, 011-33/1-44-53-06-20. La R&eacute;galade: Help yourself from the sideboard to a slice of game terrine with onion confit, then settle back to ponder your choice between partridge, wood pigeon and wild boar stew. This convivial and inexpensive bistro is a favorite among locals and tourists alike. 49 avenue Jean-Moulin, 14th arrondissement, 011-33/1-45-45-68-58. Le Cerisaie: This restaurant is the size of a shoebox and always packed with dedicated diners. Specializing in the cooking of southwest France, Cyril Lalanne is also something of a game nut. Try his p&acirc;t&eacute; of mixed game in a crust, served with sour cherry preserves. 70 boulevard Edgar Quinet, 14th arrondissement, 011-33/1-43-20-98-98. Selection of game at these, or any other Paris restaurant, will vary according to what's being hunted in the moment. Birds appear early in the fall and are followed by rabbit and later deer. Some of the most common gibier that feature on restaurant menus are translated for you here. Flying Game becasse - woodcock caille – quail canard - duck caneton - young male duckling canette - young female duckling colvert –wild mallard duck faisan - pheasant grouse – grouse palombe - wood pigeon perdrix, perdreau - partridge pigeon -pigeon Hopping Game lievre - hare lapin - rabbit lapereau - young rabbit Hoofing Game biche - doe, young female deer cerf - stag, older male deer chevreuil - young male deer bison - bison caribou - caribou sanglier - wild boar marcassin - young wild boar MORE FROM BUDGET TRAVEL Check out our handy one-page France Menu Decoder for 2008.

Denver, the town of Buffalo Bill and Rocky Mountain highs, is celebrating its second annual Art Week, beginning this weekend. There are more than 150 events packed into nine days; it all kicks off with free admission to some of Denver's museums on Friday evening. "Night at the Museums" goes from 5 to 10 p.m.&mdash;visit venues such as the Denver Art Museum or the Colorado History Museum. You can search the events calendar for a ton of other events going on&mdash;Art Week runs through Nov. 22. The Denver Film Festival is also happening this weekend (it goes through Nov. 23). Get your camera phones ready for a possible celebrity encounter: Star-studded film The Brothers Bloom will have an opening, as will the Mickey Rourke comeback-vehicle The Wrestler. Tickets start at $11&mdash;see all pricing and scheduling info. Denver is turning 150 this year, and the city is taking 15 days to celebrate. One highlight: the official birthday celebration, complete with cake, is Nov. 22, where the Colorado History Museum will unveil Denver at 150: Imagine a Great City. With all these events going on, you could stay awhile. In the Mile High Holiday promotion, 20 area hotels are offering a starting nightly rate of $52.80. (Curious about the number? Denver sits 5,280 feet above sea level.) Better act fast; the rates are based on availability (and exclude New Year's Eve). PREVIOUSLY Denver's a Green City MORE See Denver's city magazine, 5280 Get Real Denver, the nightlife blog Find more travel blogs at Alltop 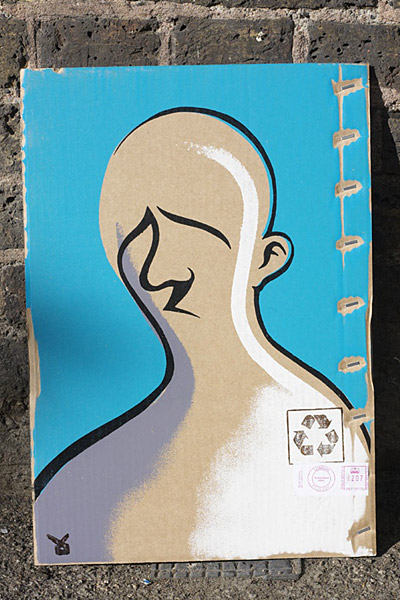 London: Free art in the streets

If you're walking the streets of London tomorrow, you might stumble upon a piece of artwork by Adam Neate, one of the world's top street artists. Unlike some of his famed graffiti, these pieces are portable&mdash;feel free to take one home with you. Just before dawn on Friday, Neate's helpers plan to distribute 1,000 screenprinted paintings all over the city, starting on the outskirts and working their way inward. The pieces&mdash;printed on cardboard, wrapped in cellophane, and autographed by the artist&mdash;will be placed everywhere from outside public landmarks to questionable alleys in sketchy neighborhoods, until their new owners pick them up. Neate's giving back to the streets, where he began his career as a graffiti artist. He pulled stunts like this before he made it big, but these days, his works fetch as much as $100,000. He told the Independent earlier this week: "It has always been a dream of mine to do a show around the whole of London, to take over the city in one go. I want everybody to be able to see it, but once the pieces are out there, I don't mind what happens to them." It'll be a heyday for budget art collectors&mdash;if you find anything in Neate's London gallery, be sure to let us know.