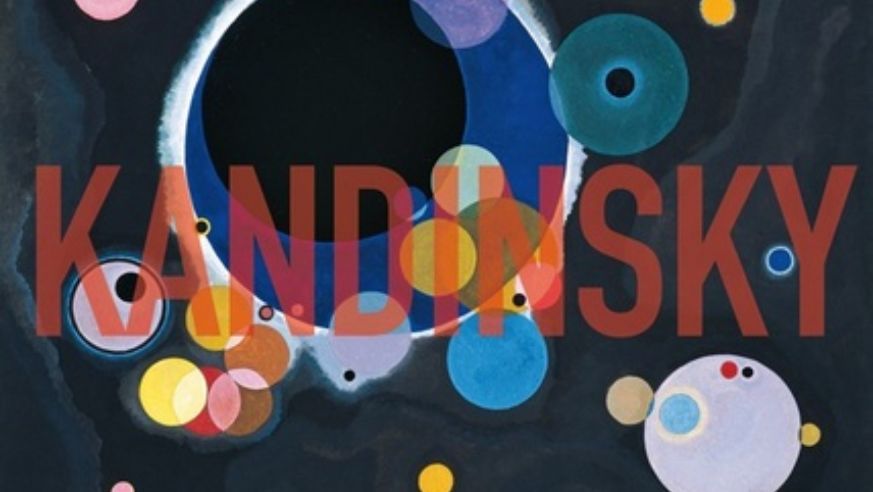 Courtesy Centre Pompidou
Wassily Kandinsky, one of the 20th-century's key artists, gets a retrospective now through August in Paris

The English-speaking community in Paris is currently benefiting from a budding art blog scene. I V Y paris has long been a leader, along with GoGo Paris and Paris Update. I've also been loving a new art blog called The Great Exposition. All together, these enthusiastic bloggers are covering just about everything that's worth seeing. A selection of their picks for spring and summer shows are below.

David LaChapelle Retrospective at Monnaie de Paris (through May 31, 2009)

This retrospective of the surreal photographer is "showing more than 200 photos including his clichés of Hollywood's glitz and glam, portraits of celebrities, and depictions of American culture (read more on I V Y)." Like Warhol before him, LaChapelle is "fascinated by American dreams and the havoc they wreak. The star portraits exaggerate the artifice celebrity culture usually seeks so desperately to hide, rendering it garish, unsettling, but also somehow amusing (read more on GoGo Paris)." "Call him camp, kitsch, and commercial all you like, but his giant photographic mises-en-scene are still a lot of fun to look at and might even provoke a thought or two (read more on Paris Update)." 11 quai de Conti, 6th arrondissement, closed Monday.

William Eggleston at the Fondation Cartier (through June 21, 2009)

"A highly personal and unusual vision of Paris by one of the founding fathers of colour fine art photography (read more on GoGo Paris)." The Cartier Foundation commissioned this series from Eggleston, a photographer whose "astounding color sense and semi-abstract, highly atypical views of Paris are often startling. While many of them could have been shot anywhere, others simply suggest Paris, glancing at the city from unusual angles (read more on Paris Update)." 261 boulevard Raspail, 14th arrondissement, closed Monday.

"Although he's put forward as the "visionary genius of English Romanticism", Blake evades "isms." His work is like nothing else produced at the time. The strong sense of design and stylization of the human form simultaneously recall the flat decorative nature of medieval manuscripts, and project forward to early comic-book superheroes: all sinewy forms and bulging muscles (read more on The Great Exposition)." Avenue Winston Churchill, 8th arrondissement, closed Monday.

"A selection from the thousand or so portraits that he painted from the early 1960s onwards is here presented by themes focusing on the key points in Warhol's work … which situate them in a retrospective view of his production (read more on I V Y Paris)." "Highlights include the unexpectedly captivating screen tests (footage of attractive, semi-famous people smoking, staring, mumbling …) and rarely published Polaroids that inspired the more famous larger-format pieces (read more on GoGo Paris)."

Wassily Kandinksy at the Pompidou Center (Centre Pompidou) (through August 10, 2009)
"After a small group of the artist's early, rather cloying Russian-folklore-influenced paintings, you turn a corner and are electrified by a display of paintings that positively explode with color and joy (read more on Paris Update)." "The colours are brilliant and the forms and compositions seem to be a completely honest expression of painterly experimentation- they don't represent anything other than a pure sensory experience. … It is poignant to learn how the work of such a pivotal figure in modern art was sidelined and censored at the end of his career (read more on The Great Exposition)." 19 rue Beaubourg, 4th arrondissement, closed Tuesday.

20-Plus Paris museums for free

Restaurants and bars to visit pre- or post-Louvre