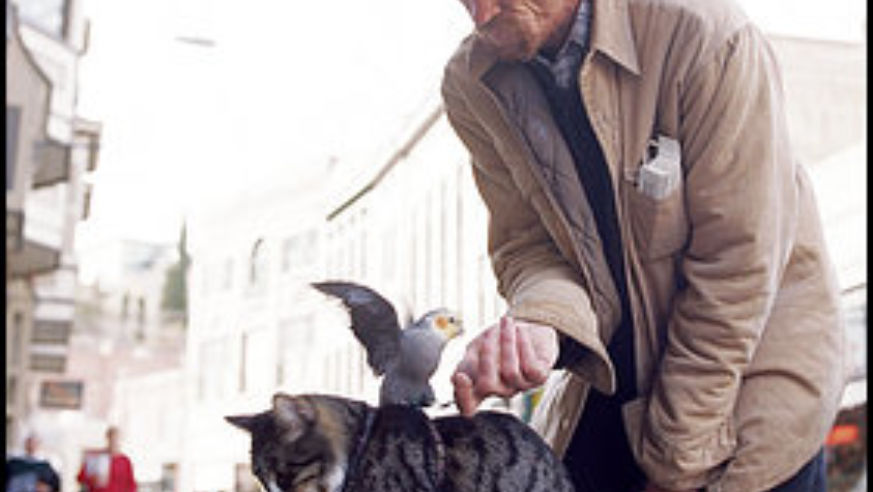 Greg with his pets

Once a rowdy copper mining town, Bisbee--in the Mule Mountain range, 90 miles southeast of Tucson--still attracts a fair share of misfits and folks on the fringe. "Bisbee is for people who don't like the ordinary," says longtime resident Cynthia Conroy, a dog trainer.

One prime example is Reed Booth, a.k.a. the Killer Bee Guy. Booth removes swarms of killer bees from wherever he finds them, collects their honey, and sells it at his downtown store, Killer Bee Honey (15 Main St., 520/432-2938, eight-ounce jar $6). Then there's Greg--no last name--who has trained his pets to stand in a pyramid: bird atop cat atop dog. (Sometimes, there's a mouse, too.) Greg can regularly be seen parading his menagerie around.

Stylish amenities are slowly joining Bisbee's oddities. On the first Monday night of each month, the Prickly Pear Cafe has a themed meal and movie night. To accompany the 1998 film Run Lola Run, they served bratwurst and sauerkraut (105 Main St., 520/432-7337, movie night dinner $8). Behind the café is the Old Bisbee Wine Merchant; both are co-owned by partners Ryan White and O'Neil McGean. "We came for a visit and fell in love with Bisbee," says White. And at the Shady Dell, nine restored 1950s trailers, a yacht, and an old bus constitute the town's hippest motel (1 Douglas Rd., 520/432-3567, theshadydell.com, from $45).

Since Bisbee sits in a narrow gap in the mountains, staircases often double as streets. To fully understand what makes the place so special, Conroy suggests standing at the top of the stairs and just . . . listening. "Normal sounds take on a musical tone," she says.