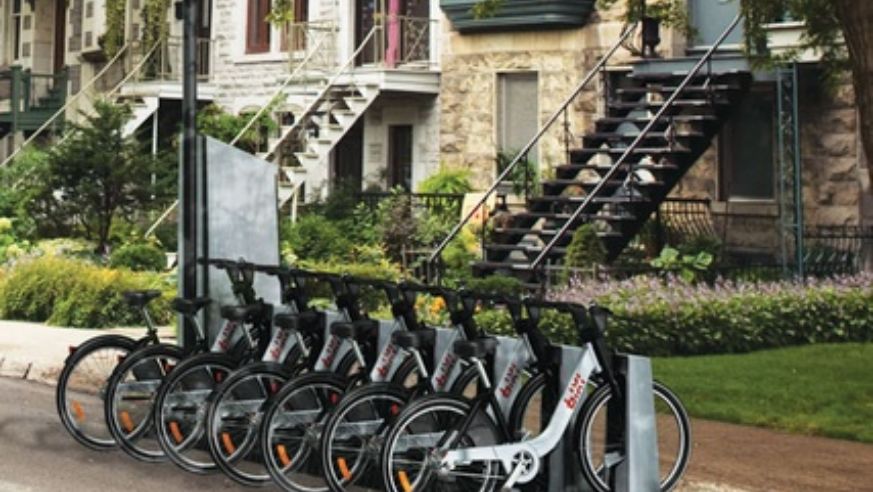 Back in March, we reported on the new bike-sharing program in Montreal called Bixi (a combo of the words bike and taxi). The inexpensive program allows travelers to rent a bike in one solar-powered station and return it at another, all for about $5 plus a usage fee. The first 30 minutes are free.

After some initial, to-be-expected glitches, Bixi has been a success in Montreal, so much so that the model has been picked up by two major metropolitan centers—Boston and London.

Bike-sharing programs are like eco-friendly taxis. You pick up and leave the bike at a spot that's convenient for you while being kind to nature in the process. Possibly the most famous bike-sharing program is Paris's Velib system; according to the Montreal Gazette, the city of Paris estimates the two-year-old program has saved about 15,000 tons of greenhouse gas emissions per 20,000 bikes. The Velib is not without problems, though. A recent New York Times story reported that 80 percent of the program's 20,600 original bikes were vandalized or stolen. This doesn't seem to be happening in Montreal. The Velib also requires a certain kind of credit card to work; it remains to be seen whether London's system will have this same kind of restriction. Stay tuned!

See our video on how to use Paris's Velib bike system.

Rent a Bike in Europe for Nearly Nothing