Five ways to say no around the globe—without uttering a word.

Bulgaria • Greece • Malta
Slowly move your head up and back (like half of a nod).

Afghanistan • Iran
Move your head up and back (as above) and click your tongue once.

Brazil • Ecuador • Italy • Mexico
Extend your index finger and move it side to side.

Lebanon • Turkey
Raise your eyebrows one to three times* while clicking your tongue. * Challenging for the Botoxed

China
Hold your hand in front of you, palm facing out, and wave it from side to side.

New York City: Get a taxi in a jiff

There are thousands of cabs on the streets of New York City, right? Hard to believe when you're stranded at Grand Central Terminal on a Saturday night, in the rain, with a big suitcase*. But thanks to a recent study, there's now some scientific data&mdash;and a smartphone app&mdash;based on the day-to-day flow of taxi cabs in this vibrant city. The NYC Taxi &amp; Limousine Commission, the agency that regulates the city's yellow cabs, used GPS to track taxi pickup locations during a six-month period in 2009, resulting in data for 90 million real rides (who knows, maybe you were one of them?). Sense Networks, a software analyst company in the city, took the data and created a free app, CabSense, that was released earlier this month for iPhone and Android phones. The app will come in handy if you're visiting the city and a bit marooned&mdash;CabSense will map your location and then show you the nearby corners where you are most likely to hail a cab. You can also use the "Time Slider" to plan trips ahead of time&mdash;ideal for that mad airport rush at 4 p.m. The New York Times also took some of the data and created a cool interactive map that shows the taxi patterns across Manhattan during a typical week. Where do cabs pick up most? Penn Station, a major hub for New Jersey Transit, Amtrak, and many subway lines. The city's taxi system is a hot-button topic right now: Back in March, the Taxi &amp; Limousine Commission announced that about 3,000 cab drivers had routinely gouged passengers over two years, costing each one between $4 and $5 per trip. The TLC said drivers were flipping the wrong switch on their meters, kicking in higher out-of-town rates. But drivers hit back, arguing that the meters were often hard to read and that the accusation was unfair because the sample size in the report was too small. The argument is ongoing. In other news, the commission also recently launched a taxi-sharing program. For more on taxi cabs, including a nice list of FAQs and a Bill of Rights, see the TLC's website. *Scenario based on actual, personal events. Oh, and it was cold. 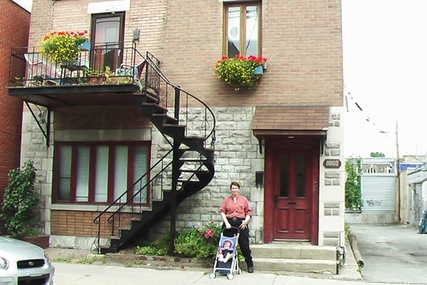 House swapping is an ultimate budget travel feat&mdash; you allow someone to stay in your home while you take off and stay in theirs. You both get free accommodations and an authentic experience in a new city. So what's house swapping really like? We asked Nicole I. Frank of Roofswap.com, a new site that has more than 14,000 house-swapping listings in 130 countries. She offers advice for curious house swappers, and she should know&mdash;the native New Yorker is a veteran of more than 40 house swaps since 1991. Q:Tell us what you get with a membership on Roofswap. A: Roof Swap was founded by passionate home swappers. You'll have access to an easy-to-use template that'll get your home listed for swapping in a few easy steps. Then, you can search one of the largest databases, with 14,000 diverse listings. We also offer customized advice from home exchange veterans like myself, attentive customer service, and unlimited home swap vacations. Editor's Note: RoofSwap's three-month trial membership costs $20; a yearly membership is $75. If you sign up for membership before Dec. 31, 2010, you can get 20 percent off when using promo code MAR2BT0. Q: What do you tell people who are interested in house-swapping but also a little fearful of it? A: RoofSwap has a Forum where members can ask any questions they have and get expert advice from me and other veteran Roofswappers. For more peace of mind, RoofSwap is the only house-swapping club that offers a low-cost insurance policy backed by an insurance company. Most people with home-owners' or renters' insurance can check their policies to be reassured that they are already covered for almost anything that could go wrong. Q: What are the benefits of house-swapping, besides the fact that you get your accommodations for free? A: Vacationing in someone's home helps you "live like a local" for a more interesting travel experience; swappers share insider tips on places to go the area. Swappers are usually happy to care for Rover or Kitty. Families will have more space than in a hotel room and can make use of the swap partners' stroller, high chair, toys, and books. Also, homes have more useful amenities than hotels&mdash; I would much rather have free wireless internet, a kitchen, and a washer/dryer than a mint on my pillow. Swappers can often negotiate trading the use of cars in addition to homes...I could go on! Q: Do you have to live in a big city to be a good candidate for house-swapping? A: There is something interesting about everyone's home town. City folks often want a rural retreat. Swappers from other countries want to experience small-town life. No matter where you live, someone will want to swap for your home. Q: You've been on a number of house swaps yourself. What's your favorite story to tell about house-swapping? A: My six-week honeymoon grand tour of Europe. We stayed in Barcelona, Nice, Paris, and Amsterdam and never spent a penny on lodging. PREVIOUSLY The Secrets to Happy House Swapping 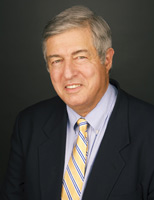 In synch with the Winter Olympics, Zagat has released its latest Vancouver guide. The 2010 Vancouver survey covers ratings and reviews for 298 of the area's finest restaurants, hotels, nightspots, and attractions, including locations in Vancouver, Whistler, Vancouver Island, and Victoria. As usual, the guide shows the cost of each establishment, spotlighting the best values. I recently interviewed via e-mail Tim Zagat, cofounder with Nina Zagat of Zagat Survey. He shared the latest travel recommendations for Vancouver. What's new to eat in Vancouver? According to surveyors, Maenam, a reasonably-priced Thai restaurant located on the West Side is the top newcomer. Other exciting fresh faces include the affordable French Au Petit Chavignol, Downtown's Cibo, West End's Nook, and Les Faux Bourgeois on the East Side. Vancouver surveyors also report a revival by Spanish-style tapas specialists like Mis Trucos and Caf&eacute; Barcelona. What are Zagat's top bang for the buck restaurants in Vancouver? In order: 1. Nat's New York Pizzeria 2. Pajo's 3. Go Fish Ocean Emporium 4. Vera's Burger 5. Tomahawk Barbecue 6. Caf&eacute; Medina 7. Saravanaa Bhavan 8. Nuba Restaurant/Caf&eacute; 9. Vij's Rangoli 10. Gyoza King Where are the most affordable excellent restaurants in Vancouver? The West Side has become the focus for not only new restaurants, but for great values. While some top restaurants have opened affordable "siblings" on the West Side&mdash;including Trattoria Italian Kitchen (sibling of Italian Kitchen)&mdash;meanwhile, Fuel, has scaled back to re-open as refuel, with a more moderately priced menu, joining a trend among some other eateries. Biggest change in a Zagat rating for any one property/restaurant, that's eye-catching, from a previous edition? Blue Water Cafe &amp; Raw Bar appears to have made a prominent jump into the Top 10 on our Top Food list and Top 5 on our Most Popular list for Vancouver restaurants. Has there been any overall trend in how people have been rating restaurants? The current state of the economy has certainly left surveyors more focused on how to get the best meal at the best value. But, in terms of categories, we've continued to see service as an industry weak-link, with 79 percent of surveyors making it their top restaurant complaint. We've found that more surveyors are voting via their mobile phones, too. Any other must-see sights in Vancouver, beyond the Olympics? Perhaps some of the Olympic venues post-Olympics? According to surveyors, the most popular attractions in Vancouver include: 1) Stanley Park 2) Vancouver Aquarium 3) Museum of Anthropology at UBC 4) Capilano Bridge 5) Dr. Sun Yat-Sen Classical Chinese Garden ZAGAT is offering free access to the Vancouver book through the microsite zagat.com/olympics MORE FROM BUDGET TRAVEL My Town: Vancouver Canada's Secret Slopes