Book a $49 Flight on Southwest NOW!

How low? How about Los Angeles to Las Vegas or Phoenix for $49 one-way? New York to Chicago for $73? Houston to Denver for $94? St. Louis to Tampa for $99? These are just a few samples of the dozens of flights that Southwest is steeply discounting until Thursday night. Fares on return flights typically differ from outbound flights, so round-trip fares will vary. But many popular routes are coming in at under $200 round-trip.

TALK TO US! If you book a flight on Southwest this week, we want to hear about your brag-worthy fares. 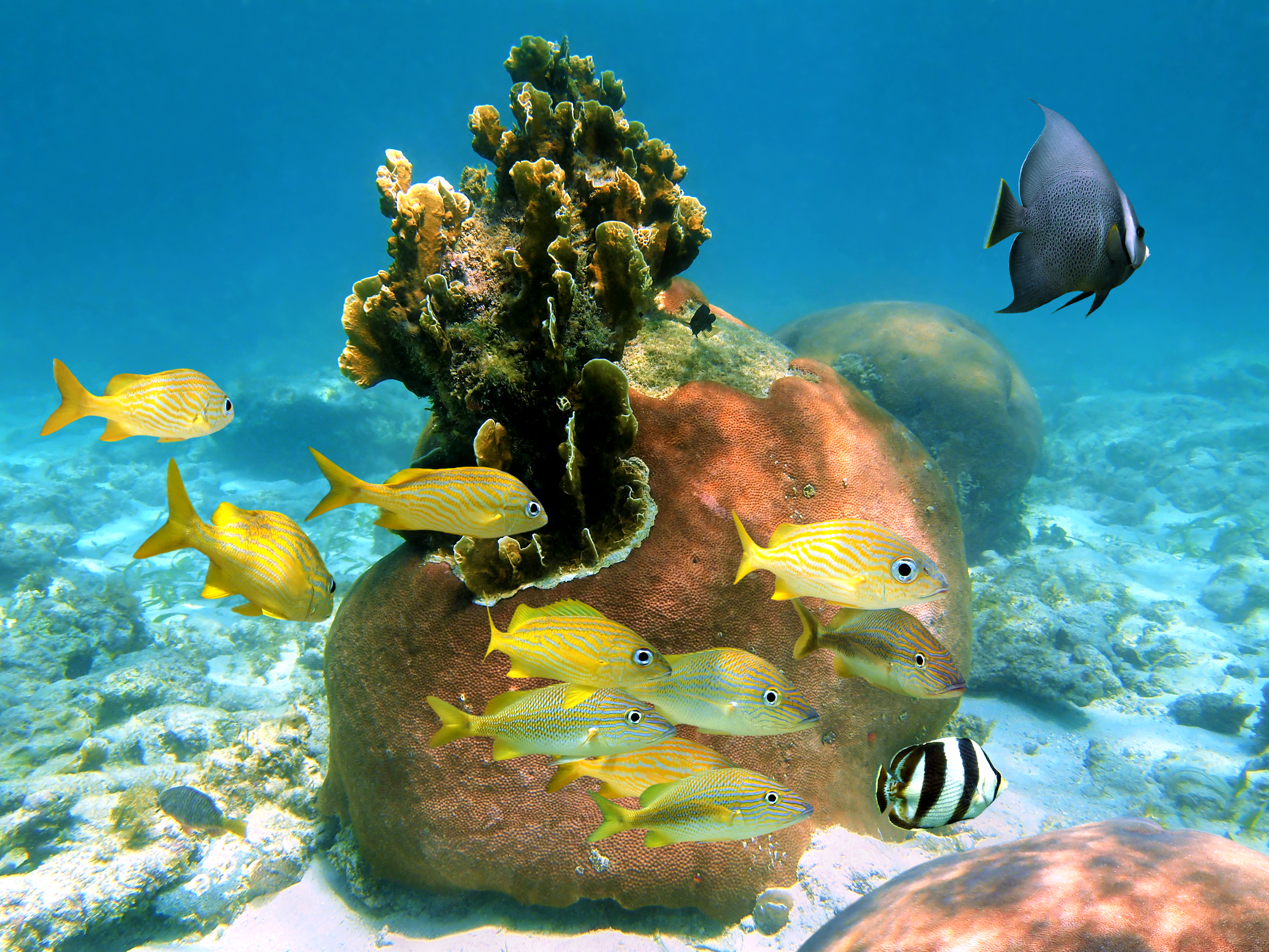 Is Now the Best Time to Visit the Caribbean?

We've crunched some numbers and have good news for those of you yearning for a warm-weather getaway this fall: This year’s Caribbean hurricane season has been mild (as predicted), and the season is winding down over the next few weeks. October, November, and early December are great times to grab bargains in the Caribbean, before the holiday and winter crowds descend, driving up prices. Here’s a sample deal: A family of four traveling to the Bahamas in October can expect to pay around $2,300 for round-trip airfare and three nights in a nice hotel on Paradise island. The same family traveling in February to a comparable hotel would pay upward of $4,000—so that October trip delivers a savings of 43 percent. (It is possible for that family to get a package to the Caribbean around $3,000 in February, but the flight will have layovers, the accommodations won’t be as nice, and they won’t have access to as many perks.) If you're the impulsive type, we’re especially fond of JetBlue Getaways, which are often very last-minute. If you check them regularly, you can find great fall bargains on packages that include round-trip airfare and a few nights' lodging from around $600 or $700 and up to destinations like Puerto Rico, Aruba, and Curacao. You may have to book it within a day or two, but you’ll have till, say, January 1 to travel. (Deals vary, timing varies, it’s best to just keep checking and signup for JetBlue’s alerts, emails, and follow them on social media.) Speaking of signing up for alerts: We suggest that you follow all the major airlines, package tour companies, and hotel chains on social media and sign up for their e-newsletters and deal alerts. You’ll be in on the ground floor when they announce promotions and packages with last-minute booking restrictions. And, of course, for indulgent and affordable getaways, dream trips, and stylish steals, visit Budget Travel's Real Deals regularly! 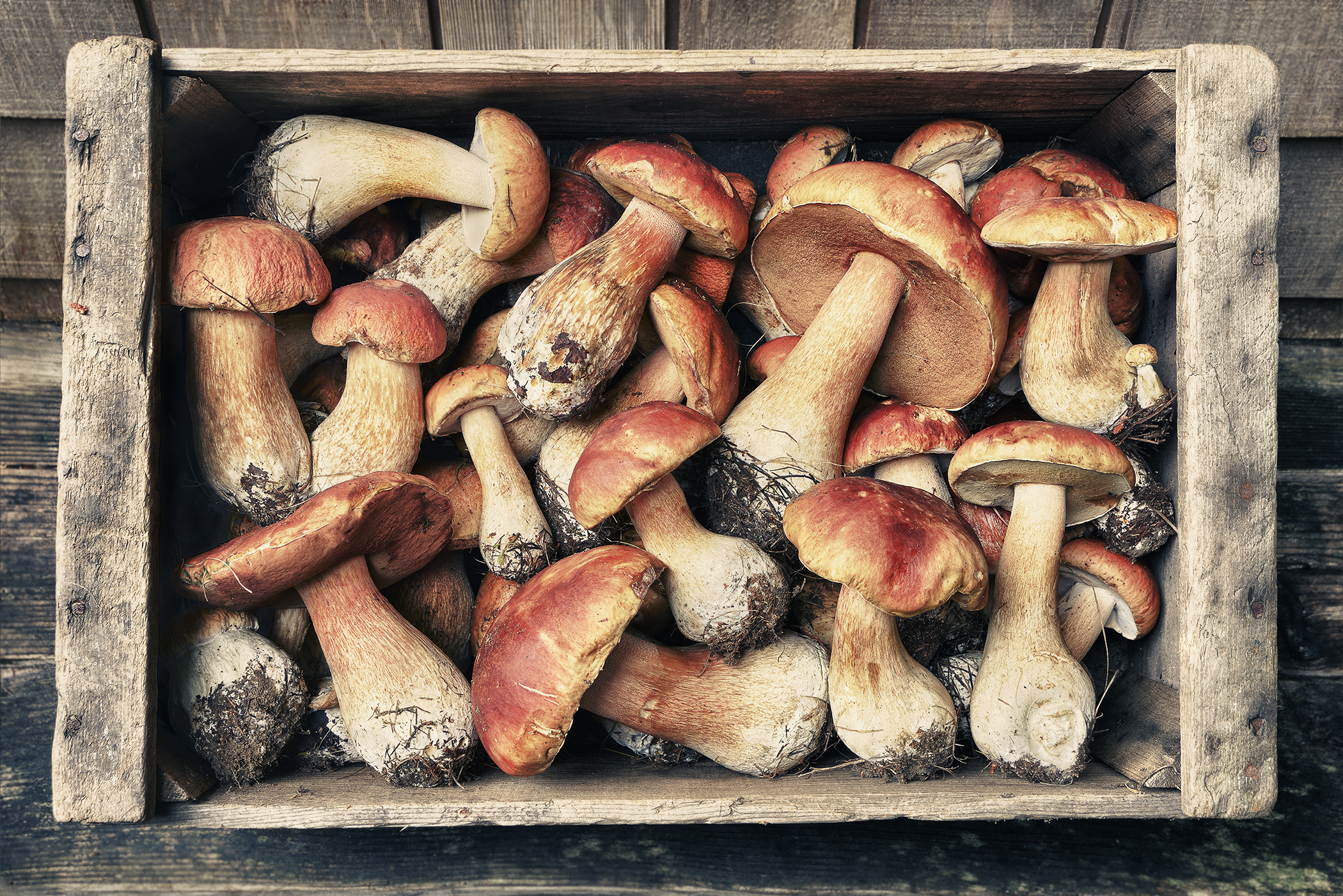 Fall Festivals Worth Traveling To

Celebrating America’s best food, wine, beer, and music, amazing fall festivals are happening over the next few weeks. Here, a look at some of the best! NEW YORK CITY WINE &amp; FOOD FESTIVAL happens next weekend, October 15 through 18, with a wide variety of price points from downright indulgent to stylish steals. All proceeds benefitting Food Bank for New York City and No Kid Hungry. Amazing demonstrations and food and wine tastings at NYC’s Piers 92 and 94, with celebs like Giada De Laurentiis, Rachael Ray, Mario Batali, and Emeril Lagasse hosting events.  You have never tasted anything like this concentration of culinary talent all in one place! It’s a foodie convention like no other! We’re especially excited about the “under $100” events, starting at just $20, which include panel discussions and hands-on classes on Italian cooking, making jam, wine-tasting, home-brewing beer, and cocktail mixology. ARKANSAS STATE FAIR Two-foot hot dogs! Bacon bombs (filled with peanut butter and chocolate)! Fried red velvet Oreos! Those are just some of the jaw-dropping culinary concoctions being served up at the Arkansas State Fair, which happens October 9 through 18 at the Arkansas State Fair Complex in the state capital, Little Rock. There will be rides, animals (including the Exotic Animal Petting Zoo), decadently delicious fried foods, a motorcycle stunt show, high diving, and musical performances by country music giants Montgomery Gentry, rock favorite Eddie Money, and the classic band Styx. And if you love Arkansas as much as we do, check out Budget Travel’s #LoveArkansas contest for a once-in-a-lifetime chance to become our “Local Guide” to all things Arkansas!  CRESCENT CITY BLUES &amp; BBQ FESTIVAL happens next weekend in New Orleans’s Lafayette Square Park, October 16 through 18, and it’s FREE! Hear New Orleans’s finest blues musicians, including The Funky Meters, Allen Toussaint, and Irma Thomas (the Soul Queen of New Orleans). New Orleans is America’s music capital, and this event brings the best of the city’s musicians together for one amazing weekend. BBQ will span a variety of regional styles, including 6-Hour St. Louis Spare Ribs, Jerk Chicken, the “Drunk Pig” – roast pork marinated in dark beer! – Chargrilled Oysters, and Smoked Salmon Sliders! WELLFLEET OYSTERFEST happens October 17 &amp; 18 in Wellfleet, Cape Cod. If you’re a fan of shellfish like oysters and clams, this weekend event is a must, spotlighting local cuisine, arts, cooking demonstrations, educational programs, children’s activities, walking tours of the beautiful town, live music, crafts, and the legendary “Shuck-Off” competition! In addition, proceeds benefit the educational mission, college scholarship program, and community grant awards and initiatives of Wellfleet Shellfish Promotion and Tasting (SPAT), a nonprofit devoted to sustaining Wellfleet’s shellfishing and other aquaculture industries. MENDOCINO MUSHROOM, WINE &amp; BEER FESTIVAL happens November 6 through 15 and one of the things we love about this unique festival is that is is COUNTYWIDE, with restaurants, hotels, and special events all over beautiful Mendocino County, California, for 10 days! Mushrooms flourish in Northern California in late October and early November, and Mendocino County is home to more than 3,000 types of mushrooms, including chanterelles, porcinis, morels, and the rare candy-cap mushroom (which tastes like maple syrup – they even make ice cream out of it!). The festival includes mushroom dinners, winemaker dinners, brewmaster dinners, horseback riding adventures, cycling, kayaking, and, of course, the backdrop of Mondocino County’s rugged coastline (with popular destinations like Fort Bragg, Mendocino, and Gualala), redwood forests, and welcoming little towns. 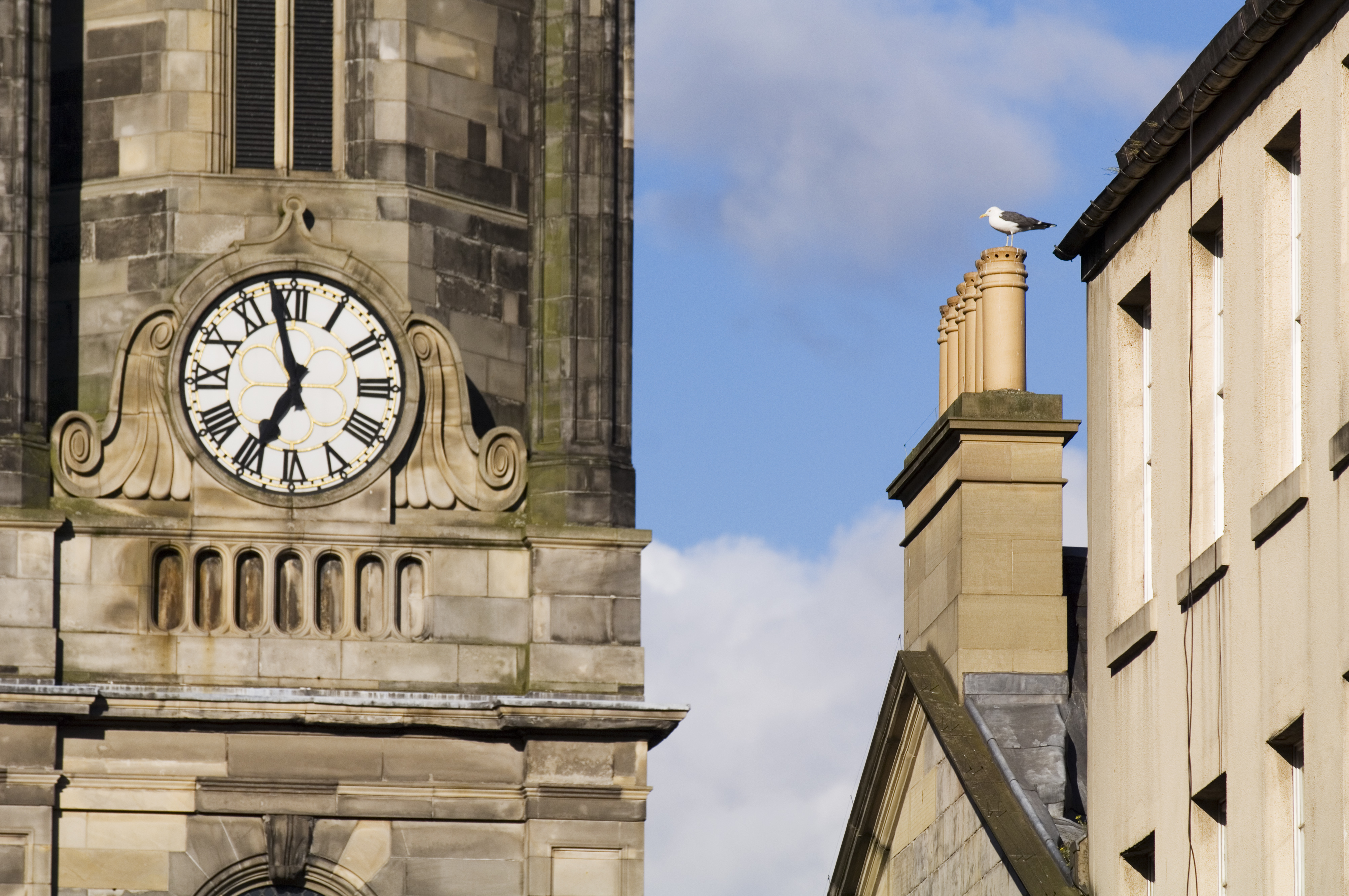 Whoa. Norwegian Air Shuttle ASA announced its intention to offer one-way tickets to Europe for $69, possibly as early as 2017. I know, this raises some questions: How can they offer fares this low? And why do we have to wait more than a year to nab one? The airline’s CEO, Bjorn Kjos, explained that Norwegian (one of Europe’s biggest budget carriers) hopes to offer flights to Edinburgh and Bergen, Norway, from small U.S. airports, such as Westchester County Airport in New York and Bradley International Airport in Connecticut, because those airports have much lower fees than popular transatlantic airports like JFK. What would a Norwegian flight to Europe be like? The airline has ordered 100 Boeing 737 MAX jets, powerful enough to cross the Atlantic but small enough to work in smaller international airports. It’s too soon to say how this plan will be accommodated by U.S. customs at regional airports that at present do not handle international traffic. It seems that budget carriers are grabbing lots of attention lately. Wow Air, based in Iceland, offered one-way fares from Boston to Paris for $99 earlier this year and sure got our attention. Norwegian already offers lower-than-average airfare from the U.S. to Europe, and its use of the smaller jets may make it an even bigger player in the transatlantic flight game. We’re looking forward to hearing more! 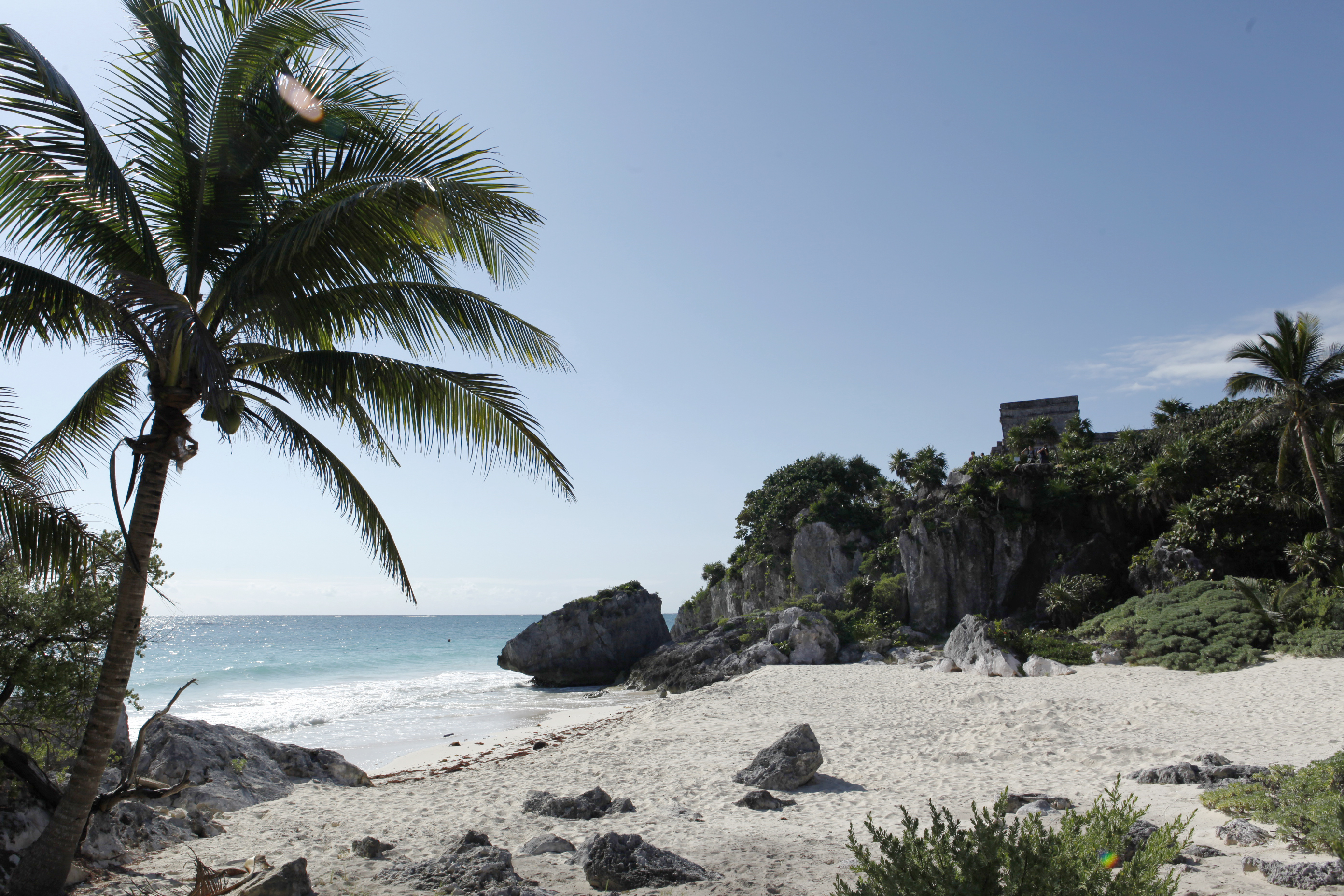 Save on Winter Travel With These Credit Cards

Savvy travelers know that using the right credit card properly can actually save them money on travel. With that in mind, our friends at CardHub have delivered another great report: Best Travel Credit Cards for Winter 2015-16. While lower fuel prices, a strong dollar, and more reasonable airfares are already making this an great time to save money on travel, this new report makes it clear that careful shopping for the right credit card can nab you as much as an extra $625 in savings. Of course, Budget Travel does not recommend that you charge a vacation you can’t afford. A rule of thumb we’ve always suggested is: If you wouldn’t borrow money for your dream trip from friends or family, don’t borrow it from a credit card company! But, that caveat aside, using a credit card when you travel can be a smart choice: You’ll get the best available exchange rate for foreign currency, you’ll earn reward points for future purchases or trips, and you may be eligible for statement credits that can really add up. A few of the credit cards that CardHub recommnends for winter travel include: Citi ThankYou Premier: 50,000 bonus points, redeemable for a $625 travel statement credit, in return for spending $3,000 in the first three months; no annual fee in the first year ($95 thereafter)  Barclaycard Arrival Plus: $400 travel statement credit for spending $3,000 in the first three months and effectively 2.1% cash back on all purchases when earnings are redeemed for travel-related expenses; no annual fee in the first year ($89 thereafter) IHG Credit Card: 60,000-point initial bonus, redeemable for up to 12 free nights, for spending $1,000 in the first three months; one additional free night each year; complimentary Platinum Elite Status; no annual fee in the first year ($49 thereafter) TALK TO US! What credit card to you prefer when you travel?