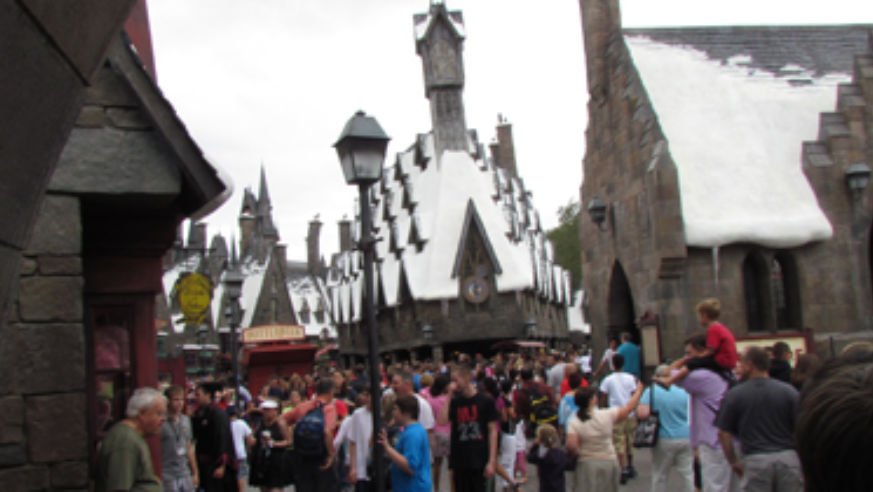 "Harry Potter and the Deathly Hallows: Part 2" officially opened last Friday, bringing in about $169 million domestically and $307 million around the world in box office earnings for opening weekend alone. The appearance of 'Harry Potter' themed tours and displays has risen along with the popularity of the books and films. From the notable landmarks mentioned throughout the books to the props used in the movies, whether you call yourself a 'Potterholic' or just a part–time fan, these tours and exhibitions are worth checking out.

Warner Bros. Studios London is currently renovating its Leavesden property, and starting in the spring of 2012, visitors will be able to tour actual sets used during the films, most notably for The Great Hall and Professor Dumbledore's office. The Making of Harry Potter, rumored to house a Harry Potter Museum and possibly a Harry Potter themed hotel, is located in Watford, about 20 miles outside of Central London.

Until then, it's good to know there are other tours to keep us busy. For about $32, you can take the Harry Potter Walking Tour of London, a 2.5 hour stroll around "the real Diagon Alley," the entrance to "The Leaky Cauldron," and of course, a classic photo–op for you to try pushing your cart through the entrance at Platform nine and three–quarters. As part of this tour, you can also gain insight into the real–life London attractions brought to life in the books. The two–hour Harry Potter Black Taxi Tour of London offers many of the same perks and visits to attractions, but adds the luxury of a seat for about $82.

Of course, most places featured in the movies are popular London attractions already. For instance, you can drop by the London Zoo, where Harry figured out he could communicate with snakes. Other public sites from the films include Christ Church College (many Hogwarts scenes were filmed here) and the Westminster Tube Station, used for scenes involving the Ministry of Magic.

If you happen to be in the New York City area, stop by Harry Potter: The Exhibition at Discovery Times Square. This "limited engagement" is only around until September 5, and features over 200 props—from the Marauder's Map to Harry's wand and glasses—and costumes—including Hogwarts uniforms and Yule Ball attire—used by the actors in the movies. There's even a place for you to meet creatures from the movie—Buckbeak the Hippogriff and Aragog if you're curious—and try your hand at Quidditch. Tickets are $26 for adults, $23.50 for seniors over 65 and $19.50 for children ages 4–12. Discovery Times Square is open Sunday thru Wednesday from 9am to 8pm and Thursday thru Saturday from 9am to 9pm.

Where in the World Will Your Interests Take You?