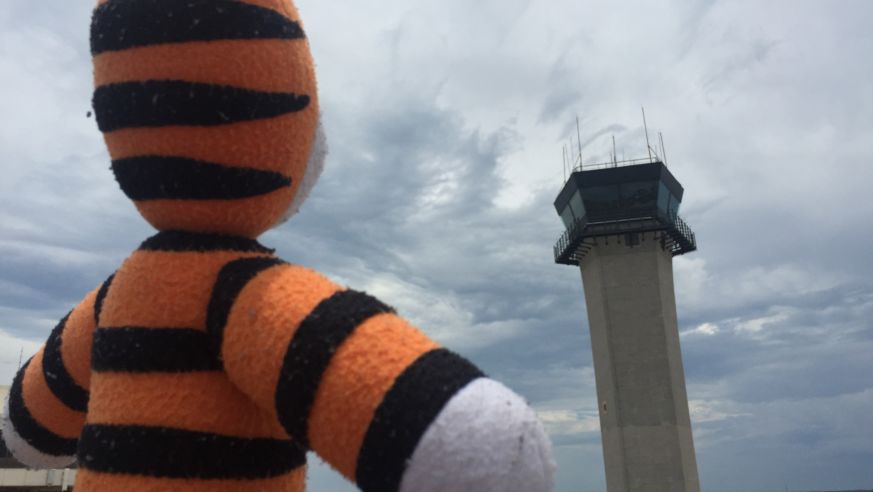 I could totally relate when I read last week about how 6-year-old Owen left his favorite stuffed animal, a tiger named Hobbes, at Tampa International Airport. When I was Owen's age, I had a beloved teddy bear (who still sits by my desk, a little worse for wear and tear, and watches me while i write).

Owen’s mom, seeing how upset her child was, called the airport’s Lost and Found, and Hobbes was quickly located near a children’s play area. But what an airport official did before Owen and his family returned to Tampa was pretty amazing.

Tampa’s Airport Operations Center Manager Tony D’Aiuto spent his lunch hour taking Owen’s toy tiger for a tour of the airport, snapping photos all along the way: at the air traffic control tower, at a gelato stand, in the airport employee gym, visiting the airport’s firefighters, swinging in the Marriott pool hammock, and taking a ride on a luggage cart.

If D’Aiuto hasn’t already zoomed to the top of your travel-professional-of-the-month list, consider this: He used a Walgreens coupon code to print a hardcover book of photos, along with a story, that was waiting for Owen’s family at the Lost and Found when they returned to pick up the toy.