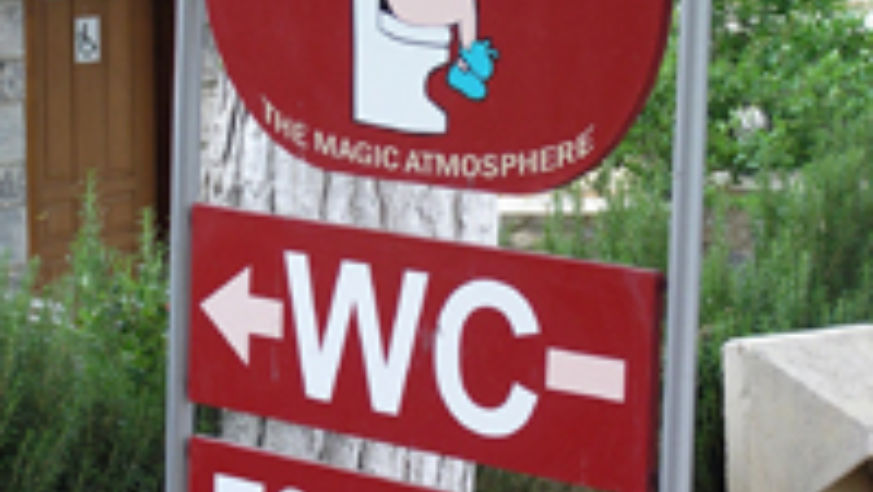 When was the last time you returned from a vacation raving about a public bathroom?

If the answer is, um, "never," perhaps you haven't had the pleasure of using the facilities at the Field Museum, in Chicago. The museum has been named America's Best Restroom in an annual contest sponsored Cintas, a restroom supply company.

Previous winners, all of which are inducted into the best restroom Hall of Fame and become ineligible to keep competing for the title down the line, include hotels, restaurants, airports, and other mainstays on the travel circuit. Travelers, after all, are often in need of public restrooms, and arguably no group in society appreciates a clean, inviting, and memorable (in a good way) bathroom more than strangers off in a strange land.

The Field Museum snagged top honors for its two huge family-friendly restrooms, which include sleek, futuristic stalls and sinks, a special nursing room complete with a sofa for new moms, and even pint-sized toilets for tots. A nearby station offers parents diapers, band-aids, and wipes.

Believe it or not, this isn't the only annual contest highlighting the best public restrooms out there. The UK hosts the Loo of the Year Awards, which are announced each December. A story in the Wall Street Journal last year described how the judges rank the top toilets:

"It's the wow factor we want," says Richard Chisnell, founder and chairman of the Loo of the Year Awards, who inspected about 150 loos with his wife Maureen in Wales this summer. The couple storms out of restaurants without clean bathrooms.

12 Wacky World Festivals to See Before You Die

Hotel Bathtubs Are an Endangered Species

Should Hotels That Charge for Wi-Fi Be Boycotted?