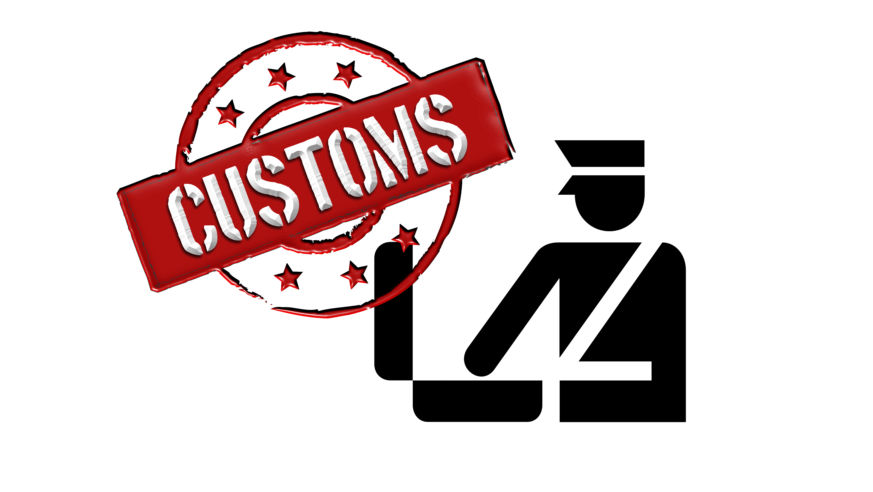 It happens all the time: Folks return from a great overseas getaway loaded down with waaaay more stuff than they left home with. The only problem? Some items are not allowed through U.S. customs. Here, some surprising souvenirs that you should definitely pass up.

We love souvenirs as much as you do, and we'd never suggest that you skimp on keepsakes that you'll always treasure (though we'll try to find you bargains whenever we can!). But there are a few no-no's that U.S. customs will confiscate if you try to get them past the border—some for health reasons, others for complex economic and cultural reasons. In the interest of saving you time, money—and embarrassment!—here are 10 you should be wary of.

Try as you might, seeing the green fairy probably isn't going to happen these days: Modern absinthe is different from the low-quality, toxic sort made with poisonous metal salts associated with hallucinogenic properties back in Vincent van Gogh's day; however, it's still illegal to bring certain kinds of absinthe in from other countries due to lack of regulation. In particular, bottles that claim to contain 10 parts per million or more of the chemical thujone are Food & Drug Administration no-nos. (Trivia: If a bottle says it has a lot of thujone, it probably doesn't—absinthe makers who emphasize the alcohol's supposed "mind-altering" properties have their eye on taking tourists' money.)

Travel Tip: If you're thirsty for your very own bottle regardless, in addition to double-checking that the booze is "thujone-free," ensure that the stand-alone word "absinthe" or any "psychotropic" image isn't on the bottle. (Rule of thumb: If the label looks like it could double as a Grateful Dead album cover, don't try to bring it on the plane.) To ensure you're getting a quality brand, and not just green food coloring, visit wormwoodsociety.org.

Certain plants (and crafts made from plants)

Gardening enthusiasts, prepare to present any plant item that you want to bring into the States—even crafts made with straw—to a customs officer for inspection. You'll need a permit even for innocuous-sounding items like cut flowers with berries attached, nursery stock, and seeds. Other fauna, like "noxious weeds," aren't allowed, period. (Even if some do sound quite pleasant, like apricot cape tulip.)

Travel Tip: To be safe rather than kiss your prized plant goodbye at check-in, apply for a USDA Plant Protection and Quarantine permit online (aphis.usda.gov) to bring acceptable plants into the states—or check if they're prohibited. Permits take 30 days or more to process and are good for up to three years.

Ivory (including jewelry made from ivory)

It's safe to assume that you'll need a permit from the U.S. Fish and Wildlife Service (fws.gov/permits) to bring any ivory into the country, due to the Endangered Species Act. (Unless the item in question is from a warthog, but, really, who wants that?) You can import an antique ivory item if you have special documentation showing it's more than 100 years old, but thanks to rampant poaching, any object that's younger is generally not allowed.

Travel Tip: If you want to make a jewelry or a trinket haul, but the stuff you want appears to be made from tortoiseshell, ivory, whalebone, or skins, give the U.S. Fish and Wildlife Service a buzz at 800/358-2104 to be sure they're okay to purchase and bring home.

So many items have been stolen from museums and churches that any ancient artifact (like pre-Columbian objects, Native American artifacts, Byzantine items, culturally significant Iraqi property, etc.) requires an export permit—and a real one at that: There are many fake certificates floating around. The U.S. National Stolen Property Act prevents individuals from legally owning a swiped item, regardless of how many people have since possessed it.

Travel Tip: If you want to bring back a ruin or antique to keep—not to, for example, exhibit in a museum—you'll need an export permit from the country you're taking it out of. And even then, you could face U.S. import restrictions, depending on the item and the country. (Your historical find might be considered a "pillage.") Peruse the U.S. State Department's Bureau of Educational and Cultural Affairs's website for information on what's not allowed (exchanges.state.gov/heritage/culprop.html).

Bush meat made from African wildlife and anything imbued with meat products—like bouillon, soup mixes, etc.—from most countries could introduce serious pathogens into the U.S. and spread unpleasant conditions like foot-and-mouth disease, African swine fever, mad cow disease, and the avian flu. That goes for canned and dried meats too.

Travel Tip: There are a few countries deemed acceptable to export certain meats from—scan the USDA's website to make sure: aphis.usda.gov.

Big souvenirs from Cuba, Iran, or much of Sudan

Economic sanctions prevent visitors from bringing items back from these countries (Cuban cigars, for example). You can apply for a license from the Office of Foreign Assets Control if you wish to import something, but it's rare that you'll actually get one.

Travel Tip: A few exceptions to this rule exist: Books, magazines, films, photographs, posters, art, and music are okay, as are small gifts worth less than $100.

Most fruits and vegetables

One teensy piece of fruit carried onto an airplane caused the great California Mediterranean fruit fly outbreak of the early 1980s. The pestilence threatened the state's agriculture—and set the federal government back $100 million to eliminate. (Think about how bad that person must have felt.) If you're determined to bring fruit back, the USDA has a long list of what's permissible (aphis.usda.gov/favir)—nearly every fruit and veggie (possibly with the exception of an apple you bought in an airport, for example) requires a permit.

Travel Tip: Be aware that you'll have to show your fruit to a customs officer for inspection, especially if it's something exotic, like pomegranate. Fail to report your produce, and you could be hit with a $300 fine.

Tempting as it might be to stock up on faux labels when you're out of the country, goods like fake Chanel bags and nearly real Mickey Mouse knickknacks are subject to U.S. copyright and trademark protections. The government is so serious about enforcing this that your haul of "confusingly similar" trademarked merchandise could be seized.

Travel Tip: If you just want one fake bag to use for yourself (and not sell on Canal Street), that's okay: You can be granted an exemption by the government. But know that you can only bring one item of its kind into the country—so a pair of sunglasses, a purse, and a pair of jeans are okay, but three purses are not, regardless of whether they have three different labels. Another note: You can only get this exemption once every 30 days.

To make it rain on the plane, you'll have to report the cash first. Smuggling "bulk currency" (an offense under the Bank Secrecy Act) is the kind of thing drug traffickers are known to do, therefore U.S. Immigration and Customs Enforcement doesn't take kindly to it. Money orders, travelers' checks, and foreign coins—not just paper bills—count too.

Travel Tip: To bring your money in legally, obtain the exhaustively named "Report of International Transportation of Currency of Monetary Instruments" from a customs officer. If you don't, you could face up to five years in jail.

Hauling an animal-skin drum through an airport seems ripe for a comedy of misunderstanding anyway (the ceremonial snake bowl that Renée Zellweger brought back from Thailand in the second Bridget Jones movie didn't do her any favors), but some goat-skin drums aren't treated properly, and have been tied to a cutaneous anthrax case, putting them on the Centers for Disease Control's restricted list. Same goes for some African drums.

Travel Tip: If getting your mitts on your own personal drum is in your plans, ensure it's been tanned, as that means it's non-infectious.