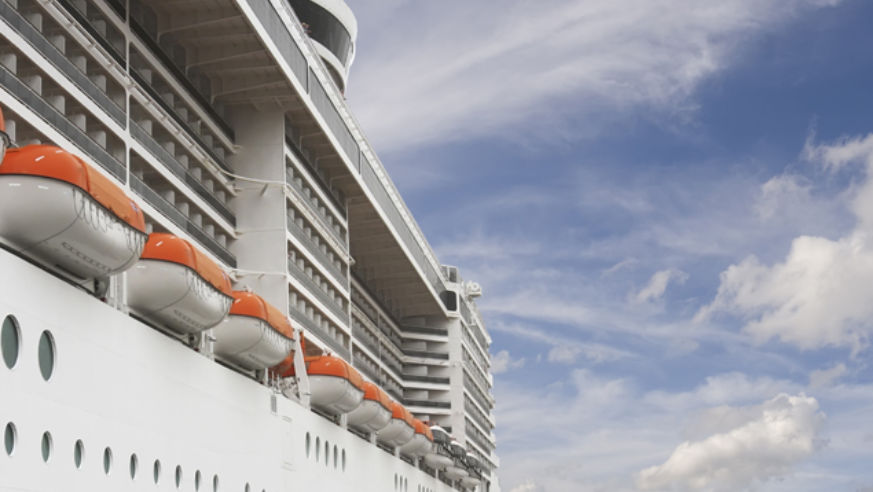 We challenged prevailing cruise wisdom and found that some basic beliefs—when to book, where to get the best deals, when to tip—don't always hold up. Here are the most costly misconceptions.

Myth: It doesn't matter when you book

Fact: There are a few ways to get the best price for your cruise. You could wait for last-minute sales, which the cruise lines issue when they fear that their ships won't fill up (although these are often only offered through certain travel agents so word doesn't get out to customers who paid much more). The drawback here is that you don't know when or if a sale is going to take place, and finding low airfares or cheap pre-cruise hotel rooms at the last minute is often difficult. Or, better yet, mark the time period between January and March on your calendar as "wave season." This is the time when cruise lines offer lower fares and better upgrades to customers who are planning for the year ahead.

Fact: Although some people prefer the convenience of a cruise line excursion, it's often much more cost effective to book on your own. For example, Norwegian Cruise Line charges $99 to take you from the dock in Civitavecchia into Rome for a driving tour and two hours of exploring time, a one-hour trip each way by motorcoach. A similar round-trip bus transfer from a private operator such as smartcruisetours.com starts at around $16.

Another advantage to going out on your own? You aren't held hostage to a busload of other people. If you'd still like the benefit of a guide or driver, you can find similarly minded fellow passengers with whom you can share expenses on specialty cruising websites such as CruiseCritic.

Myth: The weather is bad in the shoulder season

Fact: If you travel during the off-season, you'll usually find lower airfares, pre- and post-cruise hotel rates, and excursion prices. While the savings depend on the destination, you can usually cut costs between 20 to 50 percent. Off seasons vary by destination. November or the early part of December, for example, can be a cost-effective time to cruise the Caribbean, while fall is when you can find bargains in the southern Mediterranean and the Pacific Northwest. May is a smart time to visit Hawaii, as the spring break season is over and the summer rush hasn't yet begun.

If you are traveling at off-peak times, make sure to study the weather patterns in the destination. You might find Caribbean deals in late August through October, but that's prime hurricane season in the Gulf of Mexico and Caribbean. Making sure that you have travel insurance during these times—and reading the fine print to make sure it covers you if your flights are delayed or if the trip is interrupted by bad weather—is a must.

Myth: All restaurants on board are included

Fact: More and more ships have added "premium" restaurants where you'll pay extra for sushi, steak or specialty ethnic foods. On the newer Carnival cruise ships, for example, it costs $35 per person to eat at the on-board steakhouse. Whether or not this extra is worth it is up to you. If you're a foodie, you might enjoy the chance to eat better quality cuisine and avoid the noise and crowds of the main dining room. And some lines, such as Norwegian, have "early bird" options where you can dine 2 for 1 if you eat at 5 p.m. But all signs show that specialty dining is a trend that's not going away anytime soon.

Fact: Worried that you don't have the right look for formal night? You don't need to buy an expensive dress or rent a tuxedo. On most ships, formal nights have become much more casual, and you'll see everything from sportcoats to sun dresses that have been glammed up with jewelry or high-heeled sandals.

For those who want to stay in their shorts, many ships usually have a buffet or alternative eating venue that's open; check with your line before booking, as some ships do restrict shorts in their main dining room at night. Or make this the night to order room service in your cabin and take a stroll on the deck.

Myth: Ship spa treatments are out of my budget

Fact: It's hard to relax when you feel like you're paying top dollar for a massage. Many people don't know that the prices for treatments sometimes drop when the ship is in port (discounts vary by line, but expect to see deals, such as three "mini-treatments" for $99; a 50-minute on-board massage can cost around $120 to $200, depending on the line and type of treatment). Spa appointments can fill up early, so make sure you book as soon as you get on the ship. Check the ship's newsletter for daily specials that might only be available during certain hours.

Still feel like it costs too much? Steam and sauna facilities in the gym are often included in your fare. Or do your research and see if there's a spa in port that has better deals.

Fact: This one is tricky. A drinks package or pre-paid soda card can be a huge money saver for a family, or if you're cruising in a hot climate where you go through countless bottles of water. But if you're on your own with your honey, you're better off bringing your own sports water bottle that you can fill up during the day.

Another tip for the cost-conscious: Many lines do let you bring your own sodas or bottled water on board. Pack a small soft-sided cooler and pick up six-packs when you're in port. All lines frown upon customers packing in their own beer, wine, or alcohol, however; expect it to be confiscated. If you like to tipple, look for happy hour and drink specials, or buy a bottle of wine with dinner and save it for the next night.

Fact: Just as tips make up a large portion of a waiter's wages on land, they're also important to cruise ship employees, and many lines now include a service charge on their final bill, usually $11–$12 per person per day (which can come as a shock to customers from non-tipping cultures, such as England or Australia). If you're ordering a drink at the bar or pool, check your receipt so you don't tip twice; often a 15 percent gratuity or service charge has already been added.

Myth: A balcony room is a necessity

Fact: While the extra space of a balcony room can be nice, cruise lines have worked to make inside cabins more appealing. On the Disney Dream, for example, inside cabins come with "virtual portholes" that insert animated characters into real-time ocean views. Norwegian Cruise Line has designated some inside cabins for solo travelers, eliminating the need for a single supplement. And if you're prone to seasickness, an inside cabin, particularly one on a lower deck in the middle of the ship, may keep you upright.

That being said, there are some areas of the world where a balcony—or at least a room with a view—is well worth the splurge (Alaska's Inside Passage, for one). And people who hate pool crowds might appreciate an outdoor space where there's room to breathe (just realize that you might have smokers next door; if smoke really bothers you, choose a line, such as Princess or Celebrity, that bans smoking in staterooms, even on private stateroom balconies). But if you're taking a cruise where you'll be spending most of your time on shore or the weather will be too breezy, then that strip of land might not be worth the extra money. Cruiser, know thyself.

Myth: All on-board activities are free

Fact: When you board the ship, you might be dazzled by the wide array of activities. But chances are, you'll be paying extra for that Zumba or wine-tasting class, usually between $10–$15 per person (similar to what you'd pay at home). The ship's daily bulletin usually lists the classes that are being offered, and whether or not there is a fee. Some lines allow you to make reservations, as well as sign waivers, before you board, so take a thorough look at your ship company's website to do some advance planning.

The good news is that cruise ship entertainment, which usually is included in the price, has stepped up its game in the past few years. Some of the mega-ships such as Royal Caribbean's Oasis of the Seas and Allure of the Seas, have brought in Cirque de Soleil-style shows and versions of Broadway musicals, and lines such as Disney have made original shows a focal point. Movie theaters, some with 3D, 4D, or 5D special effects, are also popular. Or use the time to relax and read.