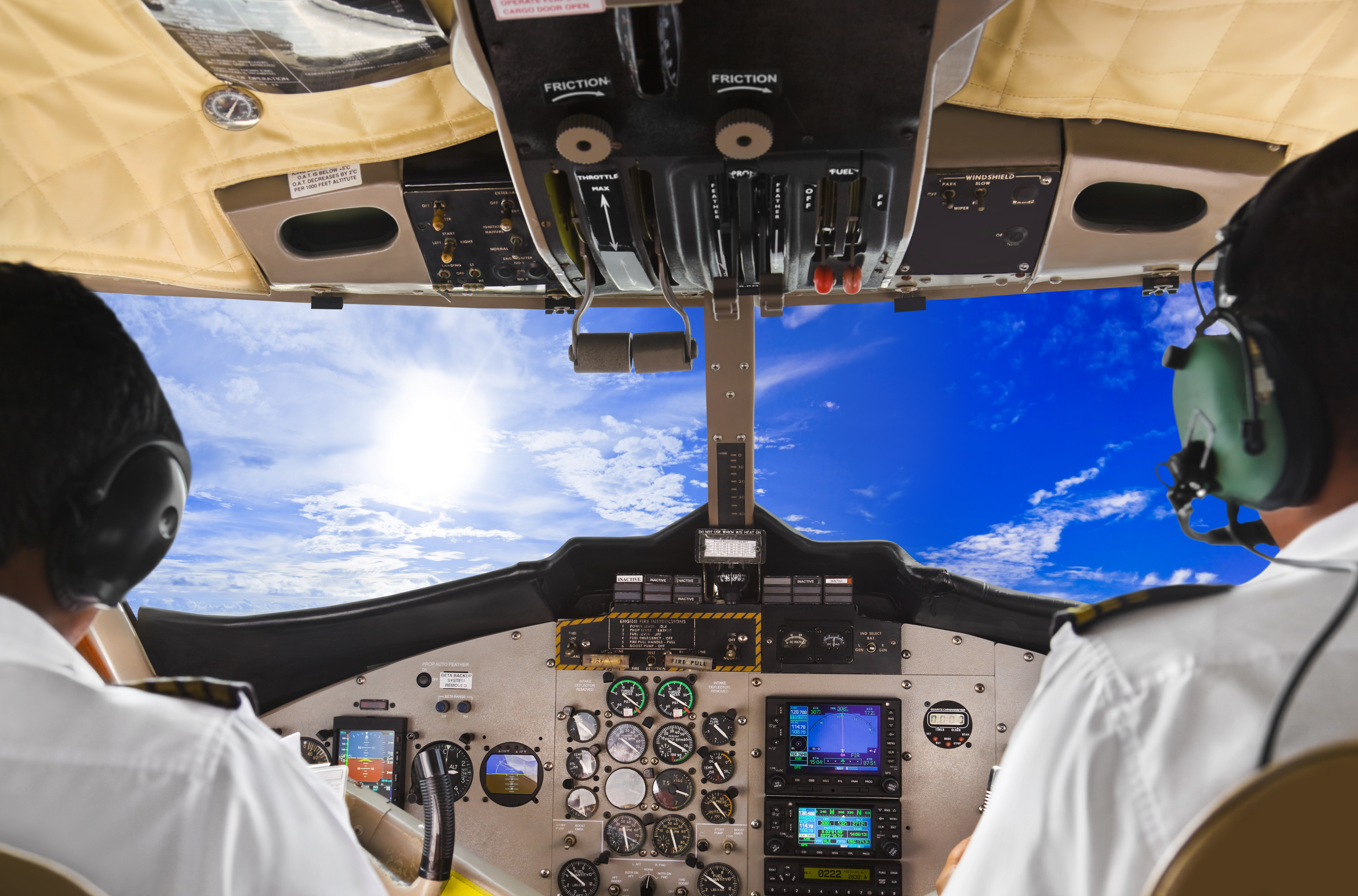 Following reports that co-pilot Andreas Lubitz locked out his fellow pilot from the cockpit on Flight 9525, several airlines announced they will begin to enforce the U.S. rules requiring two people at the cockpit at all times.

Lufthansa, the parent of Germanwings, issued a statement Friday saying it was moving to the "rule of two" policy over the entire airline group, which includes Swiss International Air Lines, Brussels Airlines, Austrian Airlines, Eurowings, and smaller regional airlines, as a "precautionary measure."

“The safety and security of its passengers and crew is the airline’s highest priority,” Easyjet said in a statement.

Virgin Atlantic and Monarch say that while a two crew policy has always been common practice, they are in the process of making this formal policy.

British Airways has so far refused to comment on the policy of its cockpit manning levels and says it does not discuss security issues, Sky News reports.

Emirates Airline said it has “today implemented a new operating policy where there would always be two crew members in the cockpit.” The new guidance “is effective immediately,” a spokesman said.

The new procedures will mean that two crew members must always be present on the flight deck. U.S. airlines have long required another crew member, such as a flight attendant, to enter the cockpit when one of two pilot exits. The crew member must lock the door and remain inside until the pilot returns, according to the Federal Aviation Authority.

Investigators believe Lubitz intentionally crashed the plane into a mountainside during Tuesday’s flight from Barcelona to Duesseldorf, killing all 150 onboard.

Who's flying our planes? The Germanwings crash raises questions about mental health of pilots 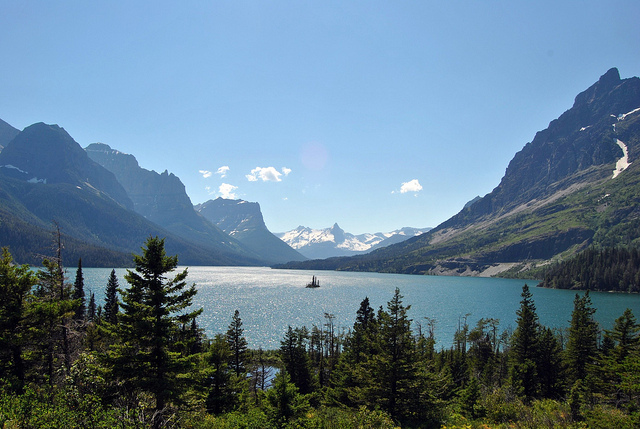 A reporter recently asked me for some rail travel tips. I told her quite honestly, "You know, I have to admit sometimes train travel is my favorite way to go." A great train ride can combine the best of road tripping (beautiful sights whizzing by your window, an ever-changing kaleidoscope of images) and flying (comfy seat, the ability to nod off at a moment's notice). Amtrak is reporting that advance ticket sales suggest ridership will be up significantly this July and August compared with last year. Translation? If you're considering taking the train this summer, don't wait too long to make up your mind. With that in mind, I thought I'd take a second to remind you of some of the options Amtrak is offering this summer. East Coast. Try a vacation package like "Washington D.C.: Rich with History, Politics, and Nightlife," or "American Heritage Escorted," a guided adventure. The East Coast is Amtrak's most-traveled region, and Northeast Regional service can get you from Virginia to Baltimore, Philadelphia, and even points north without ever having to change seats. Amtrak also links Virginia to Florida via the Auto Train (and for a higher fee, you can get your car fast-tracked to avoid a wait time when you arrive in the Sunshine State). The Keystone takes vacationers from Philadelphia to rural Lancaster County, and Amtrak has beefed up its Thruway bus service, linking commuter rail lines with its Palmetto line in North Carolina. Midwest. Amtrak's vacation package "Jazz, Blues, and Rock-n-Roll: The Heartland of American Music" is just the beginning of its heartland offerings. Eight daily Amtrak trains depart Chicago and locations in central and eastern Michigan and make stops at New Buffalo, Michigan, just steps from the beach. Passengers can continue south to explore the summer delights of St. Louis, Kansas City, and New Orleans as well. West. How about the "Grand Canyon Family Adventure"? Or "Glacier National Park: The Heart of Big Sky Country"? Or head for the coast, where the Coast Starlight can get you to Seattle, San Francisco, Los Angeles, and other summer hot spots where you'll find the music and food festivals, great weather, and mountain-beach one-two punch that makes the "left coast" the ultimate vacation destination. I'd suggest that you visit AmtrakVacations.com for a complete rundown of what the rail line is offering summer travelers. Its 12-page "Family Adventures" online brochure is highly addictive and already has me hatching plans for my own summer getaways. With comfortable seats, great views, and increasingly available Wi-Fi (currently available to about 75 percent of Amtrak passengers), it may be my favorite way to see America. TALK TO US! When was the last time you rode a train? Are you going to take Amtrak this summer? 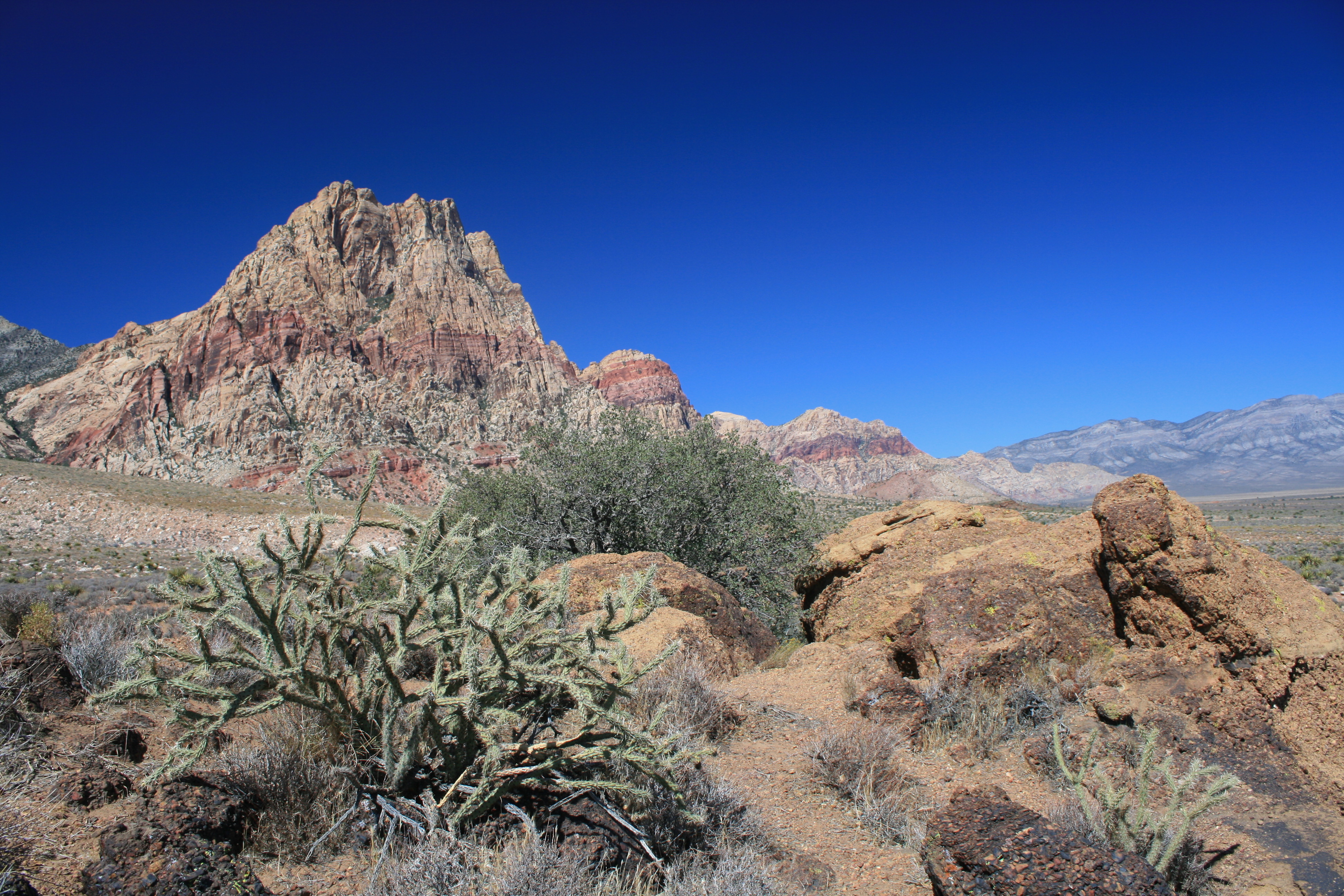 Sure, when you think Nevada, you think Las Vegas. After all, it's one of the most popular tourist destinations in the U.S. But of course you know there's more to Nevada than casinos, cocktails, and kick lines, right? The Nevada Commission on Tourism launched a new campaign (Nevada: A World Within. A State Apart.) to raise awareness of the state's natural beauty and culture. With a new website, travel app, and advertising campaign, the state is targeting two demographics you don't typically associate with glitz and glam: families with young children and people for whom the word vacation means outdoor activities and adventures. A television advertising campaign starting next week in Los Angeles, San Francisco, and Phoenix is centered around Cole Porter's classic song "Don't Fence Me In" performed by the Las Vegas-based rock band The Killers. You can check out the video and by the end you'll possibly be singing along. ("Oh give me land, lots of land under starry skies above / Don't fence me in!") Nevada's new tourism website, travelnevada.com, sets a new standard for state tourism sites and will certainly enjoy the sincerest form of flattery in the coming months and years as other states learn to package their travel and hospitality assets in beautiful and engaging new ways. Here, visitors can assemble their own vacations, learn about destinations, and share their findings via social media. The site also puts an emphasis on accessing partner sites for additional information, travel deals, and even trip booking. A new free iPhone app will launch on April 15, allowing visitors to build custom itineraries, explore peer-to-peer info sharing, and even access important data when visiting some of Nevada's remote off-the-grid areas, where cellular access is not available. TALK TO US! What do you think of Nevada's new tourism site? Are you planning a trip to the state in 2013? 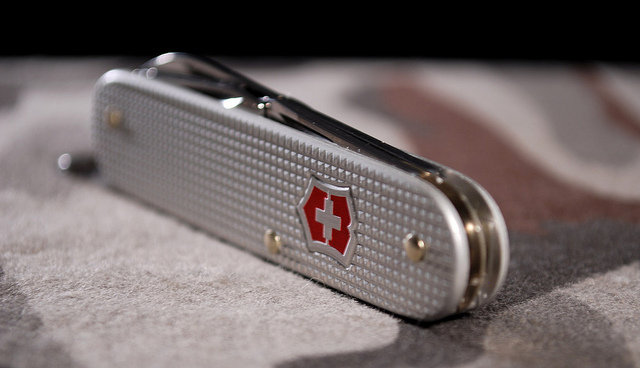 TSA To Allow Small Knives Back On Planes

These next few words may come as a shock: Starting April 25th, the Transportation Security Administration (TSA) will allow passengers to bring small knives on airplanes for the first time since the September 11th attacks in 2001. Not just any knives are included, only those that measure less than 2.36 inches long and less than half an inch wide—box cutters and razor blades are still not allowed to be packed in carry-on bags. The new move also allows previously forbidden sports equipment items like golf clubs (up to two per person), wiffle-ball bats, ski poles, lacrosse sticks, hockey sticks, and billiard cues to be taken onboard as carry-on items. In short, the TSA believes this would be a more efficient way for agents to focus more on locating explosives and other dangerous devices in passenger carry-on bags and spend less time searching for tiny pocket knives during the security line process. According to this article by CNN, the Air Line Pilots Association appears to be onboard with the switch, adding that it will bring U.S. security measures up to par with those of the international community. So far, the response from flight attendants and air marshals has not been as optimistic. Head of the air marshal department of the Federal Law Enforcement Officers Association George Randall Taylor told CNN, "It's as if we didn't learn anything from 9/11. Flight attendants are going to be sitting ducks." He is not a fan of the announcement and said he has received more than one hundred calls from other air marshals who are upset by the decision. Flight attendants are also concerned when it comes to their cabin safety. In an interview with Today, flight attendant Sara Nelson explained how less flight attendants, unruly passengers, and now, small knives, could be a dangerous combination. She added that putting potential weapons within arm's reach unnecessarily puts both flight attendants and other passengers at risk should anything get out of hand. Personally, I have to agree with the flight attendants on this one. While you probably wouldn't be able to do much damage with a 2.36 inch knife, it still seems like you could do enough damage to disrupt the flight and potentially risk the well-being of the other passengers. The TSA doesn't always get things right either, so who says a slightly longer or wider knife wouldn't accidentally find its way into the cabin? In my humble opinion, the fact that knives played a part in the terrorist attacks at all should be reason enough to keep things as they are, even if it is a minor inconvenience (you can still pack other, larger knives in your checked baggage, after all). Frankly, if the TSA really wanted to cut time at security lines, wouldn't nixing the whole shoe removal process be more time efficient for everyone? What do you think about all this? Is the TSA right to allow small, seemingly harmless knives back onto airplanes, or have they gone too far? Sound off below! 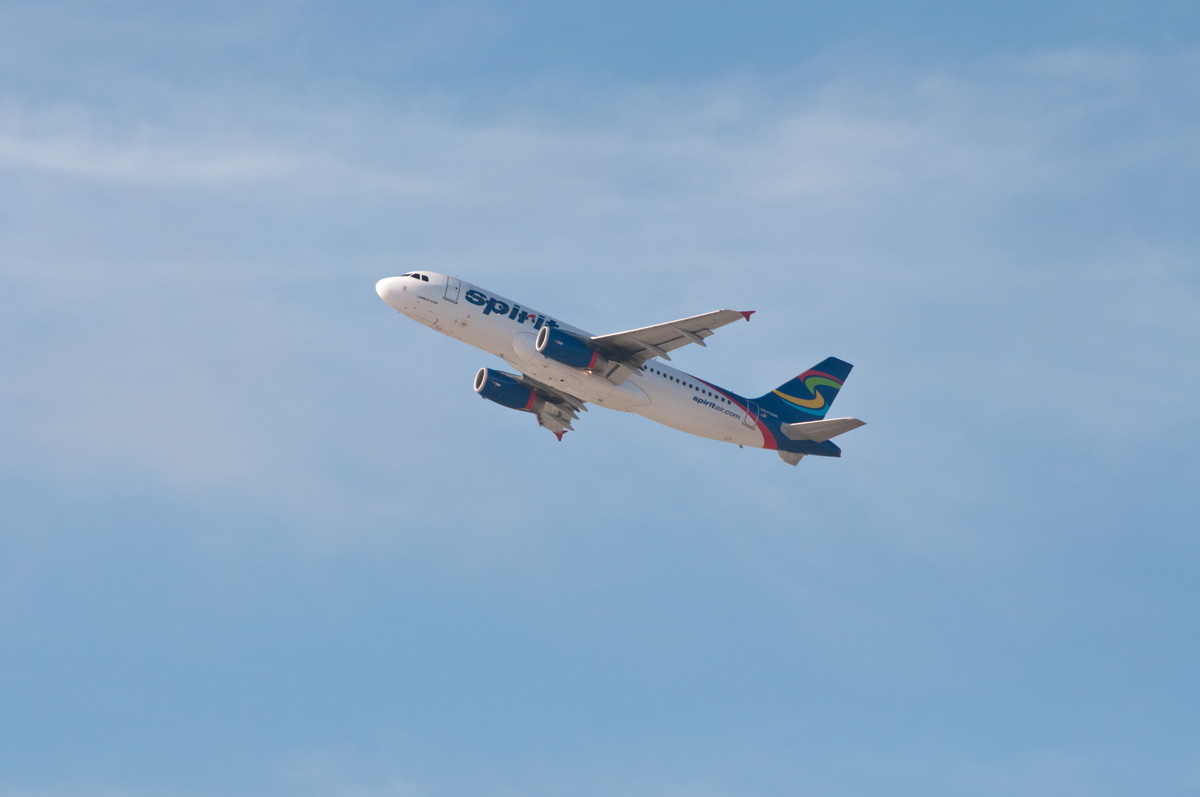 If you've bought a plane ticket any time recently, you know all about the fees. How much is it to check a bag? Get more legroom? It all gets a little confusing. Thankfully the number crunchers over at TravelNerd did a full analysis and the findings were fascinating (hat tip to Travel Weekly for reporting on this). TravelNerd's study found that airlines made 52 changes to their fees in 2012, breaking down to 28 baggage fees, 19 service fees, and five in-flight fees. Low-cost carriers Spirit and Allegiant were responsible for 18 of the changes (including Spirit's crazy $100 carry-on fee). The surprising thing was that only 36 of the fee changes were increases, and most were in the $5 to $10 range. One big decrease came from United, which significantly lowered their fees for overweight bags (from $200 to $100 for bags weighing 51 to 70 pounds and from $400 to $200 for bags weighing 71 to 100 pounds). Moral of the story, if you have a lot of baggage, fly United. If you are just as confused by all these fees as we are, check out TraveNerd's airline fees comparison and search tool. You can select which services you will think you'll need (checking bags, bringing a pet, etc) and the site tells you what those fees are from different airlines. You can also select a specific airline at the beginning and get a breakdown of the fees you can expect. It doesn't take away the annoyance of paying $60 to check two bags, but at least there will be no surprises when you get to the airport.