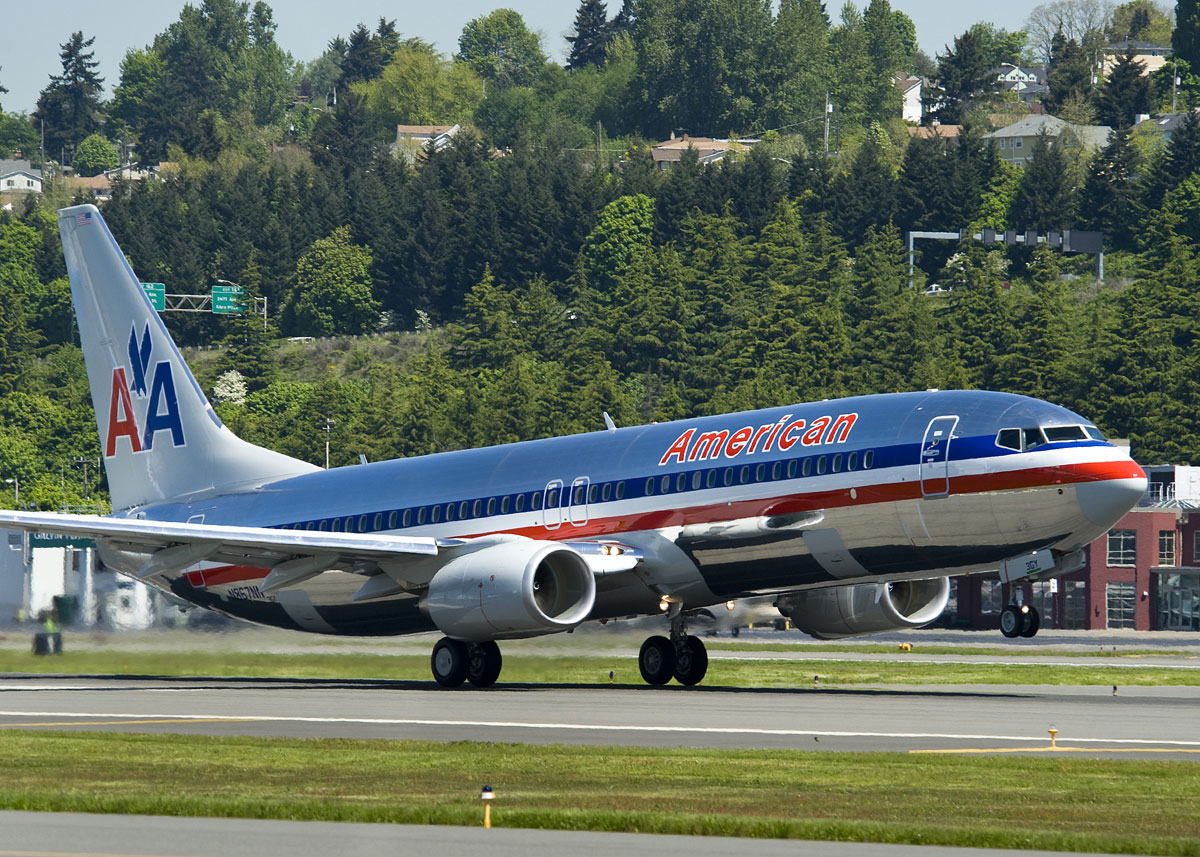 Time was, an airport was a place to get on or off a plane. If you were so inclined, you could pay way too much money for terrible food or kill time at a bar. That was about it.

Boy, have things changed. As Cheapflights.com demonstrates in a news item on its website by Emily Fisher, airports now offer some unexpected services. Not only will you find the obvious chain stores, boutiques, and other shops, but also medical services, fitness centers, and even pet care and movie theaters. But for me, the most eye-catching airport offerings in recent years have been the cultural ones. Here, some examples, courtesy of Cheapflights.com, of how airports have given themselves an infusion of class.

Museums. Public art has become increasingly common at terminals around the world. But how about paintings from Dutch masters? Amsterdam's Schiphol Airport has partnered with the Rijksmuseum to create an annex of the Netherlands' national museum featuring a permanent collection and a series of new shows. Similarly, the Fine Arts Museums of San Francisco have helped create 30 galleries throughout San Francisco International Airport focusing on art, culture, and history.

Classes. We always like to say that travel educates us. But you can literally take classes on local culture at South Korea's Incheon Airport and savor a tea-making workshop at Hong Kong International Airport. Also, Cheapflights.com's Emily Fisher points out that Paris's Orly and Charles De Gaulle airports have offered classes in French cooking and hopefully will again!

Nature exhibits. I remember fondly how getting off a plane at Glacier International Airport always feels a little like stepping right into the wild—exhibits include mountain goats and loons. Singapore's Changi Airport raises the bar, with a Butterfly Garden with an indoor waterfall and more than 1,000 winged beauties. Vancouver International boasts a mini-aquarium with 5,000 marine creatures, plus a separate tank devoted to jellies.

TALK TO US! Share your own airport discoveries with other Budget Travel readers: Have you found a great free cultural perk while flying? 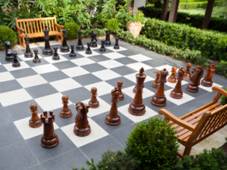 We recently asked our Budget Travel audience how important toiletries were when it comes to deciding which hotel to book—most of you felt fancy shampoos and conditioners were a nice touch but not a deciding factor, noting that you often pack your own personal favorites, while others said they were curious enough to at least Google the types of toiletries and amenities offered by hotels prior to booking a room. Overall, it seems larger amenities (like hair dryers), price, and location are more important to you when choosing a hotel. We wanted to dig a little deeper and find out if different, more unique amenities could become deciding factors. From free international calls to nifty personal touches when you're far from home, these four hotels are pulling out all the stops to keep their guests happy. Free International Phone Calls Seattle's Hotel 1000 wants international guests to stay connected with their friends and family back home, offering free unlimited international phone calls to Canada, India, China, or Europe free of charge as a standard hotel amenity. General Manager Denny Fitzpatrick said, "Part of the experience is to not ‘nickel and dime’ our guests, but to include as much as possible in the room rate. We’ve done this in the past by offering complimentary, high-speed internet since opening and are now continuing this with free calls to anywhere in the world." Personal Touches When You're Far From Home Every time you book a stay at Kimpton's Hotel Solamar in San Diego, you'll be given the option to send a photo of someone (or something) special so the hotel staff can print it out and have it waiting in a signed greeting card on the night stand upon your arrival at the hotel. A nice idea for travelers who are constantly on the road and missing loved ones back home, or for anyone who misses their favorite pet while traveling. Fun &amp; Games Want to unleash your inner child while you're on vacation? Play a game of oversized chess at Sea Island in Georgia or poolside at the Doubletree San Juan in Puerto Rico. Sea Island also offers Bingo games in The Cloister Ballroom on Tuesdays and Thursdays where up to 500 guests can play for cash prizes. 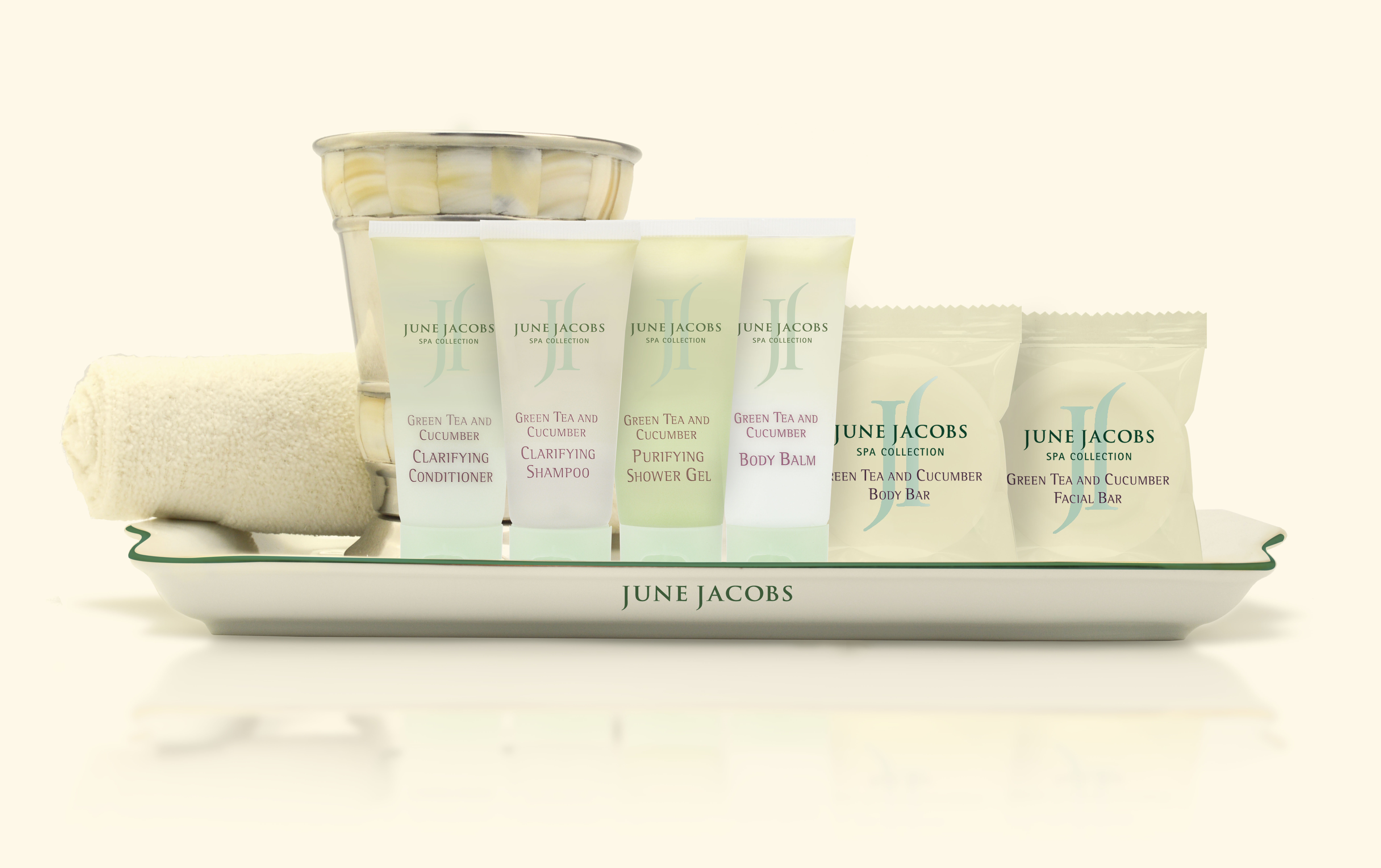 How Important Are Toiletries When You Choose A Hotel?

In an effort to help attract more guests, hotel chains across the globe have begun changing the quality of their toiletries, upgrading their shampoos, conditioners, body lotions, and soaps to top-shelf brands like Paul Mitchell and other high-end products typically found in pricey salons. An article by USA Today recently reported that Ritz-Carlton, InterContinental, and other Marriott brands like Courtyard, SpringHill Suites, TownPlace Suites, and Residence Inn are also getting on board. The folks at Hyatt have taken this one step further—in addition to upgrading their toiletries to high-quality bath and skin products from KenetMD Skin Care, Le Labo, June Jacobs, and Aromapothecary, they've also updated their in-room menus with healthier options that include smoothies, fresh juices, and well-balanced portions. Their new service, Hyatt Has It, also allows guests access to essential-but-often-forgotten items like makeup remover wipes, slippers, and shower caps (complimentary) as well as larger items like phone chargers, curling irons, yoga mats, and steamers (available to borrow or buy). I recently stayed at the Marriott Residence Inn Mont-Tremblant where I was given small bottles of Paul Mitchell shampoo and conditioner. Did I love those little luxury touches and the way my hair looked? Yes. Would I purposely book my next hotel stay at a Marriott Residence Inn because of it? Probably not. But maybe that's just me. What do you think? Do the types of toiletries offered by a hotel factor into where you book or do other, larger details like hotel location and overall price matter more in your final decision? Would a certain brand of shampoos or soaps be enough to ensure your loyalty to a specific hotel chain? Sound off below! 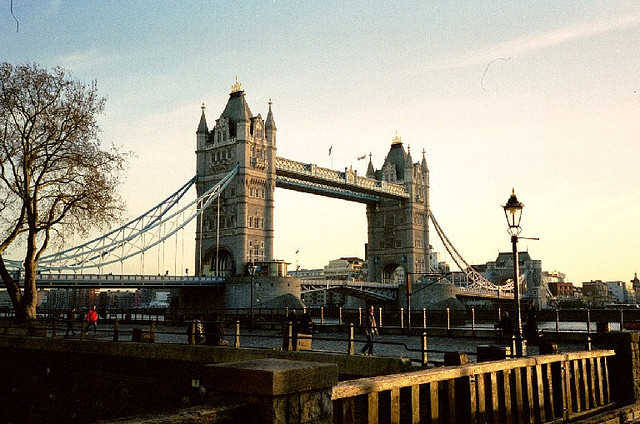 Save 20 Percent on Rail Europe This Month!

Catch a train in London and step off in Paris a little over two hours later. Sound good? Now take 20 percent off the fare. But you'd better book your trip by the end of the month! Rail Europe is offering this steep discount on Eurostar tickets that are booked through April 1 with its 20% Off, 100% Comfort deal to London, Paris, and Brussels. They are also offering a 10 percent discount on a London Pass and a Paris Pass, which include free priority admission to major museums, historic sites, and other attractions (including castles, gardens, cathedrals, and monuments) and discounts at select restaurants, shops, and ground transportation. Passes have a choice of two, four, or six consecutive days, free information guide and map, unlimited travel on ground transportation within select zones of each city, and discounts on bus tours, wine tastings, and river cruises. Starting at $160 for a one-way trip, Eurostar Standard Premier service includes light meal service and a complimentary newspaper. In London, Eurostar's trains arrive at and depart from St. Pancras Station, which boasts a number of upscale shops and eateries and is extremely centrally located not far from Regents Park and the historic City of London. In Paris, trains arrive at and depart from Gare du Nord station, also right in the center of the city. In Brussels, you'll arrive at and depart from Midi Station, which, as its name suggests, is also right in the thick of things. TALK TO US! Have you traveled by rail in Europe? Have you ever taken the train between London and Paris? 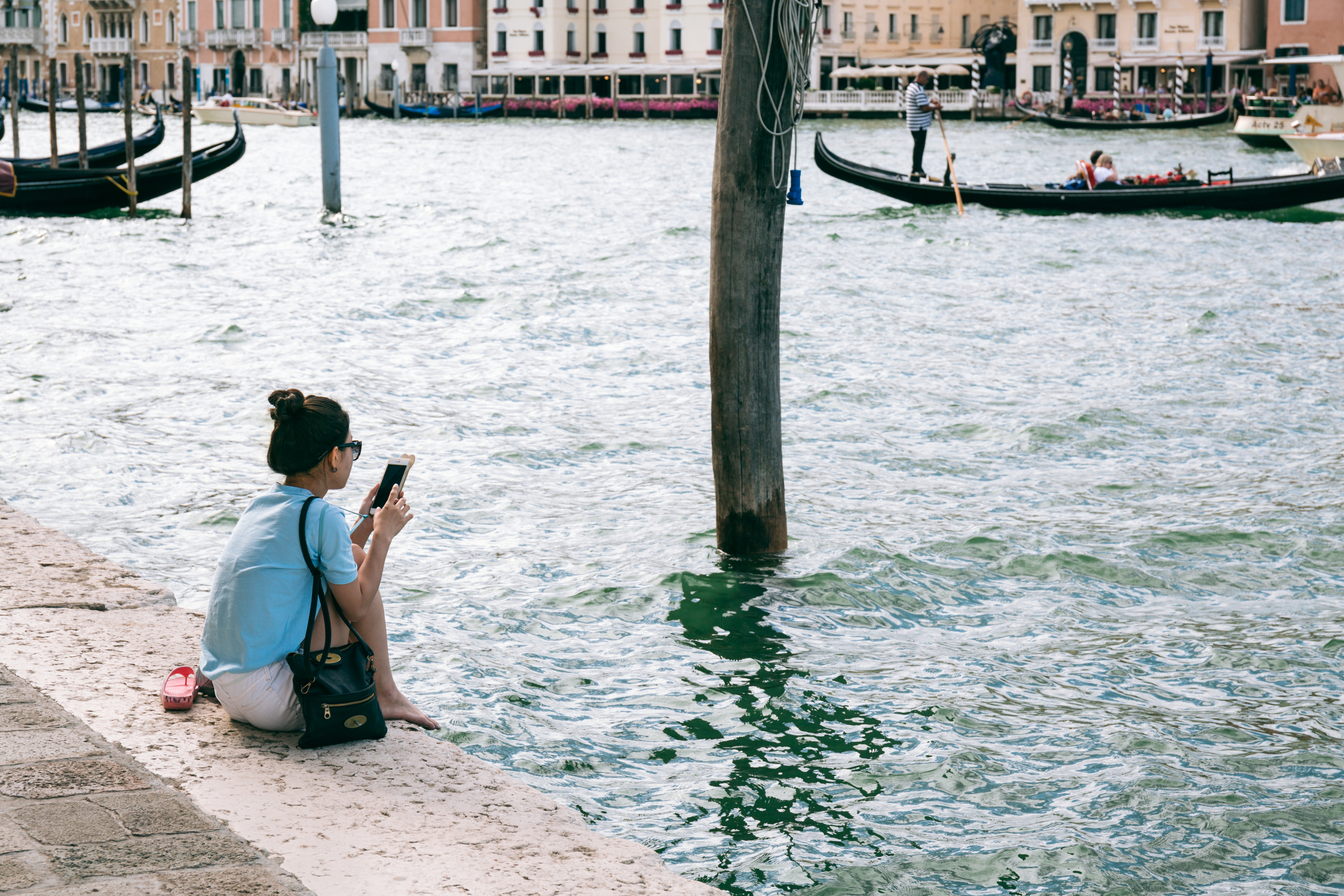 How to Save Money on Phone Data Abroad

You probably know someone who has returned from overseas with a horror story about a crazy-big—and utterly unexpected—mobile phone or tablet bill. In some cases people have been socked with five-figure tabs for using currency conversion apps, digital postcards, and even humdrum data like texts and emails. And that unlimited data plan you've got in the U.S. won't work once you cross international borders. But we've got some easy, affordable ways to be super-smart about using that smartphone. Turn off data roaming Limit your data downloads by opting for Wi-Fi only. By turning off roaming or selecting airplane mode, you'll have to go to a Wi-Fi hotspot to access the Web. Turn off apps and automatic updates This can be a big one, since that slim little phone in your pocket may be sucking down data even when you're not using it. Turn off automatic email updates (that way you'll be able to check email yourself using Wi-Fi when you're at a hotspot), voicemail (to avoid getting hit with charges for incoming phone calls even when you don't answer them!), and apps (which can continue updating and devouring data 24/7). Rent a mobile hotspot Instead of wasting time looking for a wired Burger King in, say, Gdansk, rent a mobile bubble. Weekly rates vary—Tep Wireless in the U.K. will charge less than $40 plus a daily $2 for unlimited wireless; Rentaphone Japan charges about $75 per week, including unlimited use and delivery to your hotel. Get an international plan through your U.S. carrier Whether you're combining business with pleasure or are simply hooked on your phone, there are some scenarios where you just know you're going to need your email, texting, and apps. In those cases it's a good idea to ask your U.S. carrier about their international plan that will resemble a domestic data plan. But just as you would at home, be sure you understand the limits of your data downloading, phone minutes, and any changes in the plan for business hours, evenings, and weekends. Track your phone's data usage Set your phone's data tracker to zero at the beginning of your trip so you can keep track of how much data you are using. Especially if you sign up for an international data plan and you're concerned about staying within a set limit (say, 50MB per month), the tracker will quickly become your wallet's BFF as you see those MBs slowly rise. Buy a SIM card Your U.S. mobile phone is likely "locked," meaning it will work only with the service you signed up for. But it's possible to ask your company to unlock your phone (usually by selling you a code). Once the phone is unlocked you can install a SIM card for the country you are planning to visit, including prepaid minutes. It's also possible to purchase or rent an unlocked phone, and there are SIM cards that can roam from country to country without an interruption in service. Buy a disposable phone No, it's not going to be especially smart or social, and it won't understand a word you say to it, but if you just want to be able to make calls without sweating the rates, sink about $75 or less into a local disposable mobile phone with a set number of prepaid minutes. Bonus tip: Extend your phone's battery life! While using Wi-Fi instead of 3G and 4G will help conserve battery power, it's still a challenge to keep your phone charged on the go. It's not a new idea, but we'd be remiss if we didn't remind you to turn down the brightness of your phone or tablet's screen—it is the single biggest consumer of battery power.