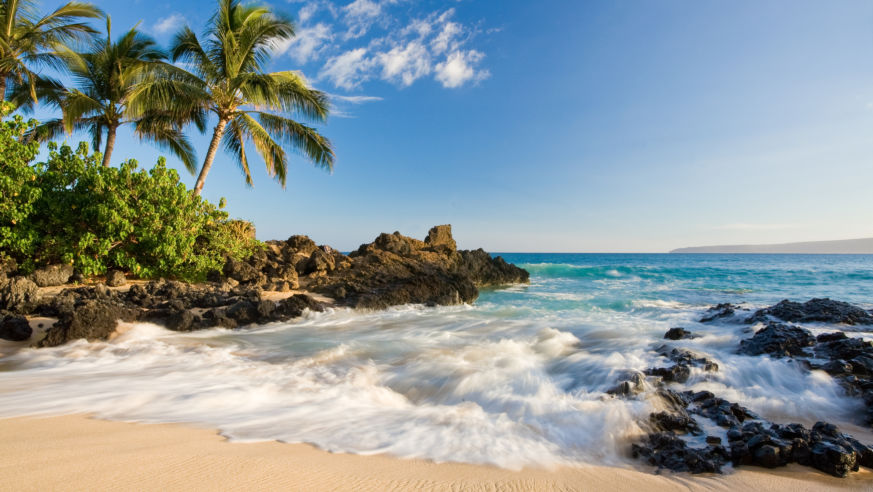 There was once a time when it was heavily frowned upon to speak Hawaiian in public. Suppressed by missionaries and western businessmen who were working to supplant the culture, the Hawaiian language was only spoken in the privacy of family and friends. In fact, in the 1970s, it was estimated that fewer than 50 children could fluently speak Hawaiian.

In 1978, however, as part of a widespread cultural awakening known as the “Hawaiian Renaissance,” an increased importance was placed on the language and it was surely, but slowly, revived. Along with English, it was once again made an official language for the entire state of Hawaii, and immersion preschools such as Punana Leo began opening in 1984.

Today, Hawaiian language courses are offered at universities from the Hawaiian Islands to the mainland, and you can even format a computer and Google to organically search in Hawaiian. And while the overall number of speakers remains small—estimated at approximately 10,000 and growing—it’s a welcome change from the linguistic extinction the Hawaiian language once faced.

Though English is still the de facto language of business, commerce, and tourism, Hawaiian words are often interspersed in everyday conversation—so much so that you’re sure to hear a few while enjoying your Hawaiian vacation.

Most visitors know that aloha translates as “hello” and “goodbye” in Hawaiian, but there is a deeper meaning to this common phrase that is synonymous with the Hawaiian Islands. The sense of aloha, or spirit of aloha, is prevalent throughout the islands, and a loose translation of this deeper meaning is “to consciously manifest life joyously in the present.” It is the divine power living within all of us, and some even say the “breath of life” at the core of the human spirit.

Mahalo is a word that is written on many of the trash cans throughout the islands. Consequently, there is a bit of confusion that the word mahalo is literally the word for trash. Mahalo is a word that actually means “thank you,” and the signs on trash cans are a way of thanking you for throwing away your trash. More than simply on the front of trash cans, you’ll encounter the word at the exit to buildings or on the lips of many activity agents. It isn’t uncommon to hear locals concluding a purchase with a casual, yet courteous “mahalo,” and it’s an easy yet important Hawaiian word to learn when traveling in the islands.

This, on other hand, is the real word for trash that you won’t find written on trash cans. Instead you’ll find it on placards and signs saying “mahalo for cleaning your ‘opala,” and it’s highly likely you’ll catch some “stink eye” if you leave your ‘opala on the beach.

Even though they’re two separate words, mauka and makai are intrinsically linked since they’re important directional opposites. In the traditional days of ancient Hawaii, the islands were divided into pie shaped slices known as ahupua‘a. These wedges of land ran from the mountainous summits all the way down to the seashore, where to move “ma uka” meant going towards the mountain, and “ma kai” was moving towards the sea.

Today, mauka and makai are still heavily used when trying to give directions, as a restaurant that lies on the inland side of the highway is said to be mauka of the highway. Similarly, if you’re walking down a road with buildings on each side, and the water is to your left and the mountains are to your right, a storefront that sits on the ocean side of the road is said to be makai of the road. Forget everything you know about road numbers and highways—it’s all about mauka.

Perhaps more so than any other word, pau is a phrase that regularly infiltrates an English statement or question. Pau is a word that signifies “finished,” and it’s most commonly used when island waiters will ask “are you all pau with that plate?”

A variation of the word is the phrase “pau hana,” which signifies the end of as person’s workday. Many island bars will have “pau hana” specials in the hours just before sunset, and it’s an island variation on the traditional “happy hour” that’s found at most mainland bars.

If you plan on doing some hiking in Hawaii, or will be venturing to out of the way places, the word kapu might be the most important word to learn when visiting Hawaii. Before Christianity was accepted in Hawaii in the early 1820s, religious laws that were known as kapu regulated everyday life. Loosely translated as “forbidden” or “illegal,” breaking a kapu—such as allowing your shadow to fall on an ali‘i or harvesting fish out of season—in many cases was punishable by death and was often strictly enforced.

Although the kapu system of religious rule was abolished in 1819, signs with the word “kapu” can still be found in rural sections of the islands. The signs today essentially mean “keep out,” or letting hikers or trespassers know that continuing further is forbidden. Unscrupulous travel publications downplay the signs as unauthorized or baseless for visitors, but that’s not the view that’s generally accepted by the majority of the Hawaiian community. If you’re hiking in Hawaii and see a “kapu” sign, it’s best to simply stay out.

Families who are traveling to Hawaii with children will do well to learn this word. Keiki is the general term for “children,” and restaurants will feature keiki menus and activities have prices for the keiki.

Kokua is a word that means “to help,” and it’s frequently coupled with the word “mahalo” to form “mahalo for your kokua.” In English, the phrase would translate as “thank you for your compliance,” and it often references not littering or helping to keep an area clean.

Wikiwiki means to hurry up! If you’re boarding for a Maui snorkeling tour, and realize you’ve left the sunscreen in the car, the boat staff might tell you “wikiwiki” when you tell them you’re going back to get it.

This is a cry most referenced at concerts when the crowd is calling for an encore. Hana hou can translate as “again,” and if a crowd is hungry for another song, boisterous chants of “Hana hou!” will be rained upon the stage.

When traveling in Hawaii, if someone calls you “akamai” you should definitely take it as a compliment. Akamai is a word that simply means “smart,” so if you tell a local that you packed lots of jackets for watching sunrise at Haleakala, they might come back with a “ho, akamai ah you?”

Ono deserves a special mention since it appears in two different forms. It mostly is found on restaurant menus describing the types of fish, as ono is the word that Hawaiians use for the fish more commonly known as wahoo. It’s the succulent block of grilled white meat at the bottom of your beachside fish taco, and the pointy-face fish you hope springs from the water as soon as you hear “Fish on!”

More importantly, however, ono is the word that Hawaiians use to describe a flavorful dish. It can be used in place of “good” or “tasty” and as a positive affirmation, and you know the ono will always be ono whenever it’s ordered in Hawaii.

With all these words in your linguistic repertoire, not only will things make a little more sense on your next visit out to the islands, but you can graduate on to more advanced words and phrases, such as humuhumunukunukuapua‘a—the Hawaiian state fish that literally translates as “big lips with nose like a pig.”