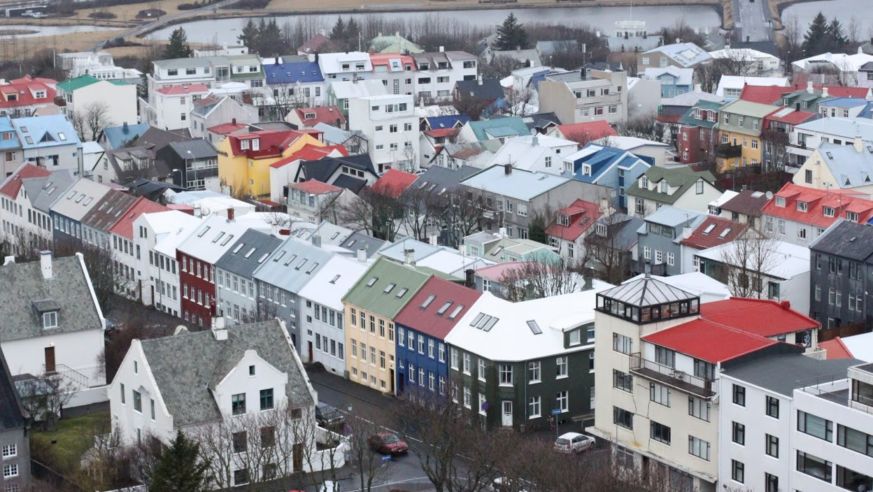 Reykjavík, Iceland, for $72 a night? You bet! A Hotwire user landed that rate for Hótel Leifur Eiríksson, next to downtown shopping and Hallgrímskirkj church.

The more you know! These sneaky strategies can net you major savings when you're searching for flights, hotel rooms, and car rentals on Hotwire.

Ah, the sweet victory of scoring an amazing Hotwire travel deal: In your face, widely advertised prices! With "opaque" deals, however, not knowing where you're going to end up for the night—or the details about how you'll get there—isn't exactly reassuring when you're springing for a big trip. No one wants an unexpected three-hour layover or a dated hotel room, but if you play it too safe, you could miss out on potential savings.

Even though Priceline's rates are reputedly cheaper by around 5 to 20 percent, Hotwire's opaque Hot Deal and Hot Fare prices are already listed, so you won't accidentally bid way too high—and there are other perks too. "Hotwire is much better than Priceline for families," says Randy Greencorn, founder of HotelDealsRevealed.com and ResortFeeChecker.com. "You can't book a room on Priceline that is guaranteed to accommodate more than two guests. Plus, you know what amenities you're going to get. For example, a swimming pool is a must-have when I travel with my kids."

With a little fancy keyboard work before you click "book now" on Hotwire, you can prevent both overpaying and that sinking feeling when you get stuck with a hotel room, car rental company, or flight schedule that is so not what you had in mind. Let BT be your guide:

1. First, make a beeline for non-Hotwire-affiliated data-collecting sites to see what everyone else has been booking.

You can't completely eliminate any doubt about what opaque offers you're scrolling through, but you can form a general idea of what other people are paying—and for what—by scouring crowd-sourced websites and message boards like BetterBidding.com and BiddingTraveler.com. Those sites help predict what hotel you'll get and share specifics about recent Hotwire deals, including hotel names and prices, car rental company and rate information, and flight details (layovers, stops, airlines, etc.). Know, however, that they're not gospel: Geographic boundaries are often redrawn, and offerings change.

Even Hotwire itself is telling users up front what hotels previous Hot Deal takers have nabbed: For example, we searched for a three-star hotel in Reykjavík, Iceland, for five nights in March, found one for $72 per night, clicked on it, and a blue flag popped up, saying, "Book soon! The last person got the Hótel Leifur Eiríksson." The Leifur Eiríksson is a small, basic boutique hotel smack in the middle of the city, with views of Hallgrímskirkja church. Booked through the hotel's site, the daily rate would have been $126; Hotels.com showed $114. That's almost a 37 percent discount for a well-rated, centrally located crash pad, assuming that's the hotel you do end up with. The takeaway: Don't feel guilty about DIY-ing your own research; everyone is doing it.

"Although Hotwire does not reveal the name of a hotel before booking, it does provide a lot of information about a hotel, such as vicinity, hotel amenities, resort fee (if applicable), hotel class, and TripAdvisor rating," Greencorn says. "This information acts like a fingerprint, describing unique characteristics of a hotel. It is fairly simple to use other sources—Google Maps, TripAdvisor, Resort Fee Checker, etc.—to find hotels that fit this description. It's not perfect, but I can usually narrow it down to two or three likely hotels before pulling the trigger on a purchase."

3. Download the mobile app! The last-minute hotel deals are the best ones.

Above all, Hotwire considers its last-minute hotel savings—including day-of arrival—to be significantly better than Priceline's. Hotwire's in-house experts say that of the people who book their travel on Hotwire’s free mobile app, two-thirds of them book on the same day. It's completely worth a shot to download the app and scan the inventory, even—or especially!—if you happen to be idling in the parking lot, deciding which nearby hotel to choose. Plus, Hotwire just updated its iPad and iPhone app to include car rentals and launched car rental bookings for Android too.

4. Create your own Hotwire vs. Priceline cage match.

This might not be the nicest thing to do, but it's one strategy: "Many travelers use Hotwire to find out opaque pricing, then see if they can get a better deal on Priceline's Name Your Own Price system," Greencorn says. "For example, say I see a five-star Las Vegas Strip hotel for $100 on Hotwire. Why not bid on Priceline and see if you can do better?"

5. Take advantage of a little-known Hotwire tool to plan your trip around the best rates and weather.

Not everyone knows about the site's TripStarter feature, but if you type in your destination and the airport you're flying from, it quickly tells you when flights and hotel rates have historically been the cheapest, based on Hotwire searches, along with average temps and rainfall. For example: We found that flights from Chicago to Orlando usually hit rock bottom (around $200 or less) in late April, early September, and early December, and average hotel rates dip to around $85 in early September as well. The beginning of the school year might not be an ideal time to take the kids, but for an adult getaway that will more or less let you have the theme parks to yourself, you can't beat the prices and the weather—the high is 90 degrees, cooler than June, July, and August.

6. Be realistic about what your hotel needs are, then book accordingly.

Are you traveling to a major metro area on a solo work trip that will leave you with little free time? Then you probably don't need a leisure hotel famous for its package spa treatments and activities for children. In cases like these, a typical four-star hotel in the city center will do, which is where sites like Hotwire excel, says Tim Leffel, author of Make Your Travel Dollars Worth a Fortune.

"Unless you're racking up lots of loyalty points, does it really matter if you're in a Hyatt, Marriott, Hilton, or Sheraton?" he says. "If you're going to catch eight hours of sleep at an airport hotel before a flight, does it really matter which three-star airport hotel with a shuttle you're in? You're just going to sleep, shower, and leave anyway."

That said, even if you're craving a true vacation, you can still make out like a bandit, provided you manage expectations and are specific about what's important to you, Leffel says: "I have used Hotwire for a last-minute all-inclusive vacation in the Bahamas. It was a three-night getaway, and we didn't much care where we stayed as long as it was on the beach."

7. Use Hotwire for car rentals if nothing else.

If any degree of hotel or flight uncertainty freaks you out, you can still get a deep discount on auto rentals. Travel expert John DiScala, a.k.a. Johnny Jet, told us that he usually uses Priceline for its across-the-board savings, but recently, he's seen Hotwire's car rental prices plummet to what he calls "really" good rates.