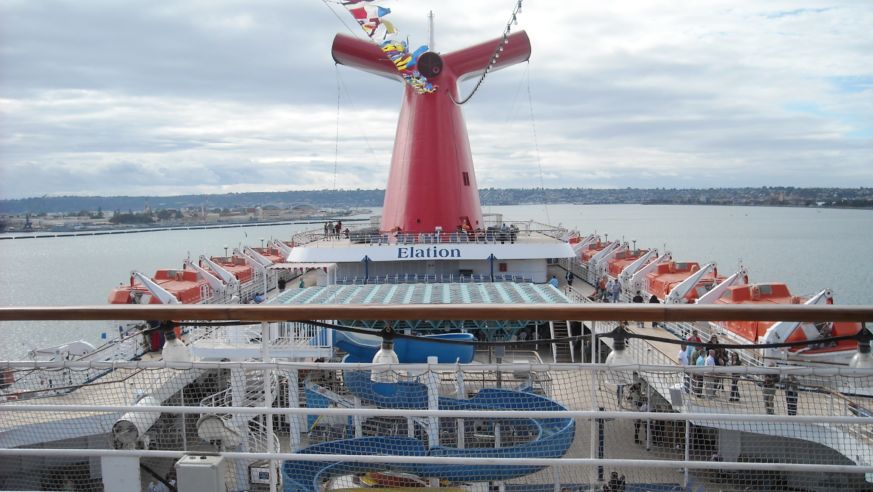 Carnival Cruise Line is expanding its fleet with four new ships that will transport a record number of passengers and crew members.

Setting sail between 2019 and 2022, the new cruise ships will be able to carry up to 6,600 guests in addition to hundreds of crew members. Cruise ships today average about 4,000 plus passengers, but despite the increased capacity Carnival stressed that the high-volume vessels won’t feel more crowded.

“A major part of the innovative design involves making much more efficient use of the ship's spaces, creating an enhanced onboard experience for guests,” the company said in a statement released Monday. Though the new ships will have an “an extensive number of guest-friendly features,” they will unlikely house the large scale attractions like bumper cars, skating rinks, or full size basketball courts, according toBloomberg.

“It won’t feel congested, it won’t feel confined,” Carnival Chief Executive Arnold W. Donald assured viewers in a Bloomberg interview yesterday. “People will find it to be a great experience.”

Rooms and suites are likely to stay the same while extra space will be taken from the ships’ common areas.

The largest ship by size currently in commission is Royal Caribbean’s Harmony of the seas which is scheduled to set sail next spring. That ship boasts a capacity of 5,479 passengers. The line’s Oasis class ships are about seven feet shorter but can carry considerably more passengers—up to 6,300 guests and almost 2,400 crew.

Carnival is also stepping into the "green cruising" space as the new ships will be the first ever cruise vessels powered by Liquefied Natural Gas. This type of gas is already used municipal buses and airport shuttles as it reduces soot emissions and cuts down on mechanical carbon footprints.

The scariest water slide ever may be in Texas

The most hated hotel chains in the US, according to social media

Virgin Cruises to launch in Miami in 2020