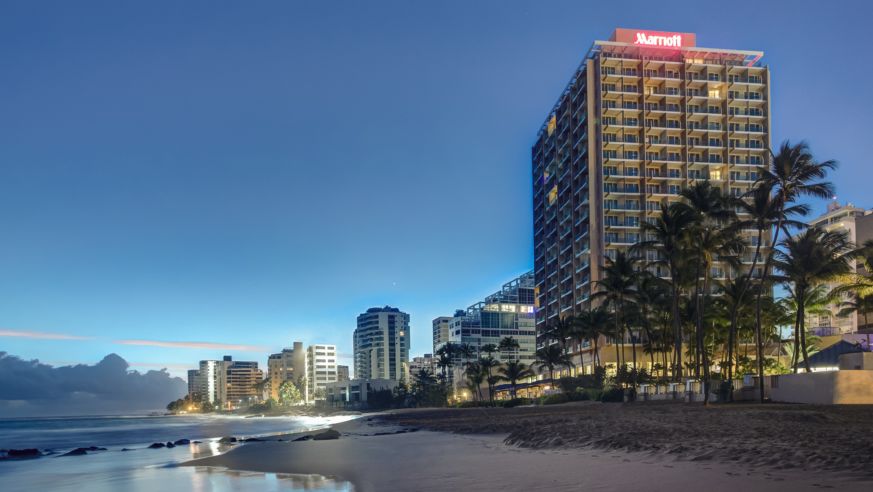 You can score a deal on a stay at the San Juan Marriott Resort & Stellaris Casino in Puerto Rico during the CyberSummer sale on Saturday, June 21st.

For one day only, you can score major discounts on 20 hotels in Florida, the Caribbean, Mexico, and Latin America with the CyberSummer Saleon Saturday, June 21st. All deals must be booked between 12 a.m. and 11:59 p.m. on Saturday, June 21st, and depending on the package, travel dates are available throughout the summer and in some cases, until Dec. 31, 2014. Check out these specials:

LATIN AMERICA
• 30 percent off nightly rates at Casa Polopó in Guatemala, with rooms starting at $98 a night.
• Stays in a Classic Inca Room at the JW Marriott Cusco in Peru from $200 a night.