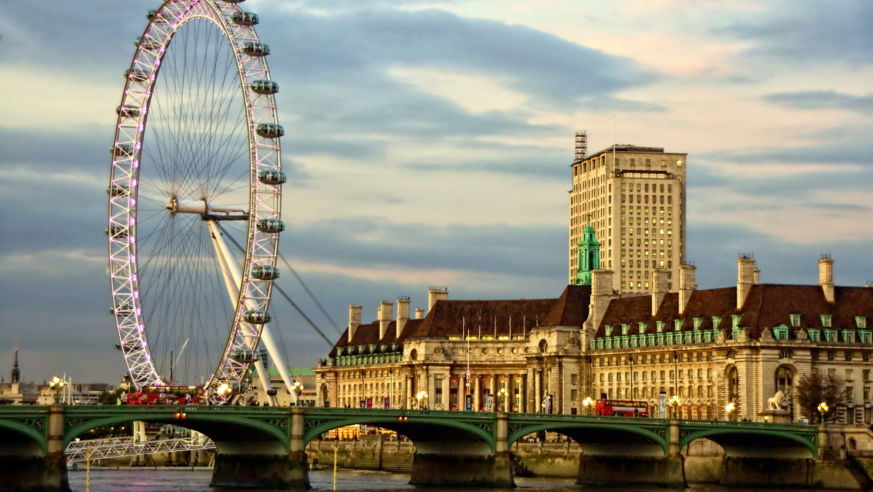 This article originally appeared on BedandBreakfast.com.

London repeatedly makes top 20 lists for travelers. The city often ranks high on diverse culture, amazing food, millennia of history, and an overwhelming number of great attractions. But it also ranks as one of the world’s most expensive cities. In fact, Skift ranked London second for most expensive hotel rooms in 2014, and US News placed it in their top 15 priciest cities for travelers.

This doesn’t mean budget-minded travelers should avoid London. There are lots of ways to save money while still having a great time in one of the world’s great cities. The city of London publishes a Budget London guide—it lists loads of cheap and free attractions—and our own Innkeeper’s Guide to London has even more travel tips from a local insider. These aren’t second-rate picks, either; some of London’s grandest museums, like the British Museum, where you’ll see the famous and controversial Parthenon Marbles, are free to visit. One of London’s most sought after cuisines—Indian  food—is  also its most affordable. Camden Market, offering vintage kitsch and modern maker crafts, has some of the most fun shopping in London.

Don’t let the price tags scare you—London can be affordable. Here are a few inns and B&Bs that are great alternatives to London’s big spendy hotels, along with advice on how to see London without breaking your budget.

Self catering can save you a bundle

Splurging on restaurant meals can be one of the great joys of travel. Book a table at the place opened by an internationally renowned chef or find the hot new bistro, sure. But three restaurant meals a day can wear your wallet down. The cooked English breakfast is standard at most B&Bs, but at Bonnington Square Bed and Breakfast you’ve got the option of making your own if you’d rather eat on your own schedule. The kitchen is yours any time of day, too, so you can take a coffee break in the garden or make your own dinner before heading out for a night on the town. The B&B is a short walk from Vauxhall Station and you’re not far from Big Ben, the Houses of Parliament, and London’s lively Southbank neighborhood.

Telegraph Hill B&B, Guest Room & Apartmentalso offers a self-catering option—you can go classic B&B style and get a room only, or book the apartment and make yourself at home. Telegraph Hill is located in lively New Cross, a neighborhood popular with artists and musicians. You’ll get a great local vibe staying here and you’re only a five minute walk from the New Cross Gate underground station.

Sure, you can shop big supermarkets like Sainbury’s and Tesco, and you should—it’s fun to visit supermarkets when you’re traveling. But the real pleasure is in the farmer’s markets and arcades. It’s okay to go hungry; they’ve all got street food and coffee carts and an amazing variety of snacks and prepared food. The markets are a must visit for any London tourist, but with a kitchen, you’ve got the option to spring for edibles, both as souvenirs and as things to enjoy in your temporary home.

Founded in the 1100s, Borough Markethas been at its current site since the 13th century. With over 100 stalls, you’re sure to find lots of delicious ingredients to cook a full meal or enjoy a picnic lunch. All the basics are here:  fruit and veg—some from nearby growers—and Italian and British cheeses, fresh fish and game… There’s also a demonstration kitchen where you can drop by and see some of London’s best chefs at work.

If you’re interested in the ingredients that go into London’s staggering variety of ethnic foods, head to Brixton Village. On the first Saturday of every month there’s a baker’s market, every Sunday there’s a farmer’s market, and every day there’s an array of Ethiopian, Indian, Southeast Asian, and Eastern European ingredients on offer.

If you’re feeling fancy, Leadenhall Market is a more on the high end of things with artisanal chocolates, carefully curated cheeses, and wine shops. Leadenhall is also remarkably picturesque; Harry Potter fans may recognize it as the site of Diagon Alley, the magical shopping district where the young wizards went for their school supplies.

Finally, once you’ve found everything to make your meals head out to the Columbia Road Flower Market and get some blooms for your kitchen table.

Compromise on size, but not on location

You might find lower prices outside the city center, but there are also great deals to be had in the heart of the city—and you’ll spend less time on transit. There are some smaller hotels and B&Bs where you may not have the spacious rooms offered by big hotel chains, but you’ll have all the amenities and much more charm while still staying right in the middle of the city.

From the Barry House Hotel you can walk across Kensington Gardens to three of London’s great museums, the Victoria and Albert, the Natural History Museum, and the Science Museum. Barry House is a beautifully restored 1840 Victorian townhouse and all the rooms have private baths.

Both the Marble Arch Gloucester Hotel Central London (once home to royalty fleeing the French Revolution) and the Lincoln House Hotel (an 18th century Georgian townhouse) are close to Regent’s Park, which is home to the London Zoo and the world famous Madame Tussaud’s Wax Museum, and near the 221b Baker Street Sherlock Holmes museum. Both properties are in lovingly preserved historic properties in the heart of London, with easy access to the underground.

Best of all, dozens of London’s great sites are free!

If you’re planning to get out of your neighborhood, or you just want to ride the double-decker buses a few times, you’ll need an Oyster Card; London buses no longer take cash payments. If you’re a planner, you can buy your card in advance and have it sent to your home address. Otherwise, you can get an Oyster card at most train and subway stations and official tourist information centers. London taxi cabs are expensive, so using transit is one of the most practical ways to save money.

There are a remarkable number of free museums in London and they’re not just second-string attractions. The venerable British Museum, home to the Parthenon Marbles and the Rosetta Stone? Free. The Victoria and Albert Museum, housing a collection of some of the finest in historical art and design? Free. Or how about something a little more obscure, like the London Sewing Machine Museum? That’s free too. [So is the British Library, where you can view Beatles lyrics the lads scribbled onto the backs of birthday cards and napkins when inspiration hit!]

And then there’s London’s exhaustive network of parks. Kids under 16 get into the world famous Kew Gardens for free, bird watchers will delight in the pelicans, owls, and woodpeckers in St. James’ Park, and deer roam the 2500 acre grounds of Richmond Park.

London can be affordable

London has so much to offer, it would be a shame to skip it because you think you can’t afford it. If you go with independent alternative properties like the ones recommended here—and you do a little advance research and planning to seek out low cost and free attractions—you’ll get great value out of one of the world’s great cities.