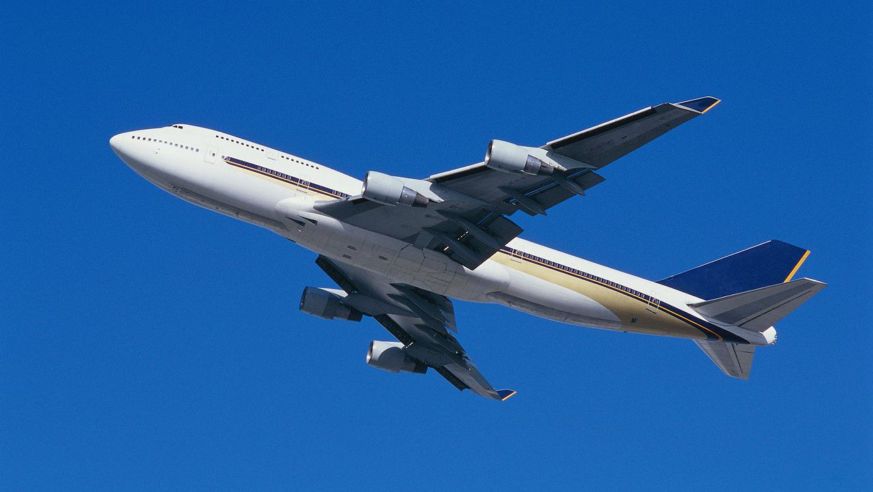 This article was written by Brittany Jones-Cooper and originally appeared on Yahoo Travel.

Even novice travelers know that it’s smart to plan for delays and crowded planes when you’re flying. What you never think to plan for is your cabin crew going on strike. But that’s exactly what happened on Friday, when Lufthansa crew members walked out of work at airports in the German cities of Frankfurt, Duesseldorf, and Munich. As a result, the Associated Press reports that 929 flights were canceled, leaving nearly 113,000 Lufthansa passengers stranded at the airport. Surely the workers had their reasons for walking out, but it seems almost cruel to leave those travelers high and dry.

Which got us thinking: What rights do passengers really have when everything that can go wrong does? For answers, we referred to the Department of Transportation (DOT), whose main job is to make U.S. travel safe and efficient. We also chatted with aviation consumer expert Christopher Elliott, who strongly believes that it’s important for passengers to have their guard up while traveling.

“It’s always a good idea to know your rights before you fly,” he says. “That way you don’t end up paying for something that the airline should have taken care of.”

Here are your rights in the following scenarios.

The airline goes on strike

If an airline goes on strike, prepare to face some obstacles. Once your flight is canceled, the airline is only obligated to get you to your final destination. According to the DOT, airlines are not required to put you up in a hotel, cover meals, arrange substitute transportation on other airlines, or refund the cost of other travel services. With all of the stuff they won’t do, there is one thing they can’t say no to.

“If the airline isn’t operating flights, you are entitled to an immediate refund. Period,” says Elliott.

If you’d rather be rebooked than refunded, most airlines will step up during these stressful times and attempt to help. If they can’t get you on a flight with their airline partners, they may endorse your ticket with another carrier. However, this is not required.

“Remember that in a strike situation, you might be dealing with an agent who is fearful for their job, or has a co-worker who walked out,” reminds Elliott. “Be kind to them, and they might be more likely to help you out.”

Tip: Book flights with airlines that are part of an alliance. If they have partner airlines, it will increase the likelihood of you getting rebooked faster.

The airline goes out of business

This might sound like an unlikely scenario, but since 1998,30 airlines have stopped operating or gone bankrupt. The good news here is that passengers are legally entitled to a refund for any flight that wasn’t taken.

Additionally, partner airlines might step up to honor tickets from a bankrupt airline. For instance, Aloha Airlines ceased operation in 2008, butHawaiian Airlineshonored their passengers’ tickets on a standby basis at no additional charge. Even so, airlines are not obligated to do this, so don’t hold your breath.

Tip: Purchase your plane tickets on a credit card. This way, if your airline goes kaput, the airfare will be refunded much quicker than if you purchased it with cash.

The plane is diverted because another passenger has a meltdown

Every week there seems to be a story about a passenger who freaks out in the air, causing the plane to be diverted before reaching its final destination. In many cases, the plane is delayed, which means anyone who has a connecting flight faces the risk of missing it.

If your flight is diverted, how the airline reacts hinges on responsibility and comes down to the rules in its contract of carriage. Every airline has a contract of carriage that outlines its rules and regulations. Airfare Watchdog has compiled a listof contracts for most of the major domestic and international carriers.

If it is a mechanical issue, most airlines will likely put you up in a hotel and give you a meal voucher until you can be rebooked on another flight. But if a flight is diverted because of weather or an unruly passenger, the airline deems that as beyond its control and is not required to provide alternative travel plans.

Even so, Elliott says that many airlines will take care of passengers even if they aren’t obligated to.

“As a practical manner, airlines will help passengers because it’s the right thing to do. But it’s not in the contract of carriage.”

Related: 15 Passengers Kicked Off Planes in One Week—What’s Going On?

You get stuck on the tarmac for hours

This is every passenger’s nightmare. You board the plane with the assumption that takeoff is imminent. Instead, you spend the next couple of hours sitting on the tarmac while the airline deals with a mechanical problem, incomplete paperwork, or traffic on the runway. Luckily, it’s illegal for passengers to be kept waiting for too long.

According to the DOT, an airline cannot keep you on a plane on a tarmac for more than three hours on a domestic flight (four hours on an international flight) without allowing you to get off if you wish. Additionally, after two hours, the airline has to give you food and water, provide updates every 30 minutes, and insure that the lavatories are in working order.

As far as compensation is concerned, passengers don’t get anything if an airline violates tarmac rules. Instead, the DOT will fine the airline, and the payout can be hefty.

“In January, the DOT fined Southwest Airlines $1.6 million for failing to let off passengers on 16 delayed flights,” says Elliott. “Since then, airlines have been following the rules very closely.”

Tip: Fly-Rights is the DOT’s consumer guide for airline travel, and it is easily accessible if you need a quick reminder of your rights.

You’re bumped because of space

The truth is, most airlines overbook their flights—it’s not illegal. But in the instance that a flight is overbooked and a passenger doesn’t volunteer to take a later flight, the airline has no choice but to involuntarily bump someone off.

While being told you can’t board would certainly ruin your day, the DOT requires every airline to provide denied boarding compensation in the form of a check or cash.

But there are rules. If the airline can get you to your destination within one hour of your scheduled arrival, it doesn’t owe you anything. However, if the alternative travel plans get you to your destination between one and two hours after your original scheduled arrival time (between one and four hours on international flights), the airline must pay you an amount equal to 200 percent of your one-way fare, with a $675 maximum.

If the substitute transportation gets you to your destination more than two hours later than the original flight (four hours on international flights), or if the airline does not make any substitute arrangements, it must pay you an amount equal to 400 percent of your one-way fare, with a $1,350 maximum.

Related: Is Your Luggage Lost? Here’s How to Get It Back—Fast!

Your luggage is delayed

No matter what the airline tells you, you have rights from the moment your luggage is misplaced.

“I’ve seen an airline actually hand people cash for incidentals when their luggage was misplaced,” said Elliott. “They can’t leave you high and dry.”

Each airline has different rules regarding baggage outlined in its contract of carriage, and it usually asserts a limit to the airline’s liability for delayed, lost, or damaged check baggage.

Across the board, on domestic trips the airline can invoke a liability ceiling that is regulated by the DOT and adjusted for inflation every two years. That limit is currently $3,500 per passenger for lost baggage.

On international round trips that originate in the United States, the liability limit is set by a treaty called the Montreal Convention. The international limit is worth about $1,675.