What Music Is On Your Ultimate Summer Road Trip Playlist?

We've got road trips on the brain this summer, especially with the re-release of our Budget Travel Ultimate Road Trips App, available now in the App store and on Google Play. Whether you're dreaming up an epic cross-country road trip this summer, gearing up for a drive through the Badlands and Black Hills of South Dakota, or touring the amazing national parks and state parks of Southern Utah and Northern Arizona, here are some of your favorite tunes to jam out to along the way.

"Billy Joel's Vienna, especially when he says 'Don't you know that only fools are satisfied?' Makes me reassure why I'm still not satisfied and why I'm still wandering." —Ana Raspini

"Always Don't Stop Believing for everyone in the car to sing with." —Hayden Pigott

"On the Road Again by Willie Nelson, of course!" —Sandy Whitney

"Good To Be Me by Uncle Kracker, and anything by Jimmy Buffett." —Ashlie Johnston

"Eastbound and Down. Always the first song I play when I hit the road." —@BarnetteJason

"We listen to anything by Butch Walker and Gin Blossoms. And some Lady Gaga for good measure." —@NTDtravelcast

"This summer, it's definitely the new Mumford and Sons album. Otherwise, I love anything 90s for road trips." —@holly_asbach

"Give me the greatest hits of Jorge Ben Jor and a convertible and I am one happy girl!" —@arandomwalkatw

"Maroon 5's first album, Michael Jackson, U2, and Stevie Wonder. It's a mix of a lot of stuff." —@SwankyTravel

"Anything by the Gap Band for Mom and Dad. The kids? Who knows: Ed Sheeran, Taylor Swift, Rob Thomas, and good old country." —@FRKMAHampton

We want to know: what songs are on your playlist this summer? Sound off below! 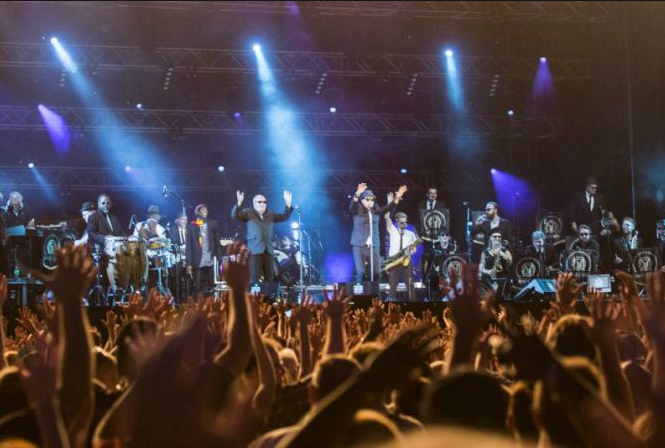 We've got Canada on the brain, especially after hearing about these three festivals happening this summer just a 90-minute flight from NYC. Here's why they deserve a spot on your travel radar. Montréal International Jazz Festival When: Now thru July 5. Catch the tail end of the Montréal International Jazz Festival this weekend. The best part: all the outdoor music events are free while tickets for indoor shows are sold separately and range from $10 performances at the House of Jazz to concerts by artists like MIKA and Madeleine Peyroux (from $51 each). Visit this website for more info on special event packages with area hotels like the Hyatt Regency Montréal, Delta Montréal, Fairmont The Queen Elizabeth, Residence Inn Montréal Downtown, and Travelodge Montréal. Québec City Summer Festival When: July 9-19. This could quite possibly be the most impressive—and affordable—music festival on earth. You'll have access to 300 shows on 10 stages over the course of 11 days for $98 per person. That's not all. This year's lineup includes The Rolling Stones, the Foo Fighters, Nickelback, Keith Urban, Iggy Azalea, Boston, The Doobie Brothers, Interpol, and Megadeath among a ton of other popular musicians. New France Festival When: Aug. 5-9 Talk about a blast from the past. For five days, experience the ultimate Renaissance-fest with a twist: here, everyone dresses up and reenacts how things were in Québec City back in the 17th-century, complete with parades, dances, street entertainment, and a grand costume ball. Feel like getting in on the fun? Rent a costume or create your own using these DIY tips. We want to know: have you ever been to one of these festivals? What are your favorite things to do in Montréal &amp; Québec City? Sound off below! 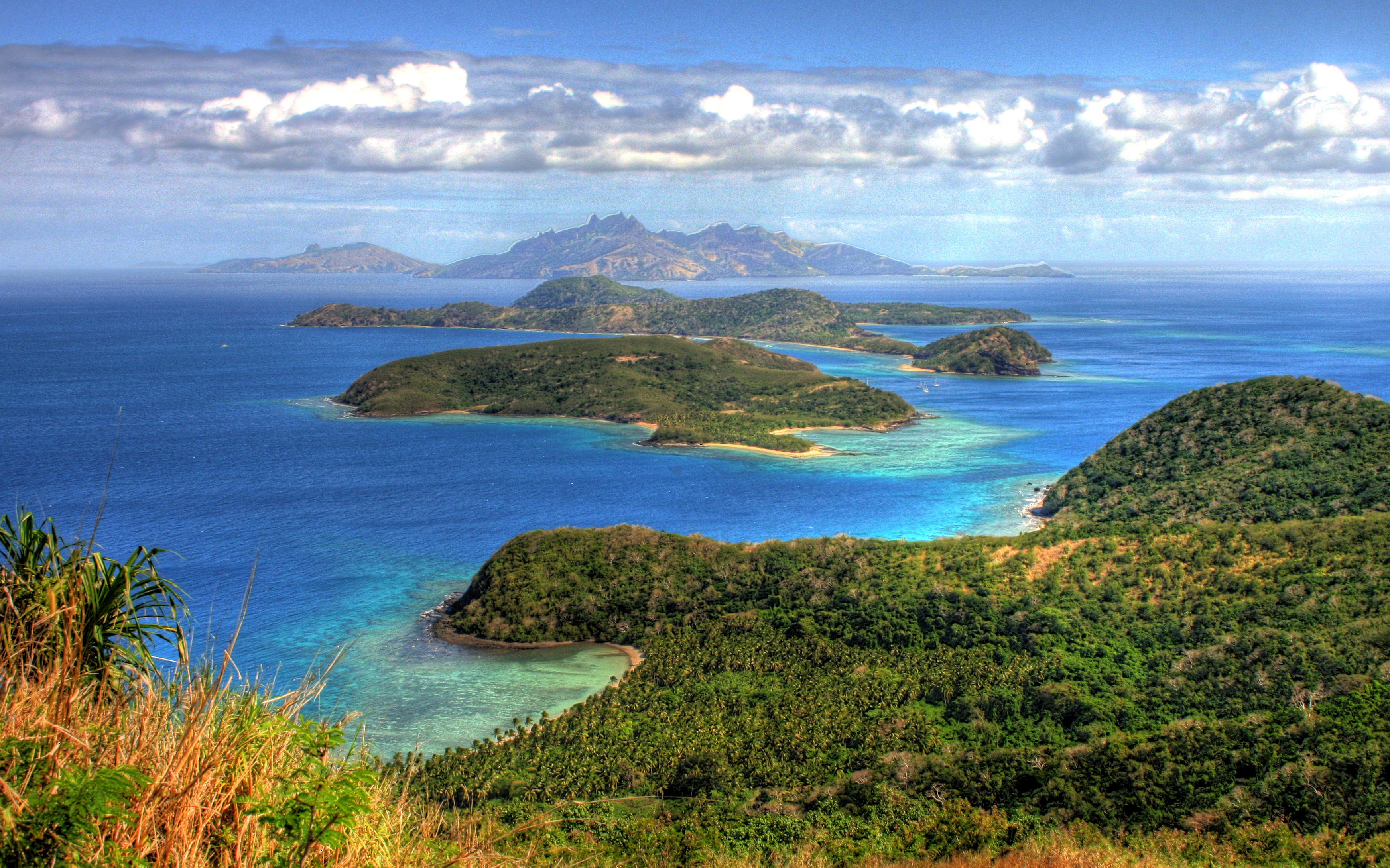 Guys, I have a confession to make: My wedding is in three months, and my fiancé and I haven't planned our honeymoon.  I know, I know. I'm a travel editor. I'm in the business of lovey-dovey, Instagram-worthy destinations. I wrote 10 Most Romantic Islands in the World. I wrote Honeymoon Paradise for Less, for crying out loud. And now I'm telling you that when it comes to my own ultimate romantic vacation, I've got nada. OK, not exactly "nada." There are five destinations that my fiancé and I have been kicking around, but both of us have been too busy to research nitty-gritty specifics for our trip (oh, the irony). We want a beach vacation—the fewer people on aforementioned beach the better. He wants an overwater bungalow. (That's negotiable.) I want a remote destination where Wi-Fi isn't a guarantee, because the last thing I want to be doing with my new husband is crafting witty Facebook posts for my high-school friends. My deepest vacation fantasy is re-enacting that oddly prescient Corona commercial from a few years ago: throwing my phone into the ocean, never to answer it again. So I need your help. I want your best memories, your horror stories, and your heartfelt recommendations to guide me. Our wedding is in October, and we'll be flying out of California, most likely LAX. My fiancé and I like chic properties at reasonable prices, beautiful beaches, and free-flowing drinks—and I want to learn how to surf. From a romance, value, activity, and style perspective, out of these five destinations, where should we go? 1. Fiji Pros: So many islands to choose from! Three hundred thirty-three, to be exact (not all of them inhabited). I dig the idea of having a picnic on a private beach, and the far-flung factor is there in spades. Cast Away was filmed here: That's the very definition of "getting away from it all." Cons: The flight is almost 11 hours—not a short trip. And there are only a handful of overwater bungalows, which doesn't bother me, but my fiancé might take issue. 2. Bora Bora Pros: Bora Bora is honeymoon central. Even Morello in Orange Is the New Black deeply understood the significance of "Bora Bora Bora." And as prevalance of overwater bungalows goes, Bora Bora has many, a fact my fiancé loves. Cons: Bora Bora isn't exactly cheap. And because we've waited so long, we might have priced ourselves out of any stellar deals. 3. Tahiti Pros: A lover of Paul Gaugin's art, I've always fantasized about the island of Tahiiti as an exotic destination (even though the his portrayal of the place didn't exactly mirror his experience). Birdwatching, gardenias, beaches... What more do you need? Cons: Is the island of Tahiti too populated? Maybe we should consider going to Moorea instead, or elsewhere in French Polynesia, rather than hang out on the island proper. 4. Fiji + New Zealand Pros: New Zealand is right there! Might as well hop over if we've gone all the way to Fiji, right? Cons: This plan might be ambitious if what we really desire is relaxtion. The worst thing to do to yourself as a traveler is force yourself to do something that, deep down, you don't really want to do. 5. Honolulu, Hawaii Pros: My fiancé and I are huge, unapologetic Mad Men fans, and ever since I wrote Mad Men Travel Destinations, I've been obsessed with the Royal Hawaiian, a.k.a. the "Pink Palace," the hotel Don and Megan Draper stayed at on their honeymoon. I hear it's just as fabulous as it was in the Drapers' heyday. Plus, the flights to Hawaii are cheaper than any other destination on our list. Cons: Even though neither of us has been to Hawaii, staying in the U.S. isn't as exotic as either of us had envisioned. Plus, crowded beaches might be a concern. Did you have a romantic experience on one of these islands that you'd recommend? Or am I totally missing an option I should be considering? I wanna hear from you! Vote in the poll below, and talk to me in the comments. But Lord knows I need to hear your advice fast...before time runs out. survey tools 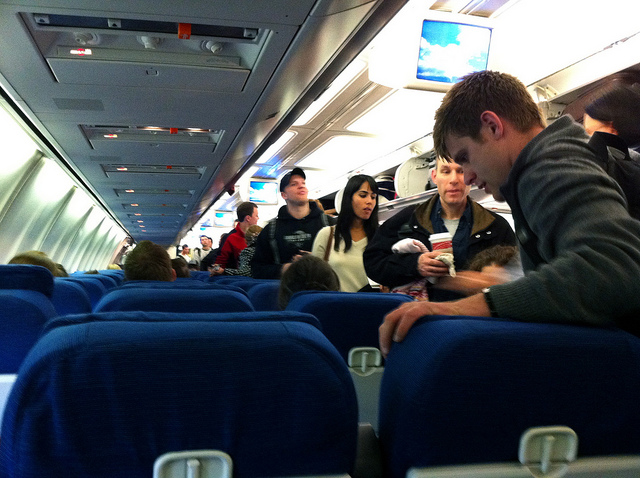 This article originally appeared on Fox News Travel. It's never fun to find crumbs on your airline seat or old coffee cups in your seatback pocket. If a clean aircraft is a must when purchasing a ticket, you may want to consider flying on Asian carriers. All of the top 10 airlines in Skytrax's annual World Airline Awards for cleanliest cabins were Asian. Taiwan-based EVA Air took top honors in the category, winning the award for tidiest seats, tables, carpets and lavatories.  Let's be clear. Skytrax didn't test for bacteria content on tray tables or inside the bathrooms. Rather, it surveyed responses from more than 18 million passengers on over 245 airlines to get its ranking.  Here is the complete list: 1. EVA Air 2. Singapore Airlines 3. ANA All Nippon Airways 4. Cathay Pacific 5. Asiana Airlines 6. Garuda Indonesia 7. Japan Airlines 8. Hainan Airlines 9. Korean Air 10. Hong Kong Airlines And if you really want to find out where germs lurk most on aircraft, watch this. More From Fox News Travel: The scariest water slide ever may be in Texas Why America's air travel liberation may finally take flight this year The most hated hotel chains in the US, according to social media Virgin Cruises to launch in Miami in 2020 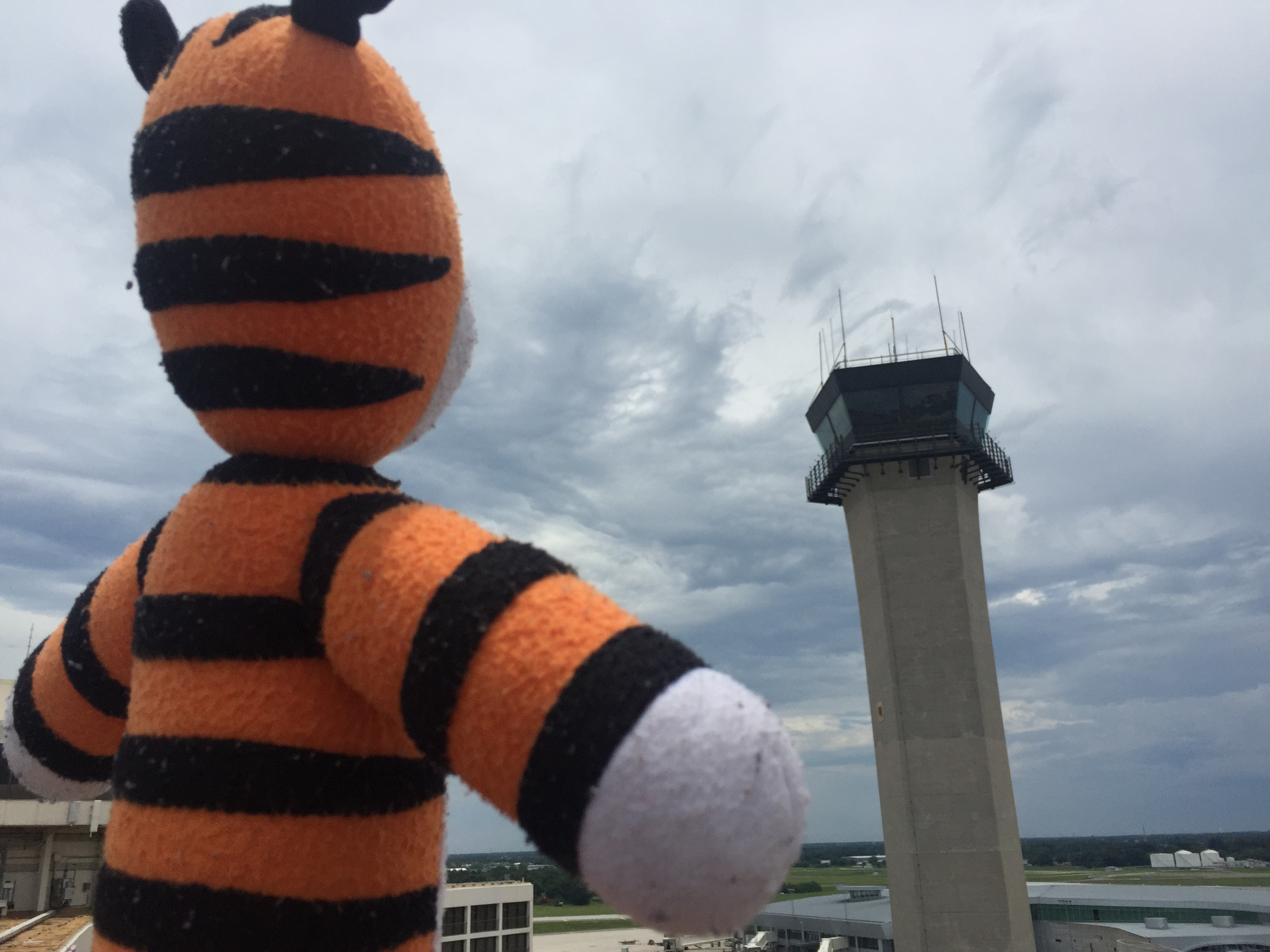 I could totally relate when I read last week about how 6-year-old Owen left his favorite stuffed animal, a tiger named Hobbes, at Tampa International Airport. When I was Owen's age, I had a beloved teddy bear (who still sits by my desk, a little worse for wear and tear, and watches me while i write). Owen’s mom, seeing how upset her child was, called the airport’s Lost and Found, and Hobbes was quickly located near a children’s play area. But what an airport official did before Owen and his family returned to Tampa was pretty amazing. Tampa’s Airport Operations Center Manager Tony D’Aiuto spent his lunch hour taking Owen’s toy tiger for a tour of the airport, snapping photos all along the way: at the air traffic control tower, at a gelato stand, in the airport employee gym, visiting the airport’s firefighters, swinging in the Marriott pool hammock, and taking a ride on a luggage cart. If D’Aiuto hasn’t already zoomed to the top of your travel-professional-of-the-month list, consider this: He used a Walgreens coupon code to print a hardcover book of photos, along with a story, that was waiting for Owen’s family at the Lost and Found when they returned to pick up the toy. “Three things in human life are important: the first is to be kind; the second is to be kind; and the third is to be kind.” –Henry James