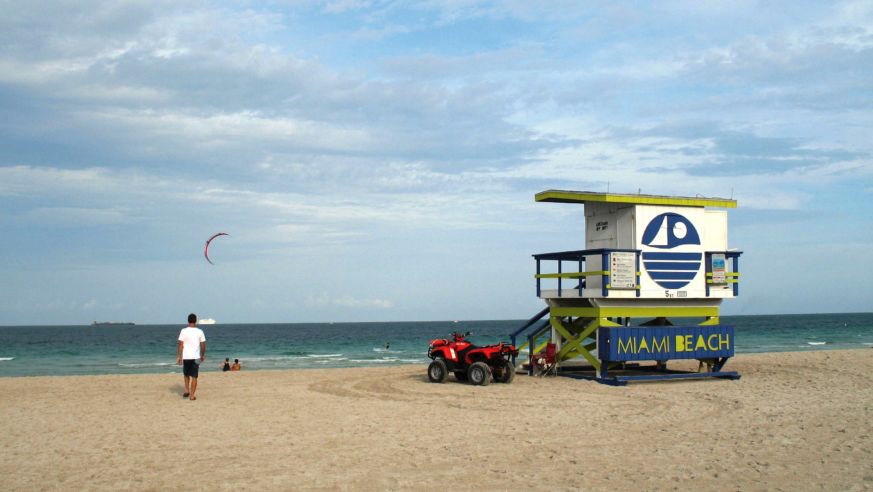 This article was written by Mike Richard on behalf of Viator.com.

The warm weather, beautiful beaches, and over-the-top luxury of Miami have made it the ideal location for a number of Hollywood films. From the gritty, gangster drama of Scarface, to the hilarious humor of The Birdcage, to the non-stop action of Miami Vice, here are ten of the greatest movies ever set in Miami, Florida.

To call Ace Ventura a “great” movie is more than a stretch. But what other movie starred Dan Marino, a stolen dolphin, and Jim Carrey in his film debut? By those standards, it’s certainly unforgettable. The film included an array of key Miami locations, including Miami Beach, Virginia Key, Joe Robbie Stadium (now Sun Life Stadium), and the Orange Bowl.

After more than thirty years, Caddyshack is still the yardstick by which all male-centric comedies are measured. With heavy-hitting comic all-stars Rodney Dangerfield, Chevy Chase, and Bill Murray, all directed by the legendary Harold Ramis, it’s no doubt the greatest golf comedy of all time. Most of the film was shot just outside Miami at the Rolling Hills Golf & Tennis Club in Davie and the Boca Raton Hotel & Country Club. But the climax scene where Dangerfield ravages a marina with his yacht was filmed on Biscayne Bay.

This film is arguably the saddest pet movie in recent memory. Starring Jennifer Aniston and Owen Wilson, Marley and Me follows their trials and tribulations as new pet owners. The not-at-all surprise ending stays true to John Grogan’s book, ultimately forcing viewers to question why they subjected themselves to such heartbreak. The film uses a variety of Florida locations, including West Palm Beach, Fort Lauderdale, Hollywood, Miami, and Dolphin Stadium.

In one of Robin Williams’ and Nathan Lane’s funniest films ever, they play a gay night club owner and drag queen, respectively. When their son’s new and very conservative in-laws plan to come to town, they’re forced to act the part of a heterosexual couple and hilarity ensues. The film was shot almost entirely in key locations around Miami, including the historic Art Deco District, Miami Beach, and The Carlyle Hotel.

The Farrelly brothers brought their trademark, low-brow grossness to Miami in There’s Something About Mary. Ben Stiller stars as a lovable geek who fails to take his dream girl, played by Cameron Diaz, to the high school prom. With the help of a moronic private investigator, he attempts to track her down years later and things go horribly awry. While some of the movie was filmed in the Farrelly’s hometown of Rhode Island, the majority of it was shot in and around Miami.

In one of his best roles—if you can overlook the horrible accent and over-the-top Cuban stereotyping—Al Pacino stars as a Cuban-American who comes to America in search of opportunity. Scarface chronicles his sharp rise and dramatic fall in one of the greatest classic gangster movies of all time. Few films have so deftly captured the drug-fueled excesses of 1980s Florida. Large portions of the film were shot in Miami Beach, at the Fontainebleau Miami Beach Hotel, and around South Beach.

In yet another pivotal role for Pacino, he stars as Coach D’Amato of the Miami Sharks football team. The film chronicles his reaction to several years of slumping attendance, a losing streak, and pressure from the team’s new owner (played by Cameron Diaz). It’s one of Oliver Stone’s most inspiring films, even for non-football fans.

Perhaps no film was as crucial to the evolution of low-brow, misogynistic, on-screen toilet humor as Porky’s. It set the stage for every similar movie to follow, including Dazed and Confused and the American Pie series. The entire movie was shot at Miami area schools, with the infamous “shower scene” reported to have been taped at Miami High School.

Robert De Niro cut his comedic teeth in this 1999 classic, alongside comedy icon Billy Crystal. When the two get into a car crash, they develop a strange and strained friendship that requires Crystal’s psychiatrist character to work out the demons of De Niro’s Mafioso character. Several scenes were shot in Miami, with the wedding in particular taking place at the uber-luxurious St Regis Bal Harbour Resort.

It’s no surprise the big screen adaptation of the Miami Vice hit television series had to take place in Miami. It stars Colin Farrell and Jamie Foxx as Crockett and Tubbs respectively—two Miami police detectives who find themselves deeply embroiled in a case involving murder and ruthless South Florida drug lords.

Film buffs looking to tour Miami’s most popular filming locations should check out the Miami Movie and TV Sites Tour, a 2.5-hour guided coach tour takes visitors on a narrated drive to see many of the locations used in Dexter, Miami Vice, 2 Fast 2 Furious, Scarface, and more. See all that Miami has to offer with these tours from Viator.