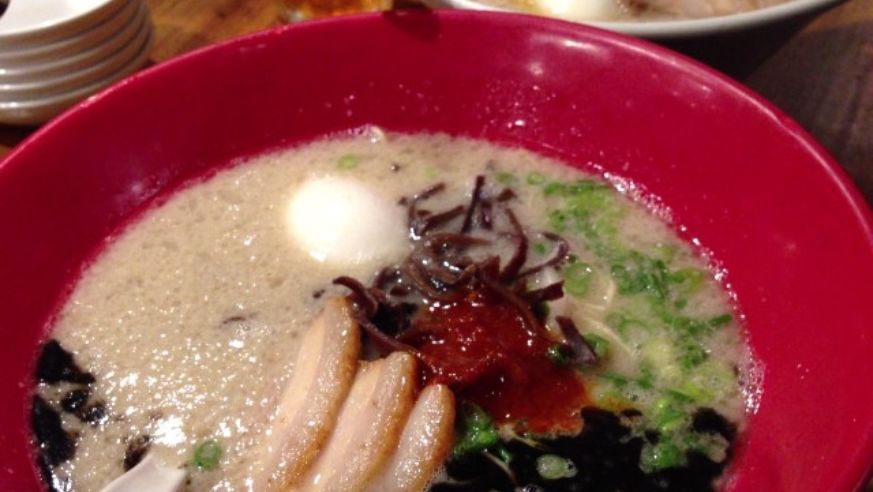 There are so many varieties of ramen, so the next time you're in Japan, try them all!

This article was written by Sia Ling Xin, who travels and writes about it for Asiarooms.com, a blog and online community focused on travelling in Asia. You can also find her on Twitter.

The Land of the Rising Sun is known for crazy manga, super-punctual trains and a penchant for raw fish. Many a time, I've heard friends grouse about not going to Japan because they do not enjoy sushi. Even if you're not a fan of sliced fish on rice and seaweed, Japan has whole host of delicious offerings. Here are some of my favorites.

Ramen
The ramen in Japan tastes nothing like its air-dried and pre-packed cousin college students are known to consume excessively. Instead, imagine chewy noodles and a thick, rich broth that fills your tummy like no other on a cold night. There are many different soup bases—miso, shio, shoya being the most popular—and purveyors of a certain type may vehemently decry the others. If the first bowl you tried was not to your liking, simply note down the type of soup base it is, and try another kind out when you stumble upon another ramen restaurant. A bowl of ramen typically comes with chicken or pork chasu (a type of marinated and sliced meat), an egg (a well-executed ramen egg should always have a gooey yolk and savoury white) and all sorts of garnishing such as spring onions, leek and sesame seeds.

Tonkatsu
This is the Japanese version of the fried pork chop, cut into thin strips and served alongside rice, a salad of shredded lettuce, and miso soup. If you're into guilty pleasures, this crispy, tasty piece of goodness will be your go-to meal when it comes to Japanese cuisine. Many people fear that the cutlet may be tough and greasy, but the Japanese have perfected the art of deep-frying, so put aside that worry and tuck in.

Tempura
Speaking of Japanese deep-frying techniques, tempura is probably the first thing that comes to mind. Prawns, sliced pumpkin or eggplant, and or even whole soft-shell crabs, are dipped in a starchy batter and deep fried. Instead of tasting heavy and filling, though, a well-executed tempura is always light, grease-free, and a delicious snack or finger food. Tempuras go great with Japanese cold noodles, or soba, as the hot and cold contrast nicely. Tempuras are often dipped in a savoury broth not unlike a thin, watery version of soya sauce, and topped with grated daikon and ginger.

Okonomiyaki
The name of this pancake-like dish translates to 'grill-as-you-like'—and that is exactly how the dish works. Anything from cabbage to sliced octopus, or bacon and shrimp, may be wrapped inside a floury batter and grilled until it becomes a thick, fluffy pancake. It is then topped with a variety of sauces, such as Japanese mayonnaise and ketchup. Dried bonito flakes (parmesan thin slices of dried, fermented tuna) and seaweed may also be added into the mix. The result is a wholesome, sure-fire crowd pleaser that even fussy kids will love—even the most squeamish person will not notice the octopus in there. Some okonomiyaki restaurants have tabled with hotplates installed, which allow diners to grill their own pancakes. After feeling the heat of grilling your own pancake, down a couple of cold Japanese beers to round off your perfect dinner.

Gyu-don
If you're a fan of beef, you have to try Japan's gyu-don, or beef bowl, at least once. A bowl of fluffy rice would be topped with thinly sliced beef and onion simmered in a flavourful broth. The beef and onion may taste mildly sweet, almost as though caramelised, and chili flakes may sometimes be added to give this dish a spicy kick. Some also like to crack a raw egg atop the rice bowl, which makes the rice rich and slick, giving the dish another dimension. Those who are sick of rice or prefer something soupy may want to try out the beef udon—just as warming and delicious as the beef bowl, you can enjoy your egg half-cooked in this steaming hot dish.