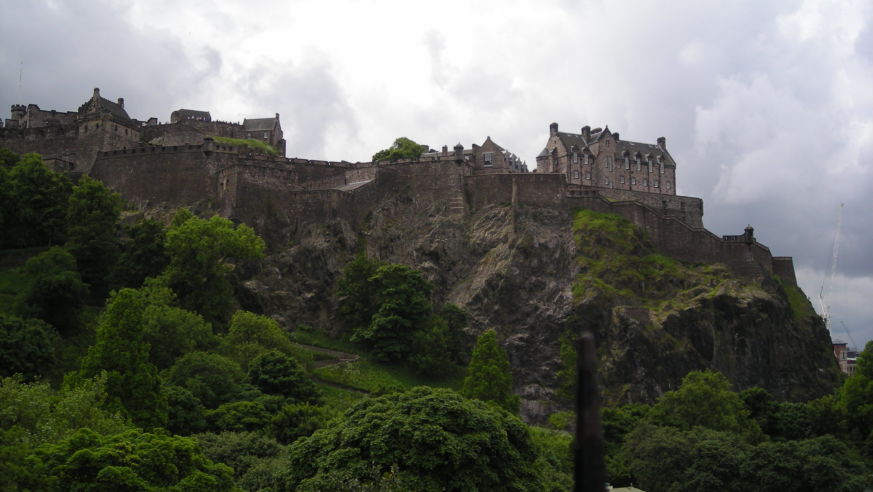 This article was written by Zoe Smith on behalf of Viator.com.

Whether you’re exploring the sights along the famous Royal Mile or taking in the views from the magnificent Edinburgh Castle, you’ll never be short of things to see and do in Edinburgh. But like many of Europe’s great cities, there’s much more to the Scottish capital than most tourists get to discover, so once you’ve checked off the must-see attractions, spice up your itinerary by enjoying some of the things you can only do in Edinburgh.

The mammoth Edinburgh International Festival and the coinciding Edinburgh Fringe Festival need little introduction and those visiting Edinburgh in August will never be short of entertainment. Held each year since 1947, the festival features an entire month of theatre, dance, music and comedy events, including thousands of free shows, street entertainment and a huge fireworks, pyrotechnic and music show on the final night.

2. Climb seven hills in one day

Famously ‘built on seven hills’ like Rome, Edinburgh has an abundance of scenic lookout points and climbing all seven peaks is a popular challenge for both locals and tourists. If you’re not brave enough (or fit enough) to join the annual Seven Hills of Edinburgh Race, it’s still possible to walk to the top of all seven hills in one day—a 14.2 mile walk taking in the highest peak of Arthur’s Seat at 251 meters, Edinburgh Castle atop Castle rock and the iconic Calton Hill, alongside Corstorphine Hill, Braid Hill, Blackford Hill and Craiglockhart Hill.

3. Travel back to the 17th century

Among Edinburgh’s most unique attractions is Mary King’s Close, a 17th-century street that was buried beneath the city’s hills in the mid-18th-century and reopened as a tourist attraction in 2003. The remarkably preserved street offers an authentic glimpse into the city’s past, but enter at your own risk—Mary King’s Close is notoriously haunted and so popular among ghost-hunters that it hosts the annual Mary King’s Ghost Fest.

4. Visit the birthplace of Harry Potter

Prodigious Harry Potter writer J. K. Rowling is among Edinburgh’s most famous former residents and the author famously began writing the hit books at the Elephant Café on George Street. A number of fictional locations in the books were also inspired by real-life sights, like Greyfriars Kirkyard, where Tom Riddle’s grave resides, and George Heriot’s School, which inspired the Hogwarts School of Witchcraft and Wizardry.

With fire-twirling dancers, marching drummers and a gigantic bonfire blazing at the top of Calton Hill, the annual Beltane Fire Festival is one of Edinburgh’s most mesmorizing events, drawing up to 12,000 revelers to the hilltop party. It’s not just about drinking and dancing though—the festival also forms an important part of the city’s pagan heritage, based on an ancient Celtic fertility festival and marking the start of spring.

One of Edinburgh’s most beloved former residents was a little Skye terrier called Bobby, who became famous in the 19th-century when he stood guard over his owners grave for 14 years. Today, a statue and gravestone commemorate the loyal hound at the Greyfriars Kirkyard cemetery, where visitors can pay their respects to ‘Greyfriars Bobby’—proof that dogs really are a man’s best friend.

Forget the towering dinosaur skeletons and ancient Egyptians—the star attraction of the National Museum of Scotland is a stuffed sheep, named Dolly after country icon Dolly Parton. Of course, Dolly the Sheep isn’t just any old ewe—she made history back in 1996, as the first ever mammal to be cloned from an adult cell and remains one of the world’s most significant scientific breakthroughs.

Nowhere on earth celebrates the New Year like Edinburgh and the city’s time-honoured Hogmanay festivities last for an exhausting 4 days! Join the fun by participating in the torchlight procession on December 29th, partying the night away at the huge open-air Ceilidh on the 30th, watching the gigantic fireworks display on New Year’s Eve, then braving the icy waters of Loony Dock for a New Year’s Day swim.