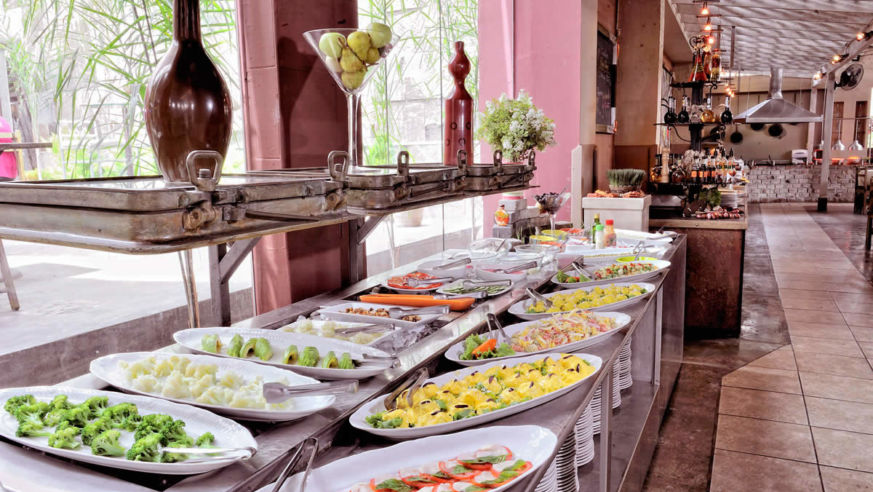 Next time you're in Barranco, stop by Puro Peru, one of Peru's best buffets.

If you're visiting Peru for the food, you're bound to leave disappointed. Not by the cuisine itself, mind you, which is every bit as spectacular as its reputation, but by the time constraints of your trip. Peruvian food is so varied, so complex in its fusion of different regional and ethnic traditions, that there's simply no way to experience everything, even in a month-long stay, let alone in the seven-to-ten days allotted by the average traveler.

This is a real problem, since 40 percent of Peru's tourists visit specifically for the gastronomic experience, according to El Comercio, Peru's chief newspaper. That means a total of 1.2 million foodies come and go each year having only scratched the surface of a cuisine widely regarded as Latin America's best.

For this situation, buffets are made to order. With their aim of regaling diners with the greatest number of dishes in the shortest possible time, they're a perfect introduction to Peru's seemingly endless bounty. Moreover, the best of them offer lunchtime specials that are exceptional values. Here are some of the buffets widely recommended by locals in the know. Some are upscale, others down-home. All feature top-notch preparation and offbeat dishes hard to find in other eateries. Hours are generally from 12 p.m. to 3 p.m.; go early for the best selection and to avoid crowds. ¡Buen provecho!

Puro Peru
Av. República de Panamá 258 (Barranco); 477-1111; Cost: S/.70
With its $28 price tag, Puro Peru is one of the more expensive buffets in Lima, but it's also one of the biggest and best. The sheer range of dishes available is staggering: in addition to a broad array of entrees and the usual salad bar, there are stations dedicated to ceviche, sushi, hot and cold appetizers, grilled meats, pastas, and chifa (Peru's version of Chinese food), as well as desserts. Best of all, the preparation of many of the dishes is first rate: the seco de cabrito (goat stew) is one of the best in Lima, and the pastel de papa (potato soufflé) is heavenly. It's no exaggeration to say that lunch at Puro Peru is an event unto itself. Skip breakfast the day you go, and don't plan on eating anything all afternoon.

Kasamama
Jr. Huancayo 186 (Lima Centro); 431-0322; and Jr. Manuel Segura 268 (Lince); 266-0219; Cost: S/.22
Kasamama is hands down one of the best restaurant values not only in Lima, but in all of Peru. For less than $10, you can sample excellent versions of Peruvian staples that taste like they came right out of a pot on grandma's stove, as well as dishes typical of the sierra that are hard to come by in Peru's capital (the owner, Miguel Ángel Cisneros, grew up in a small town near Ayacucho). This is a great place to try sopa seca, pasta in cilantro sauce traditionally served with carapulcra, the traditional Peruvian potato stew. The appetizers and ceviches are also unusual in their variety and quality. And since the clientele represents a broad cross-section from all walks of Peruvian society, you know the experience here is something special.

Vivaldi
Av. Camino Real 415 (San Isidro); 221-3418; Cost: S/.53
Three details distinguish this European-looking San Isidro mainstay. First, the range of ceviches is unusually large: during a recent visit, a long central bar showcased no less than four varieties. Second, the main buffet features an unusually good lomo saltado. Ordinarily this Peruvian classic, made from stir-fried beef mixed with french fries and onions, isn't well-suited to the steam table, but the staff here separates the fries from the other ingredients to prevent sogginess. Third, and best of all, every buffet meal comes with a parrilla, a sizzling mixed grill brought directly to your table on a hot plate. Combine all that with service that is friendly and attentive, and it's no wonder this place fills up very fast. Go early, and go hungry.

This article was written by Mike Gasparovic, a freelance writer, editor, and translator who devotes his free time to studying the history, art, and literature of the Spanish-speaking world and learning about its people. He currently lives in Lima and wrote this article on behalf of Peru for Less, a leading provider of Peru tours, including destinations such as Lima and much more.