Save Money With 2-For-1 Broadway Tickets 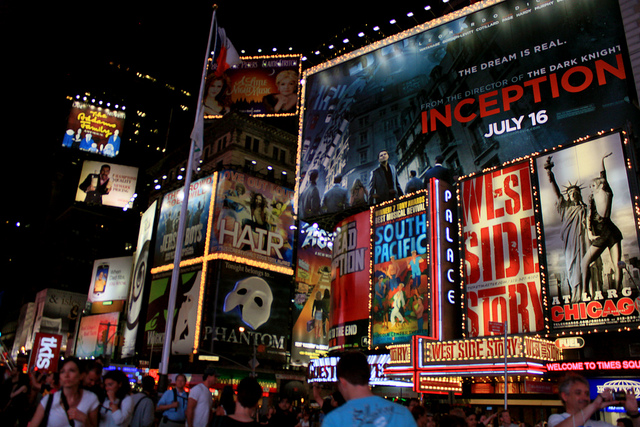 It's my favorite time of year: Broadway Week in New York City, where you can save big on buzz–worthy Broadway shows thanks to 2-For-1 ticket deals on select shows Sept. 7-20. There are 22 shows participating this year and tickets are on sale now through the website.

Options this year include Aladdin, Amazing Grace, An American in Paris, Beautiful: The Carole King Musical, The Curious Incident of the Dog in the Night-Time, Finding Neverland, Fun Home, A Gentleman's Guide to Love and Murder, Hand to God, Hedwig and the Angry Inch, The King and I, Kinky Boots, Les Miserables, The Lion King, Matilda the Musical, Old Times, Spring Awakening, Wicked, and Something Rotten! Also available are discounted tickets for perennial favorites like Chicago, Jersey Boys, and The Phantom of the Opera.

Visit this nycgo.com link to book your tickets online starting at 10:30 a.m. on Aug. 19th, and for more information about shows and blackout dates. How to Travel More Spontaneously

By Douwe &amp; Richard Osinga, CEOs of travel app, Triposo Travel planning. Those two words are together so often, you might start to think they're inseparable. We beg to differ! If you're looking to have a unique and memorable vacation, spontaneity is where it's at. Of course, that's easier said than done, especially for the Type A among us. But don't worry—with 100+ countries under our belts—we're here to tell you that anyone can be a spontaneous traveler (and it doesn't have to break the bank). It just takes a little bit of practice. Here's our advice for how to become more spontaneous when you travel: Avoid review sitesWith millions of reviews for nearly every restaurant and tourist attraction on earth, it's easy to see the appeal of sites like Yelp and TripAdvisor. But it's important to remember that experiences are necessarily subjective, and basing your trip on what someone else (who may or may not be a reliable judge) liked or didn't like about a place is a recipe for confusion, frustration and—let's be honest—blandness. Instead, use your intuition and be adventurous. You never know when you might discover a hidden neighborhood gem, and it will be that much more satisfying if you find it on your own. Go off the beaten pathMany travelers stick to a small radius around their hotels, usually near the major tourist attractions. While this can be efficient, it leaves a lot of the real character and flavor out. Instead of choosing a hotel in the most popular tourist district, pick a more residential area, one where you're more likely to rub shoulders with the locals than with fellow fanny-packers. You can still visit the major sites, but you'll get a more "real" taste of the city. It's also a good idea to get out of the big cities. Explore the tiny towns and unspoiled hamlets that most tourists overlook. You'll be guaranteed to have an authentic experience, and the locals will probably welcome your curiosity rather than seeing you as yet another obstacle in their daily commute. Use the dinner plate methodWhile we suggest avoiding tourist traps, it's true that there are certain sites that are "unmissable." A trip to Rome probably wouldn't be complete without a visit to the Colosseum, and you certainly don't want to venture to Giza without having a gander at the pyramids. So try out the "dinner plate" method. Each day, choose a "main dish" from a list of must-sees (the Eiffel Tower in Paris, Macchu Pichu in Peru, the Opera House in Sydney). Then choose two side dishes that have a more local flavor. Perhaps you could visit the open-air market or have a picnic in a park. For dessert, inject some cultural flavor into your travels by attending a concert, popping into an art gallery or visiting a famous writer's favorite haunt. You might even sneak in an "amuse-bouche," or appetizer, of an impromptu street fair or a local band's concert. If you use this method, you'll be sure to see the most important places while avoiding a cookie-cutter vacation. Use all five sensesNot sure where to start when it comes to traveling spontaneously and discovering authentic experiences? Use your senses. Follow your nose for the best local cuisine. Use your ears to figure out where the locals are hanging out. Keep your eyes peeled for anything unusual or surprising. When you are attuned to your surroundings, you're much more likely to happen upon the kind of serendipitous events that will leave you with unique travel memories—and a great story to tell. Ask a localStill not sure what to do? Strike up a conversation with a local! Ask them about their favorite restaurants. Find out which neighborhoods they consider hip. Get recommendations for hidden gems and find out which mega-attractions are worthy of the hype. If you're not comfortable chatting up a stranger on the street, visit the local pub and buy someone a beer. You're likely to learn something and maybe even make a new friend. Do something you'd do at homeThis might sound totally counterintuitive. Aren't you in a foreign country so you can step outside your comfort zone and try things that are completely new? Of course, but often the best way to really learn about a new culture is to check out the things you'd see if you actually lived in a place. For example, visit the public library. Browse the shelves and check out the architecture. Go for a jog on a local hiking trail, take a yoga class, or grab a cup of coffee and people-watch for a while. Hop on a bus and ride it around the city to get a feel for what it's like to live and work there. You might be surprised at what you discover when you try a familiar activity in an unfamiliar place. We want to know: what are you favorite ways to travel more spontaneously? 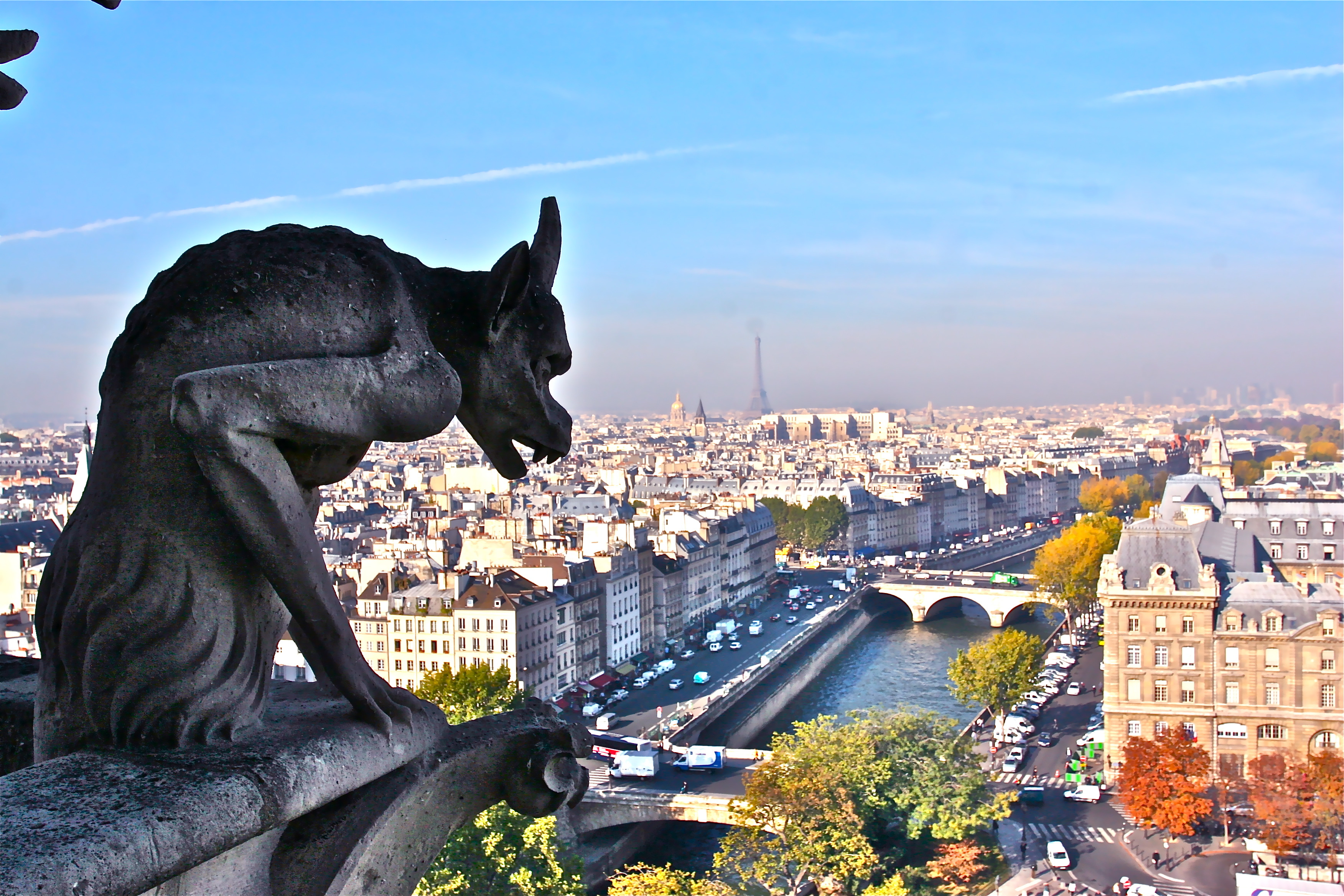 How to Visit Paris Without Getting Your Pocket Picked

We're all for the French government's new drive to make the country more welcoming to visitors. Its new publication "Do You Speak Touriste?" is intended to help put tourism—and its impact on the national economy—on the radar of more French citizens. However, one of the reasons France is considered unfriendly and unwelcoming—inspiring the country's 80+ million annual visitors to stay only a few days and spend less money than they do in the U.S. or Spain—is petty crime. Visit one of Paris's must-sees like the Louvre or the Eiffel Tower and you may get your pocket picked or your purse snatched. While j'adore the potential long-term benefits of this pro-tourist initiative the French government is pursuing, at Budget Travel we kinda prefer to cut to the chase. Whether or not the average Parisian ever learns to speak touriste, these tips from the U.S. Embassy in Paris will help you hold on to your stuff: Keep it simple. Don't carry more than you are willing to lose! That means a slimmed-down wallet with one credit/ATM card, an ID, and no more than $60 or so. Put a rubber band around your wallet and carry it in your front pocket. Zip it. Purses should have zippers and should be carried tightly under your arm. Backpack-style purses should be carried in front, not on your back. Copy that. Leave photocopies of your passports, credit cards, and other valuable papers at your lodging. Know the hotspots. It's not difficult to identify the places your most likely to get robbed: They are the top sites in Paris, including the Eiffel Tower, Notre Dame, and the Champs-Elysées. In fact, pickpocketing at the Louvre got so out of control recently that workers there staged a strike to draw attention to the problem. Be wary of groups of kids. Pickpockets tend to be young and they travel in packs. On the metro, they may swarm around you when getting on or off the train; try to stay away from the doors and be vigilant about strangers' access to your pockets or purse. On the street, be extra cautious if strangers ask for directions, try to sell you something, or spill a drink or ice cream on you. At ATMs, don't let yourself be distracted by strangers asking you questions. TALK TO US! We love Paris and want to know: Have you ever had trouble with street crime while visiting the French capital? Is Egypt Safe for Travelers?

Egypt is an amazing travel destination, with must-sees like the Pyramids at Giza and Great Sphinx at Luxor, museums and historical sites in Cairo, and the beautiful Lower Nile (a growing favorite locale for river cruise ships). As recently as February, I gave Egypt a "go" in Budget Travel's annual "To Go or Not to Go" roundup, with the caveat that visitors should stick to well-trod tourist sites like Luxor and Cairo. Of course, things have changed. The U.S. State Department has urged citizens to stay away—going so far as to suggest that you cancel Egyptian travel plans in the face of political unrest and violence across the region following the one-year anniversary and subsequent ouster of President Mohamed Morsi. If you have Egypt travel plans, you'll save yourself a world of trouble—and the slim chance of being injured—by postponing. Many package tours will likely cancel upcoming trips to the region, saving you the trouble of deciding what to do, or the companies will waive cancellation fees as they often do during natural disasters, political turmoil, or terrorist attacks (though that's not guaranteed, of course). While Budget Travel in general discourages travel insurance as an unnecessary expense, in the case of visiting Egypt later in 2013 it might be wise to look into a policy that allows you to cancel your trip for any reason—you can research travel insurance options at insuremytrip.com. TALK TO US! Have you visited Egypt lately? Did you feel comfortable and secure? Share your honest answers and you may be included in an upcoming Budget Travel story.