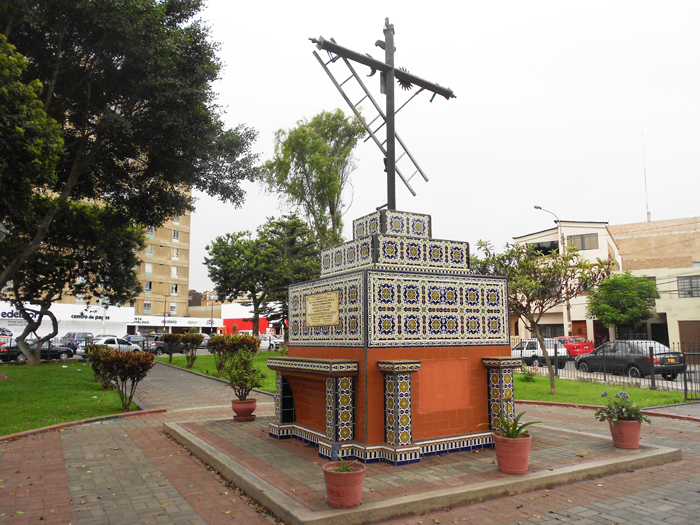 This article was written by Mike Gasparovic, a freelance writer, editor, and translator who devotes his free time to studying the history, art, and literature of the Spanish-speaking world and learning about its people. He currently lives in Lima and wrote this article on behalf of South American Vacations, providers of tours to South America.

A strange kind of time warp awaits you when you visit Lima, Peru. One minute you'll be walking along a 21st-century street, bustling with 21st-century noise and congestion, and the next you'll turn a corner and be confronted with colonial houses dating from the early 1700s. Two blocks further, a KFC will abut ruins that date back a millennium. Such temporal telescoping is apparent all over the Peruvian capital, but nowhere so abundantly as in Pueblo Libre, a sleepy district some 20 minutes from both Miraflores and downtown Lima. Quietly residential and overlooked by most travelers, the district is nonetheless surpassingly rich in history, boasting 19th-century taverns, pre-Colombian ruins, a house shared by the heroes of Latin American independence, and the two of the best museums in Lima—all packed together within a single square mile. So if you're in Lima for a few days and longing to escape the tourist herds, check out the following walking tour—its 16 blocks will allow you to survey over 1,600 years of Peru's vast history. Bring your imagination.

The Archaeological Museum is the most comprehensive of its kind in Peru. Founded in 1924 by the great Peruvian anthropologist Julio Tello, it leads visitors through 3,000 years of the country's history, with special emphasis on the pre-Colombian civilizations that flourished along Peru's coast before the arrival of the Incas. Housed among its winding galleries are two world-renowned treasures from the prehistoric Chavín culture: the Raimondi Stella, a sacred stone carved with jaguar and serpent deities whose design changes depending on the direction from which it's read, and the Tello Obelisk, an engraved monolith that once served as a sundial in the great temple at Huantar. In the same building you'll also find the Liberators' Museum, a series of rooms once belonging to Joaquín de la Pezuela, Peru's last Viceroy before being occupied consecutively by Jose de San Martín and Simon Bolívar, the two great revolutionary leaders of South America. Swords, letters, and furniture belonging to the two generals afford a glimpse of their (highly intermittent) domestic lives.

After a morning spent imbibing Peru's history, you'll probably be hungry, so you'll want to head to the Taverna Quierolo (San Martín 1079, 460-0041), a Lima hallmark that's been in continuous operation since the late-1800s. Founded by an Italian immigrant who got rich selling locally made wines and piscos, it serves some of the best sandwiches in Lima. On the other hand, if you're up for heartier fare, the Restaurante Bolivariano (Santa Rosa 291, 261-9565) is right around the corner and dishes up superb versions of all of Peru's criollo classics. Especially recommended: seco de cabrito (stewed goat) or pescado a lo macho (fish in a spicy seafood sauce).

After lunch, should you need spiritual support before yet another round of Peruvian history, you can head down Sucre two blocks to see the Traveler's Cross (Av. Sucre cuadra 6). First erected some seven blocks away in 1579 and reconsecrated by Franciscan monks in 1672, this monument was a waystation where Spanish travelers setting out from Lima to the port at Callao would pray for divine protection against attackers. The ladder and hammer affixed to the structure represent the implements used to nail Christ to the cross.

From there, it's two blocks east to the Casa Orbea (Jr. Juan Acevedo cuadra 1), one of the few 18th-century haciendas remaining in Lima. The house has been amazingly well preserved, and sports enchanting balconies and a lovely baroque chapel. The original family still lives upstairs.

The final two destinations mark a return to Peru's deep past. For sheer dazzlement, not to mention the beauty of the grounds, the Museo Larco (Av. Bolívar 1515, 461-1835) is hard to beat. Lodged in a former hacienda bought by the archaeologist Rafael Larco Herrera to house his staggering collection of pre-Colombian artifacts, the museum sports impressive gold- and silverwork, textiles, and other artifacts from the Moche, Chimu, and Huari cultures. Check out the Moche tools used in ritual human sacrifices, and then slip outside to peek at the annex filled with pre-Colombian erotic pottery. If men and women have done it, it's depicted here on these pots.

Finally, from the museum, take Av. Bolivar west till you hit Calle Rio Huaura. Turn right, and in two blocks you'll find yourself in front of the Huaca Julio Tello, one of the many pre-Inca huacas (sacred sites) that dot the Lima cityscape. Surrounded by middle-class houses, this 1,000-year-old complex belonged to the Maranga tribe and serves as a reminder of the persistence of the past in Peru's great capital. 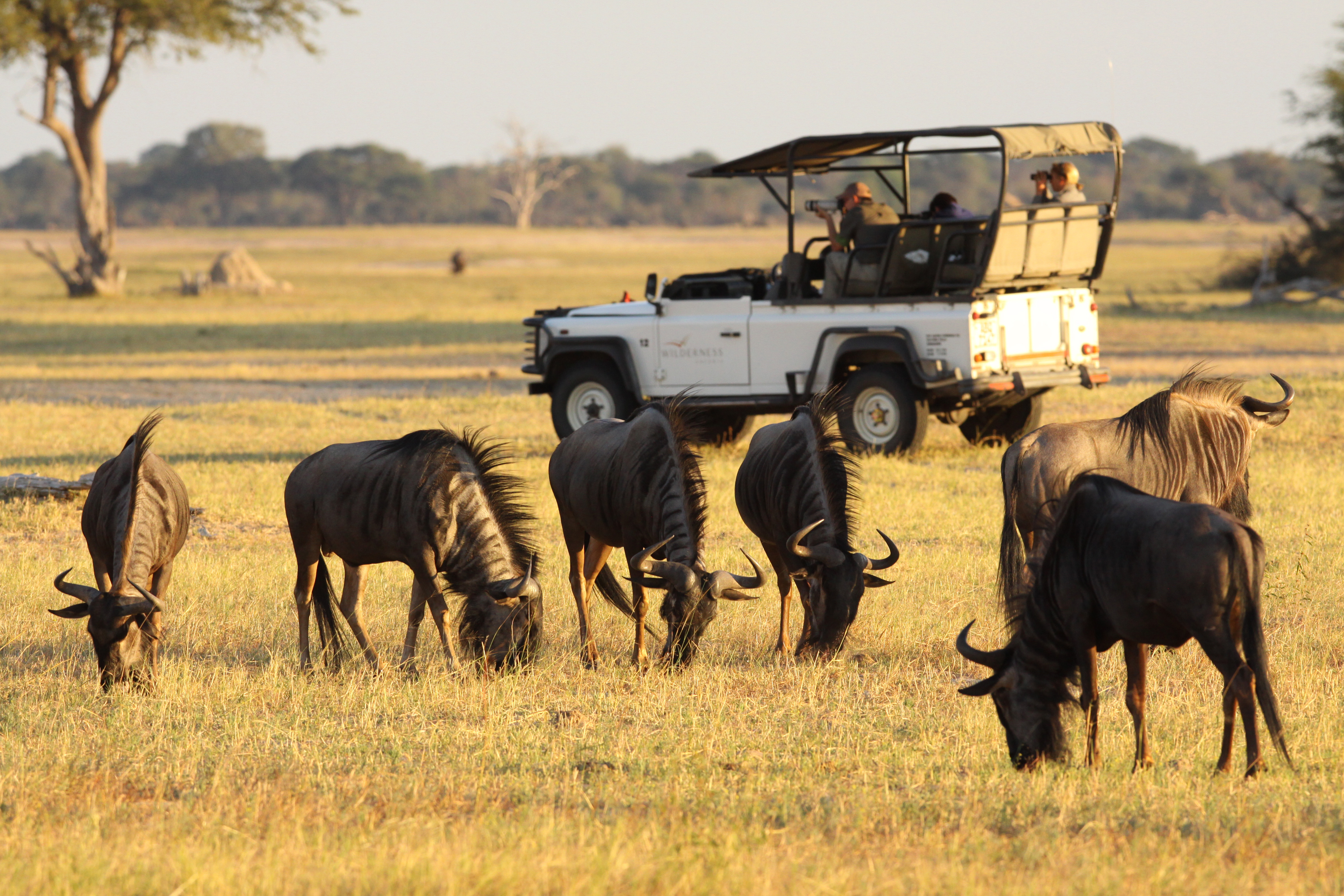 How to Find an Affordable African Safari 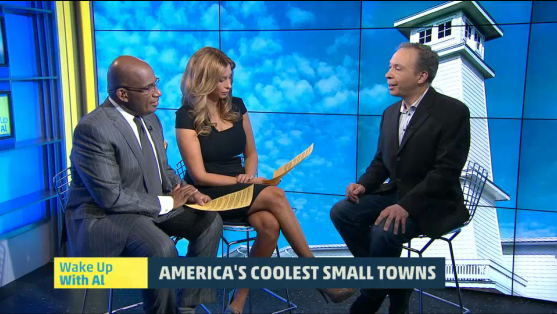 I had a blast appearing on The Weather Channel's "Wake Up With Al" on Friday March 7. We talked about some of Budget Travel's Coolest Small Towns 2014 as ideal spring getaways! (I didn't expect to sing Berlin, MD's signature bluegrass tune, "Cool Berlin," for an audience of 2 million!) 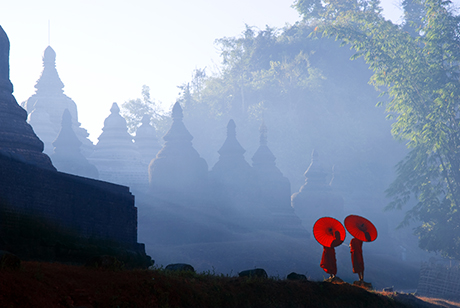 A Spiritual Journey to Myanmar

Maureen Santucci, originally from the U.S., has made Peru her home for the past five years. She writes for Fodor's Travel Guide as well as various travel blogs when she isn't escaping off to the mountains to hike, teaching Tai Chi, or treating patients in her acupuncture clinic. If you're looking for a different sort of vacation, a spiritual journey to Myanmar is something to consider. It doesn't matter if you are already Buddhist or even have an interest in it specifically—visiting the temples, and perhaps, taking part in a retreat at a meditation center, can help you to tap into your own personal spirituality. Although you may think of Thailand, China, or Japan first with regard to Buddhism, Myanmar is approximately 90% Buddhist. The main form practiced is Theravada and the most common form of meditation is Vipassana, something that has become quite popular worldwide. There are several meditation centers in the country that welcome foreigners to their courses. Before taking short classes or courses, you must complete at least 10 days of a residential class, and during these retreats, silent meditation is observed for the entire day during the course schedule. No fees are charged for the courses, accommodations, or for food and donations are accepted at the end of the course that will help foot the bill for future students. If you're taking a shorter course, a tourist visa is sufficient, however if you wish to study for more than 28 days, you'll want to apply for a 90-day meditation visa which must be accompanied by an invitation from the center where you will be meditating. Among the many places you can study are the Dhamma Joti Vipassana Centre, the Chanmyay Yeiktha Meditation Centre, and the Mahasi Sasana Yeiktha Meditation Centre—all popular schools in Yangon that have branches in other areas as well. There are also a variety of universities, monasteries, and institutions that provide instruction in the history and practice of Buddhism. If you decide to engage in a course of meditation here, you may want to tour some of the country's many temples before and after as part of your experience. Bagan, one of the main tourist areas (although the country does not yet have a huge amount of tourism) has more than 2,000 temples on its plains, an excellent way to get yourself into the spirit of the journey you are about to begin. Afterward, you might want to take a trip to Mrauk U, a more remote region that is home to hundreds of religious sites in a very small area. Actually, anywhere you travel in Myanmar, you are bound to find temples, monasteries, and other religious sites dedicated to the teachings of Buddha. Although we refer to Buddhism as a religion, Buddha is technically not worshipped, and it is possible to belong to another religion and yet be Buddhist as well. There's no need to feel conflicted if you have a different faith but wish to study Vipassana or any other form of Buddhist meditation. For some, studying meditation is a way of renewing and strengthening a sense of spirituality in their lives. For others, it's a much needed escape from the hustle and bustle of modern life. In either case, taking time for a meditation retreat, especially in a country so dedicated to it, is a great way to establish a daily practice that can help you with stress when you return home. 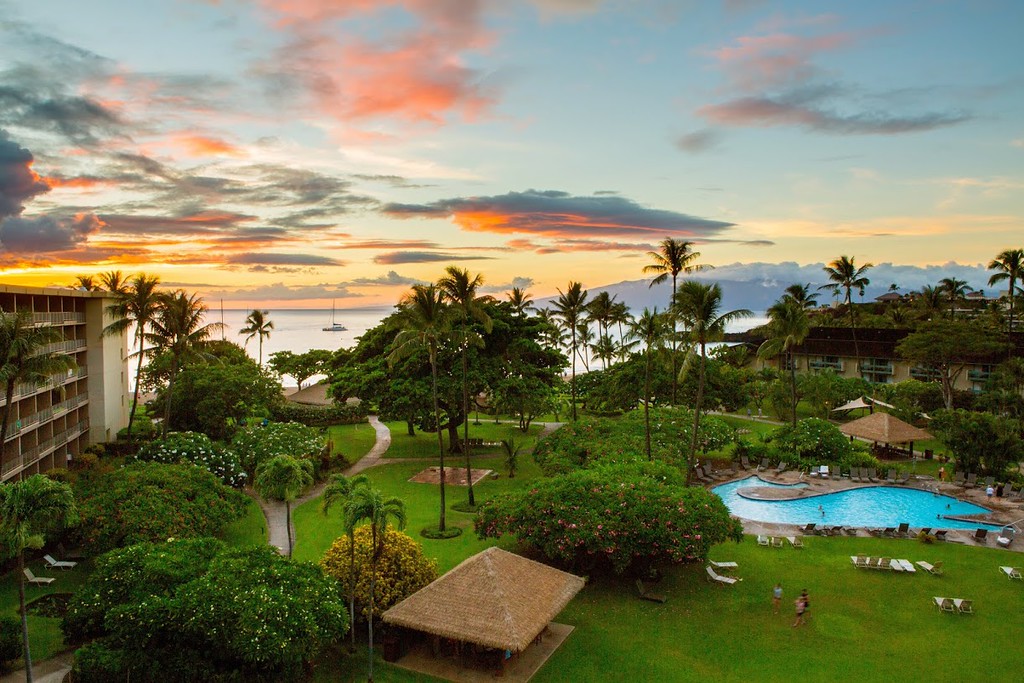