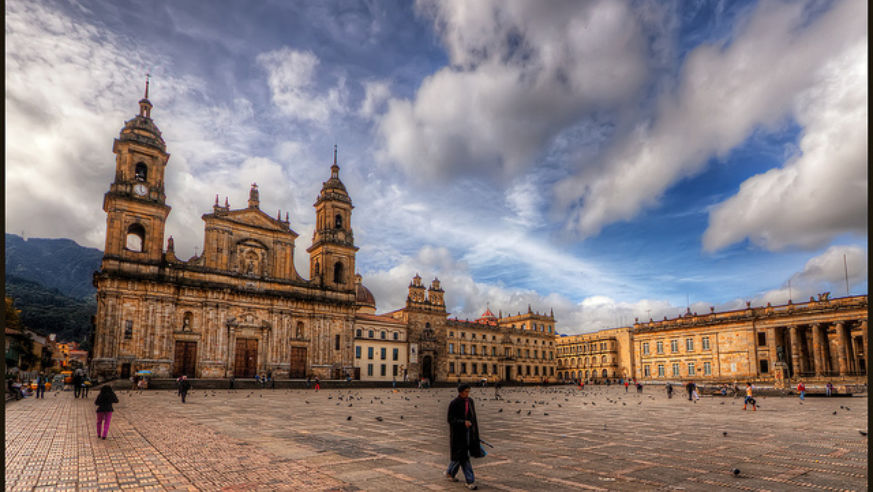 This article was written by Jody Hanson, an insufferable travel junkie who has visit 107 countries—67 on her own—lived in nine, and holds passports in three. She has visited all the countries in North, Central, and South America except for Venezuela, Guyana, Surname and French Guinea. She wrote this article on behalf of Tucan Travel, a travel company that offers personalized and packaged South America tours.

It was about 2 a.m. when my legs started going spastic, jerking out in various directions. My head felt as though I'd been hit between the eyes with a brick and my breathing was reduced to short, somewhat wheezy gasps. Sit up? Forget it. Ah ha, so this is what altitude sickness is all about. I'd arrived in La Paz - the highest capital in the world at 10,500 to 13,500 feet (3,200 to 4,100 m) in the mid-afternoon and your body's reaction to the height generally sets in within eight to 24 hours. And as long as I didn't seriously need help I would be fine.

I'd booked a home-stay online that was supposed to be a mother-daughter operation. As it turned out, the mother had died and the daughter—who was staying elsewhere with family—had come back to Bolivia to sort out the estate. The mother had owned all the houses in the run-down deserted compound. So there I was, somewhere in downtown La Paz. No mobile, no Internet and, no, my mother didn't know where I was. If I was able to crawl to the telephone would it still be connected? The only thing to do was ride it out and hope for the best. Dawn came and my condition stabilized.

Why do South America solo? Such are the stories you collected when you travel alone. This sort of challenge just doesn't happen on a bus tour when there are 39 other people who look just like you in close proximity. And that is why I choose to go it on my own. As I see it, solo travel is the ultimate responsibility. And when things stuff up—as they will at some point—there is only one person to blame: yourself. Suck it up, learn from the experience and carry on. You will be a better traveler for it.

South America is a bit of a cake-walk for solo-types when compared with, say, West Africa or parts of Asia. Chile, for instance, is an easy place to travel on your own. The infrastructure is in place, quite a few people speak English, and you can saunter into the Don Rodrigo bar in Santiago and order a pisco sour. The capital is also a good base for day trips.

Argentina is ripe for the solo person as you can eat, drink, be merry, and take a tango lesson without a partner in sight. Buenos Aires may have the most sophisticated cafe culture on the planet and the cafe notables will have you imbibing history along with your coffee. And the hip-swiveling, lip-pouting, hair-poofing habits of the portenas—as people who live in the Federal Capital call themselves—will keep you amused for days at a time. For spectacular fine dining, check out the puerta cerrada, restaurants operated out of chef's homes.

Want to disappear off the face of the earth? Some of us figure Uruguay is the place to do it. The banking system is so liberal that a considerable number of people from neighboring Argentina run their bank accounts there to avoid having to pay black market prices for USD. Montevideo is an easy place to get around in on your own. Relatively tourist free, the air is fresh and the locals still promenade. Charming.

Do you long for the Leave it to Beaver days of the 1950s? Head for Paraguay and pull up a stool at The Libo Bar. The waitresses there wear pillbox hats kept in place by bobby-pins. Sweet. Foreigners are still a bit of a novelty; and if you are on your own people are more likely to speak to you.

Brazil is massive so figure out what you want to do on your own and it is likely on offer. Check out an excursion to the Amazon. Really, why would you want to go to the Carnival with someone? Chances are you would get separated anyway and for some it would cramp their inclination to be decadent.

Nature types love Peru and, yes, you can go toMachu Picchu on your own. Lima has some of the best restaurants in the world—hen making a reservation, insist that you want a good table for one to avoid getting slammed somewhere in the back between the men's loo and the kitchen.

Ecuador is a country of contrasts. Besides the eternal spring of Quito and the constant heat and humidity of Guayaquil, Ecuador uses American greenbacks as their currency. And any country that gives Julian Assange asylum—which has cost the British tax payers about three million pounds for round-the-clock security—must have a sense of humor. When going out for lunch on your own, order the guinea pig. Although it has a reputation as being a rich person's retreat, the Galápagos Islands can be done cheaply on your own—with a bit of planning.

Colombia is coming into its own as "the" new place to go. You don't need to be hand-cuffed to someone to wander around La Candelaria—the historical and cultural heart of Bogotá—or lay on the beach at Medellín. Want some eco-lessons? Check out an innovative home-stay.

Venezuela is off the radar screen for travelers, solo or in a group. Until things stabilize there, it is a good idea to spend your time in other countries in South America. I was once kidnapped in Pakistan and can attest to the fact that it isn't any fun.

My tips for going solo:

• Just go; expect the best, but prepare for the worst.

• Scan your passport and tickets to an internet address and email them to yourself as back up.

• Set up a check-in system with someone you trust to act in your best interest if you are worried about it.

• Relish your freedom and the sense of independence that encourages you to collect amazing travel stories.

• And if you are landing in Quito or La Paz or Bogotá, don't forget to pick up some mate de coca for altitude sickness.