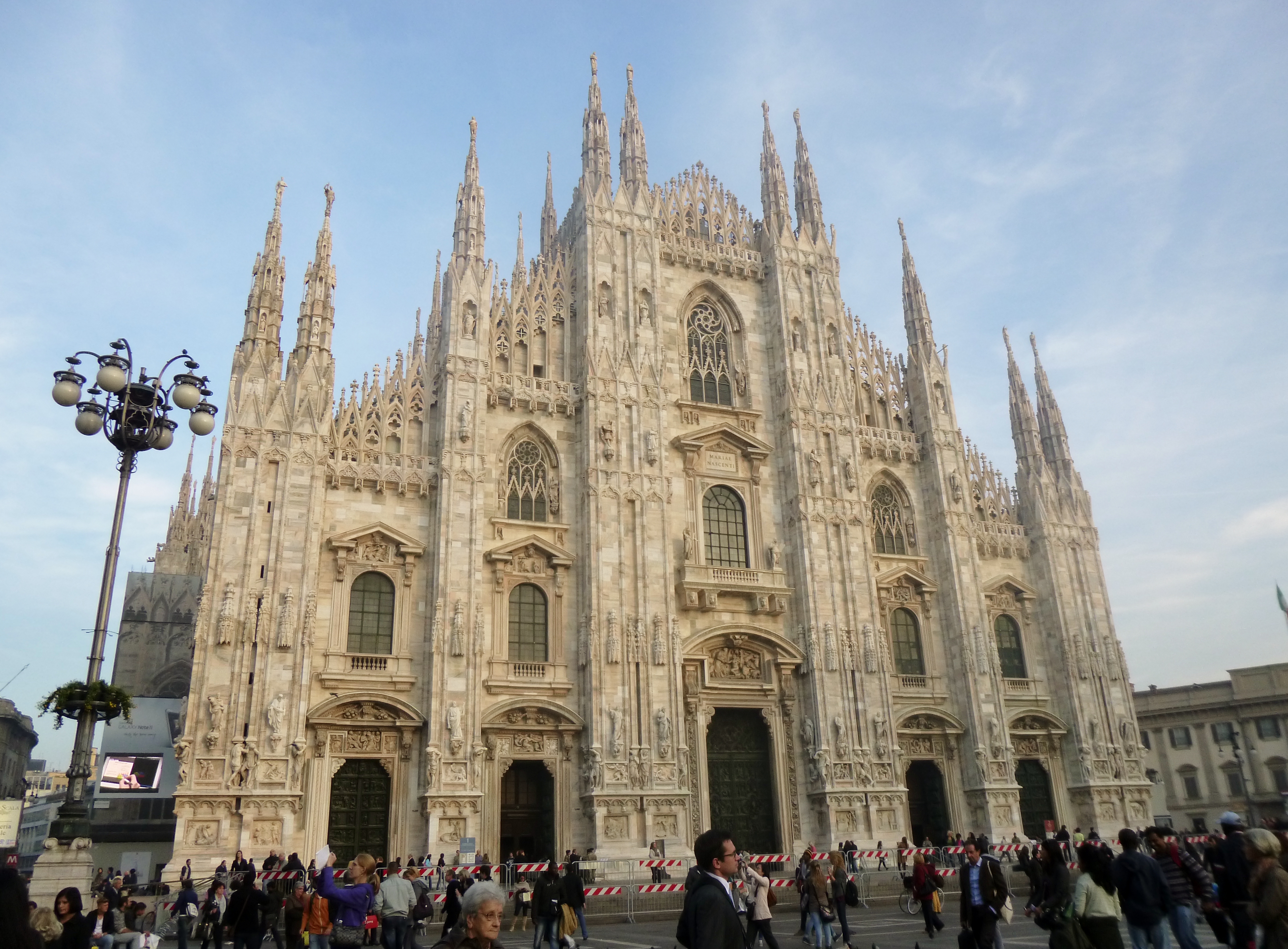 We've just discovered three flash sales happening this week that you won't want to miss. Here's what you need to know.

For ski lovers who are planning ahead

Vail Resorts and RockResorts in Colorado, Lake Tahoe, Grand Teton National Park, Utah, and Jamaica are having a 96-hour flash sale starting Tuesday, Aug. 18th until 11:59 p.m. on Friday, Aug. 21st where you can save up to 50 percent on stays at luxury-style campgrounds, boutique hotels, and resorts. Sample prices include rates at The Lodge at Vail from $129 per night, rates at The Pines Lodge at Beaver Creek from $117 per night, and even a 60 percent discount at Half Moon, A RockResort in Montego Bay, Jamaica, with rates from $229 per night. If you currently have the Epic Pass, you're eligible for even more discounts—purchase the 2015-2016 season Epic Pass by Sept. 7th for $769 per person for access to unlimited skiing and snowboarding at 10 U.S. ski areas and select ski resorts in Australia and Switzerland.

For a last-minute beach getaway

Looking for the perfect autumn beach vacation? Grand Lucayan on Grand Bahama Island is having a 72-hour flash sale where you can save up to 50 percent on stays of at least two nights between Sept. 2nd and Nov. 15th as long as you book by Thursday, Aug. 20th. Rates start from $90 per night (with a two-night minimum-stay required) and you'll get a $125 resort credit to be used for dining, spa services, tennis, and golf (cart fees excluded). The best part: children ages 12 and under stay for free.

For a quick trip to Milan

Suddenly in the mood for Italian food or interested in checking out Expo Milano before it ends on Oct. 31st? Take advantage of this amazing flash sale from Emirates where you can score 2-for-1 airplane tickets to Milan when you book by 11:59 p.m. on Thursday, Aug. 20th. Two people can fly round-trip from JFK to Milan $999 in economy class or splurge for two business class tickets for from $3,800 for both of you. Tickets must be used between Oct. 1, 2015 and Mar. 23, 2016. Plus, Milan was named one of Budget Travel's best places to visit in 2015, so get to it! 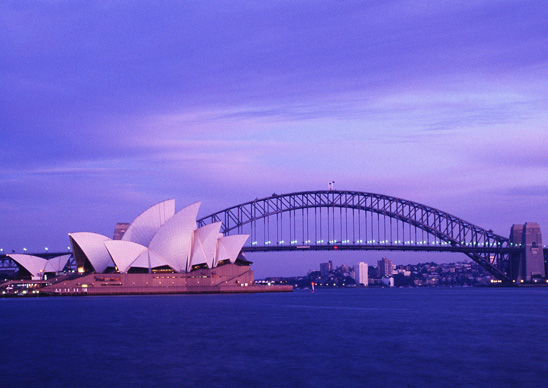 Save On Flights To Sydney Now Thru Aug. 25th

Great news for anyone planning (or dreaming of) a trip to Australia: Qantas is having a big sale on flights to Sydney now thru Aug. 25th. Here's what you need to know. Round-trip flights from L.A. to Sydney start at $1,349 per person when you fly between Nov. 1-30, 2015; Feb 1-Mar. 30, 2016; and May 1-Jun. 21, 2016. Round-trip flights from San Francisco, New York City (JFK), and Dallas/Fort Worth start at $1,549 per person. Travel dates for San Francisco must be between Feb. 1st and Mar. 30th or May 1st to Jun. 21, 2016. To take advantage of the sale price from New York City, travel between Nov. 9-29, 2015; Feb. 1-Mar. 30, or May 1-Jun. 21, 2016. Coming from the Dallas/Fort Worth area? Travel between Feb. 3rd and Mar. 30th or May 1st to Jun. 20, 2016. And now for the fine print: You must book by Aug. 25th to cash in on the sale. There is a 10-day minimum stay requirement, meaning you need to stay in Australia for at least 10 days after your transpacific flight departs. Please note that fares are based on flights that depart from Sunday through Wednesday, but travel from Thursday to Saturday is also available for an additional fee. Please visit Qantas.com for more info and to book your flight. 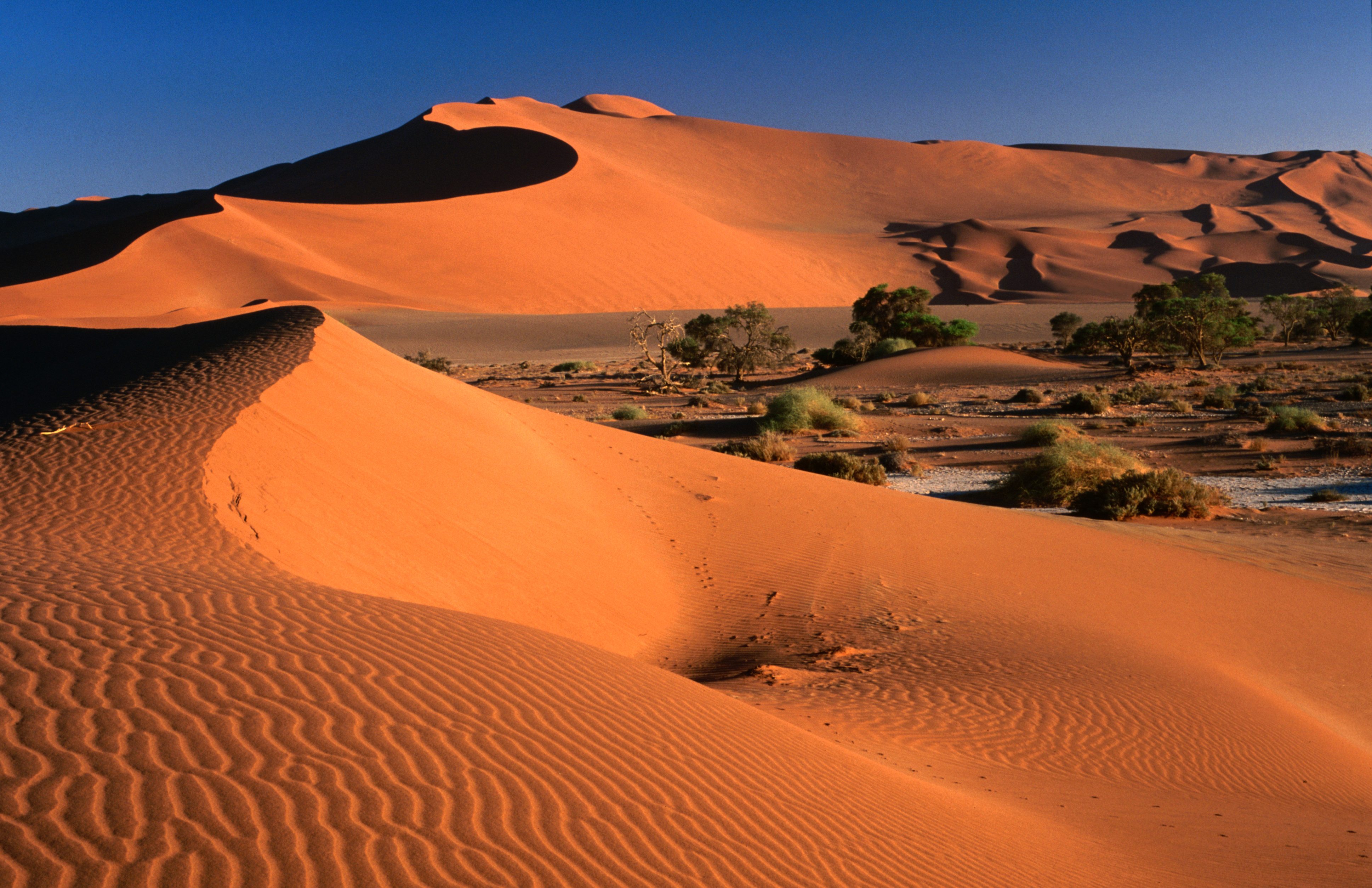 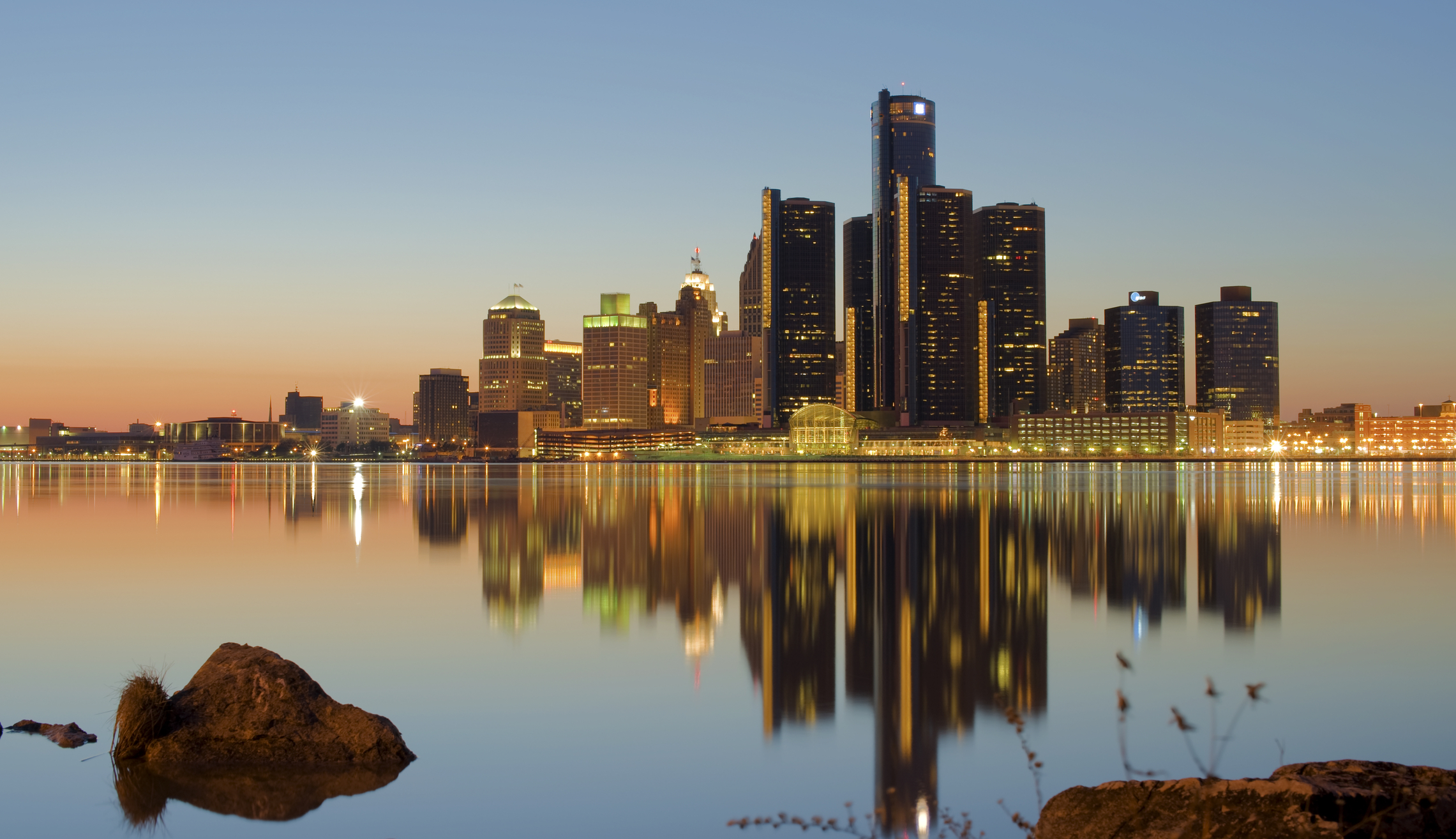 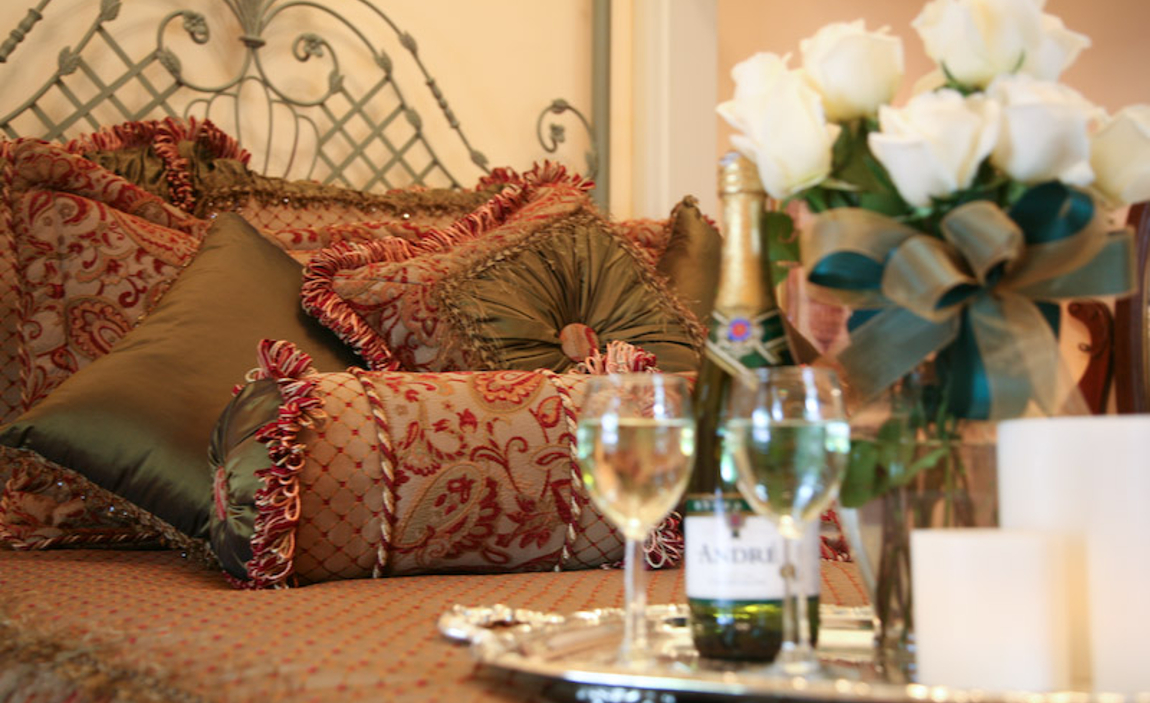 Typically, B&amp;Bs are a better luxury option than their chain-hotel counterparts. Posh perks like wine hours, homemade breakfasts featuring local ingredients, personalized service, and complimentary Wi-Fi mean guests get way more for their travel dollars. Here are seven of our favorite luxurious B&amp;Bs with rates less than $150 per night. Fort Conde Inn, Mobile, Alabama Fort Conde Inn is Alabama's only four-star, AAA four-diamond-rated boutique hotel and bed and breakfast—and it’s housed in one of the city’s most historic structures. Originally constructed in 1836, Fort Conde Inn opened in 2011 following a major restoration effort that included installing heating and plumbing, repurposing floors taken from an old home in Mississippi, and rebuilding the columns out front. Luxury rooms and suites feature L'Occitane bath amenities and antique furnishings. Rates start at $119 per night. The inn also offers accommodations with kitchenettes in its carriage house and private cottages. Inn on the Creek, Fredericksburg, Texas Inn on the Creek is a great jumping-off point for those visiting Texas Hill Country. The inn has six private suites with rates starting at $99 a night, and is close to numerous wineries. With top-notch amenities such as private hot tubs, fireplaces, a full gourmet breakfast served daily, and an on-site spa facility, the 1800's home is one of Fredericksburg’s most luxurious bed and breakfasts. The property is located just a stone’s throw from the town’s charming Main Street, too. Craftsman Inn, Calistoga, California Napa Valley's Craftsman Inn provides an affordable way to explore Calistoga and the surrounding region without sacrificing amenities. Outfitted with touches like L’Occitane bath products and sleek subway-tile backed waterfall showers or Jacuzzi tubs, the eight guestrooms feature English and American antiques, yet still exude a modern and comfortable feel. The icing on the cake: Craftsman Inn’s lavish daily Champagne breakfast is lauded by guests near and far. Rates start at $149 per night. The Madeleine Bed &amp; Breakfast Inn, Santa Fe, New Mexico The Madeleine Bed &amp; Breakfast Inn offers more than your typical Southwestern B&amp;B. Built in 1886 by a railroad tycoon, this eco-friendly frontier home features a seamless blend of Victorian architecture and Asian decor. For a special treat, book a hot-stone massage or a rose-petal bath in the Indonesian-style Absolute Nirvana Spa. The property is enveloped by colorful gardens and boasts seven unique rooms with nightly rates starting at $110. Breakfast follows New Mexico culinary traditions with an ever-changing Southwestern-style spread featuring dishes such as breakfast burritos and blue corn pinon waffles. Pinehurst Inn, Bayfield, Wisconsin Pinehurst Inn has eight rooms with rates starting at just $99 per night. The rooms are divided between the main house and the detached garden house, which was added in 2003 as a green building that mirrors the historical style of the main house (constructed in 1885). Luxurious touches include gas fireplaces, jetted tubs, and private decks in select rooms. Property grounds are covered with woods, perennial gardens and hiking trails, and there’s an outdoor sauna and shower on site. The inn provides easy access to water sports like kayaking and sailing in the summer, dog sledding in the winter, and is located near the Mainland Ice Caves, one of Lake Superior’s more spectacular natural formations. The hearty breakfast served every morning features organic, local ingredients such as vegetables and herbs grown in the Pinehurst gardens. Abbey's Lantern Hill Inn, Ledyard, Connecticut Abbey’s Lantern Hill Inn is the perfect choice for nature lovers seeking a well-appointed stay at the end of an adventure-packed day. With wide-plank pine flooring and a color palette heavy on earth tones, the eco-friendly inn reflects its lush, green Mystic-area location. Guests have their pick of seven themed guestrooms with rates starting at $139 a night. Stay in the Native American-inspired Southwest Room or the Cadillac Suite, outfitted with California redwood and Spanish tile. Abbey’s Lantern Hill Inn even has a nautical-themed, pet-friendly cottage for those who don’t want to leave their pups behind. Marshall Slocum Inn, Newport, Rhode Island Marshall Slocum Inn channels the opulence of Newport without the luxe price tag: Nightly rates start at just $89. Built in 1855, the historical home has five rooms with antiques furnishings—rooms feature original 150-year-old pine plank flooring—and amenities such as iPads pre-loaded with entertainment. The inn is not far from the Cliff Walk and Newport's famed mansions, as well as many beaches and the Newport Harbor. This article was written by Kristin Luna and originally appeared on BedandBreakfast.com.