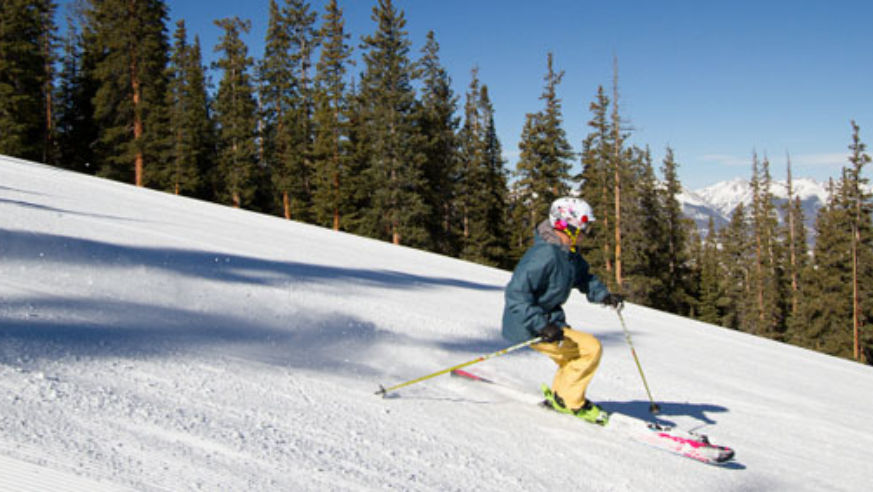 Wait. It's only May! Didn't the ski season just wind down? Yep. But if you want to lock in great rates, don't wait until next season's snow starts coming down before booking a ski getaway.

Keystone Resort (800/328-1323, keystoneresort.com), in Colorado, may be America's best ski deal, and booking now means you can save up to 40 percent on lodgings, not to mention the resort's kids-ski-free policy, which has no exceptions or blackout dates.

Last November, I published our Ski Resort Survival Guide, in which I confessed that I'd never been skiing, and I promised to learn. The folks at Keystone read that story and emailed me, suggesting that my family and I join them for ski lessons. We did just that, spending a week at Keystone in February, and had a blast learning to ski (I'll share that story in Budget Travel's November/December 2014 issue). We also came away feeling that Keystone not only offered exceptional deals but also a gorgeous, second-to-none setting.

If a deal is high on your winter 2014/2015 list, check out the Inn at Keystone in November or early December, where you can lock in rates from $99 a night. I loved the comfortable feel of the rooms at the Inn, the fact that you can walk to Keystone's fantastic Mountain House ski runs on Dercum Mountain (including an amazing ski school that my daughters adored), nab a complimentary hot breakfast every morning, and even bring your dog if that's your thing. The vibe around the Mountain House ski runs is laid back and friendly.

The Inn's comfy convenience is just one of Keystone's many lodging options, and you can get downright spectacular if your budget permits. But even upscale digs like the Keystone Lodge and Spa, and a number of condos, remain firmly in the range of smart travelers like you. And as appealing as the resort's Mountain House runs are, the River Run ski area, with an incredible gondola ride to the 11,000+ foot summit, has more star power. Most visitors divide their time between the two areas, and of course there's plenty of exploring to do. (There's also a traditional chairlift for those who prefer to kick it old school, and for the occasions when the winds require the gondola to shut down.)

Staying at Keystone also means you can take part in the Epic ski pass program, which gets you onto the runs at other major Colorado resorts, including Vail and Breckenridge, plus resorts in Japan, Switzerland, and France. Keystone also has an array of dining options, all of them exceptional. (My favorite is Keystone's Sleigh Ride Dinner, which takes guests on a two-horse open sleigh to a homestead-style cabin for a cowboy-cooked dinner, live music, and, on a cold, clear night, one of the most spectacular night skies you'll ever seen.)