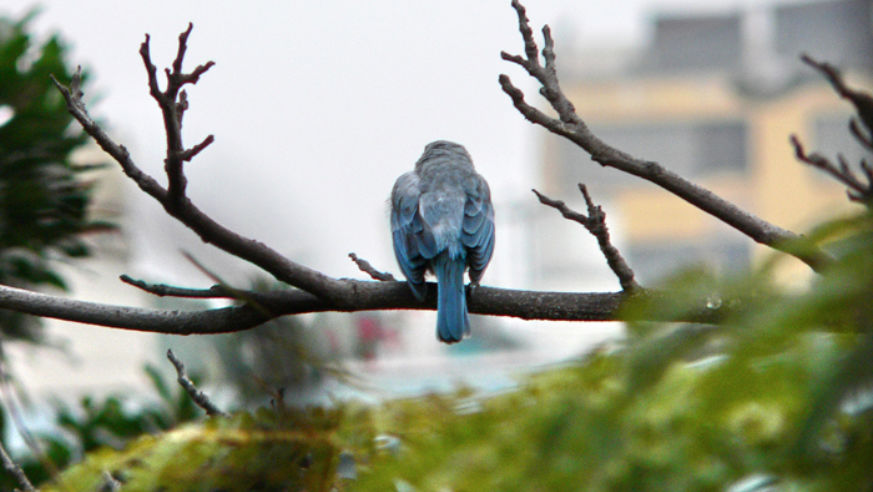 This article was written by Andreas Ambarchian, a freelance journalist from England who writes about a variety of subjects including travel, wildlife, and sports. He wrote this article on behalf of the Tambo Blanquillo, a family-owned lodge offering ample opportunities for wildlife viewing in the Peruvian Amazon.

For all the dense rainforest in Peru, the capital of Lima is better described as a concrete jungle than a haven for animals. Yet, despite the heavy traffic congestion and inexorable building development in Lima's inner city, there is still plenty of wildlife to see along the coastal region.

Palomino Islands
Although a city in its own right, Callao is fully integrated into the Metropolitan Area of Lima—it is off the coast of this important port that the Palomino Islands are situated. The islands are home to a large colony of sea lions, with boat tours to the area taking around 30 minutes to reach the destination. Life jackets are provided, as are light snacks and refreshments. Depending on weather and water conditions, visitors are offered the chance to swim among the animals. Tours to the islands also pass by the naval base of San Lorenzo Island, which is home to a number of Humboldt penguins and the old prison island of Fronton.

Inner City Birdwatching
The inner city of Lima is well built up, however even in the most urban districts, such as Barranco and Miraflores, it is possible to find public parks. Although often quite busy, these spaces can be peaceful and are very popular with the wildlife in the area. Vibrantly colored song birds often forage for food in the parks, while flocks of parakeets and hummingbirds can also be seen. One of the largest and best maintained public parks in Lima is Parque El Olivar, located in the business district of San Isidro. The green space has lots of trees, and you can visit a library, an art gallery, a pond, and some early 20th century mansions nearby. [Parque Kennedy in Miraflores is also worth a visit, especially if you're a cat lover—the park is full of clean, happy neighborhood cats!]

The Coast
Long stretches of boardwalks make much of the coast visible from inland Lima. From here, sea birds, such as cormorants, can be seen plunging into the ocean below. There is also a circuit of beaches making the ocean easily accessible for scuba divers. The water is quite cold so a wet suit would be required. The Pacific Ocean off Lima is inhabited by an array of marine life. In all, Peru has over 1,000 species of fish, some 1,400 species of mollusks, and more than 300 species of shellfish. One of the most popular dives in the area is in the south of Lima, off the coast of the Pucusana district, home to the remains of a 60-foot boat wreck.

Zoos
Lima is home to two zoos, the Zoologico de Huachipa and the Parque de las Leyendas. The first, the smaller of the two, is a privately owned park in the Ate district of the city, close to Central Lima. Here, there are a wide variety of different animals including tigers, giraffes, zebras, and kangaroos, as well as a few indigenous species like monkeys, llamas, and parrots. Inside the botanical garden are around 600 species of exotic, native, and endangered plants. Meanwhile, Parque de las Leyendas is located in a pre-Columbian complex in the San Miguel district. There are various ruins inside the park as well as animals like bears, vicunas, penguins, and big cats.