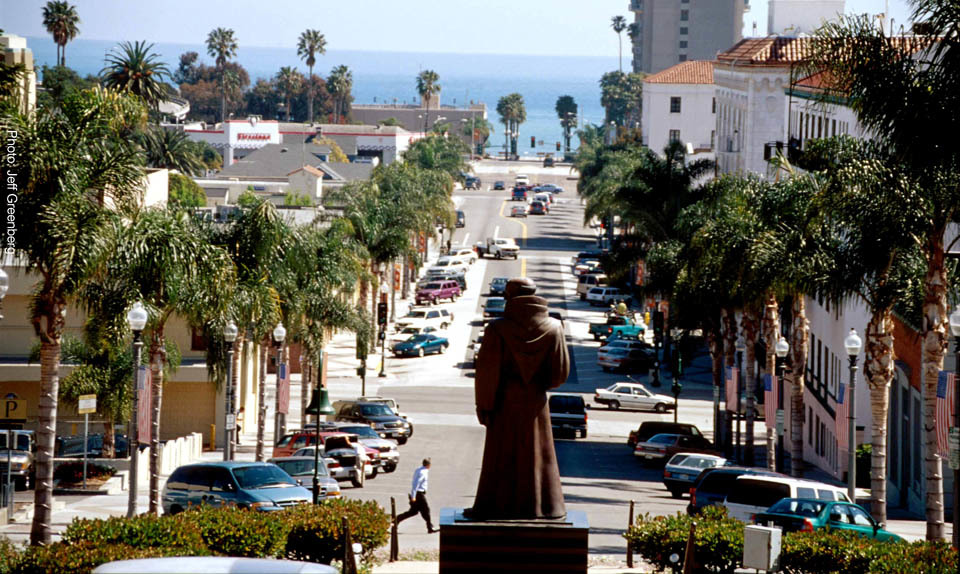 Courtesy Ventura County Coast
On a recent visit to this beautiful stretch of the Golden State’s central coast, my family and I reveled in the region’s glorious juxtaposition of urban sophistication with natural beauty.

“I do love nothing in the world so well as you.”

The words, written by William Shakespeare around 1598, resounded in the small theater, a converted church, on a balmy July afternoon, beautifully and simply spoken by an excellent young actor, Seryozha La Porte, playing Signor Benedick opposite the equally excellent Juliet Johnson as Beatrice. I brushed away a tear and smiled, not only because Rubicon Theatre Company’s Much Ado About Nothing was one of the most energetic, polished, and insightful productions of the play I’d ever seen, but also because those words were not being delivered at the Globe Theater in London or in New York’s Central Park, but in beautiful Ventura, California, a few blocks from a perfect Pacific beach and a short walk from a vibrant, bustling historic downtown.

As I learned firsthand this summer, the entire Ventura County Coast, comprising the cities of Ventura, Oxnard, Camarillo, and Hueneme, on the southern end of California’s central coast, offers many such glorious juxtapositions, embracing surfing, style, Shakespeare, and much more.

From our spacious room at the Ventura Beach Marriott, my family and I were able to walk to the beach - a bracing, foggy place to start your morning, or a relaxing, sunny place to spend an afternoon or early summer evening. We loved wading in the relatively calm waters, standing on the jetty, and engaging in searches for cool rocks and shells with other visiting families. The Ventura Beach Marriott was a great base of operations for exploring the Ventura County Coast region, with a big courtyard that includes a pool, hot tub, and koi pond with waterfalls. We also really appreciated the on-site laundry facilities and round-the-clock services. As lovely as the property is, I got a sneak peek at an upcoming renovation that will bump every room up in terms of eye-popping, contemporary beach-inspired design.

If you can ever pull yourself away from the beach, the Ventura Beach Bike Trail is pedestrian-friendly and leads you past breathtaking ocean views, the historic 1872 Ventura pier and promenade, and to the city’s wonderful downtown. My kids loved visiting City Hall for the great view back down toward the ocean, and we enjoyed family-friendly comfort food at the Busy Bee Cafe, which sports retro-chic decor and an old-fashioned jukebox that feels like a neon-colored time machine. (“Yes,” I explained, “a jukebox was like Spotify for Baby Boomers.”) For more grown-up fare, I relished Anacapa Brewing Company’s beer-tasting flight and satisfying (to say the least) brewhouse burger. If unique-yet-affordable shopping is your thing (it’s ours), drop by Rosie Lee Imports for British foods, teas, and nicknacks (my kids insisted that I honor my favorite author by browsing the Dickens-themed souvenirs) or Iron & Resin Garage for great original T-shirts. From Ventura Harbor to San Buenaventura State Beach and beyond, the city offers great seafood, fine local wines, and the chance to watch truly accomplished surfers in action.

Neighboring Oxnard, a quick drive south on Highway 1 from Ventura, is home to a busy harbor and beautiful beaches. Known as the gateway to the Channel Islands National Park and Channel Islands National Marine Sanctuary, Oxnard also offers the annual California Strawberry Festival (trust me, you haven’t tasted a strawberry until you’ve tasted a fresh-picked California strawberry), kayaking in the harbor (you may get up-close-and-personal with a harbor seal), and the Henry T. Oxnard National Historic District and Heritage Square, including the rich collection at the Carnegie Art Museum. Fuel up at Seafresh Grill, rent a paddle boat or electric boat to explore the harbor, stop by the Channel Islands Maritime Museum for its cool models of sailing ships, or just relax at Oxnard Beach Park.

Camarillo may be best known for the Premium Outlets, which draw an international crowd of visitors for more than 150 designer and name-brand stores. But the city is also a beautiful weekend (or longer) escape, offering gorgeous views of central coast farmland, a Commemorative Air Force Aviation Museum featuring vintage aircraft, and (speaking of vintage) great wine bars spotlighting the local vino scene in Old Town. You can also get a taste of local produce at the farmers market, sip local craft beers, tour a restored ranch house, visit the Western Foundation of Vertebrate Zoology, and find unique boutique hotels that match the city’s historic vibe.

My visit to Ventura County Coast this summer was too short to include a trip to the Channel Islands National Park, 11 miles offshore and accessible by ferry or small plane, but it’s on my list of must-sees next time I’m in the area. Nicknamed the “American Galapagos” for its diversity of unique species of animals and plants. Almost any outdoor activity you can name can be found here, including hiking, snorkeling, kayaking, birdwatching, and camping. Bicycles are not allowed, and you won’t find cars or public transportation here either, so peace and quiet are almost guaranteed. When you’re ready for your Channel Islands adventure, book an excursion with Santa Barbara Adventure Company. 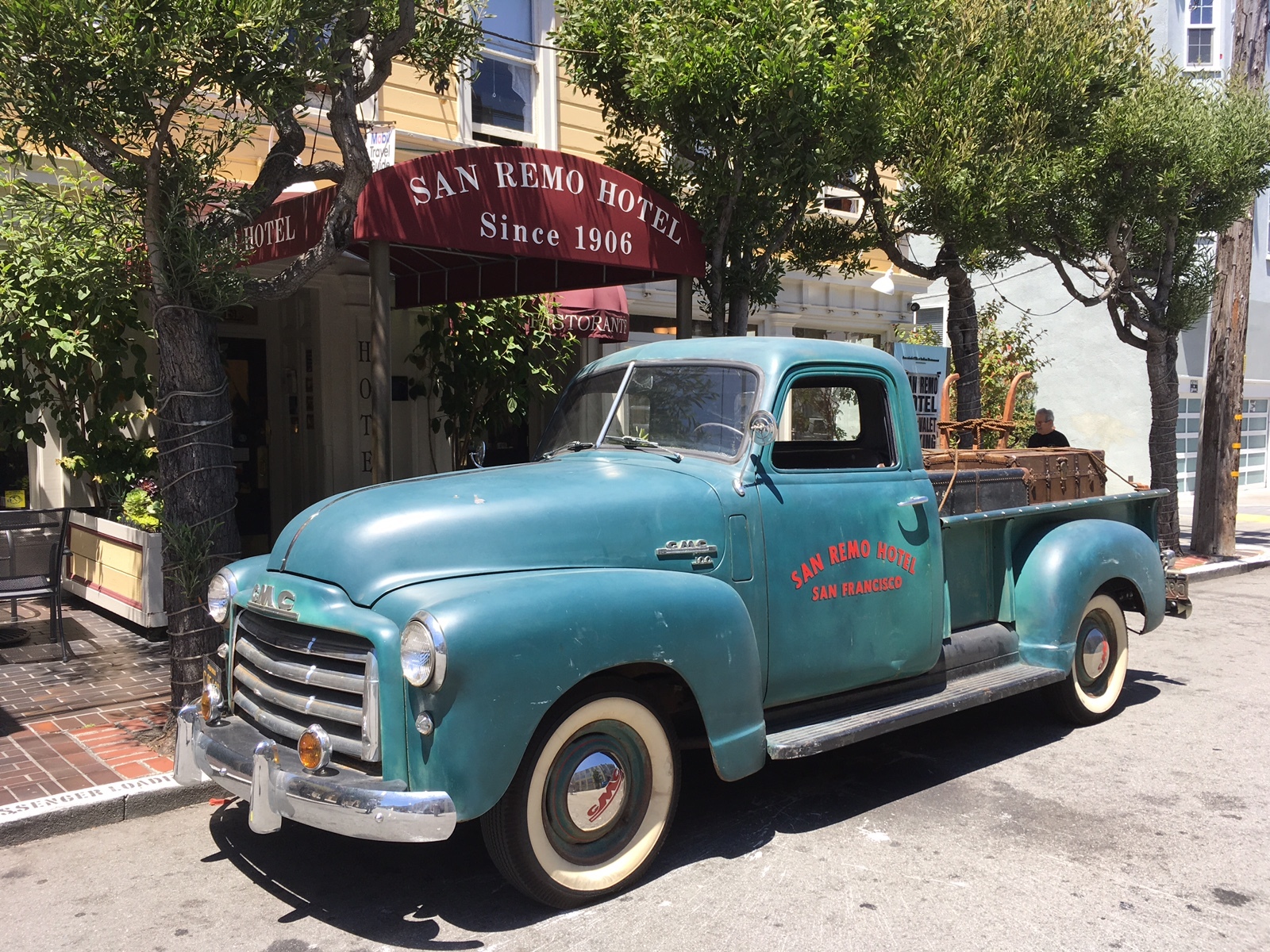 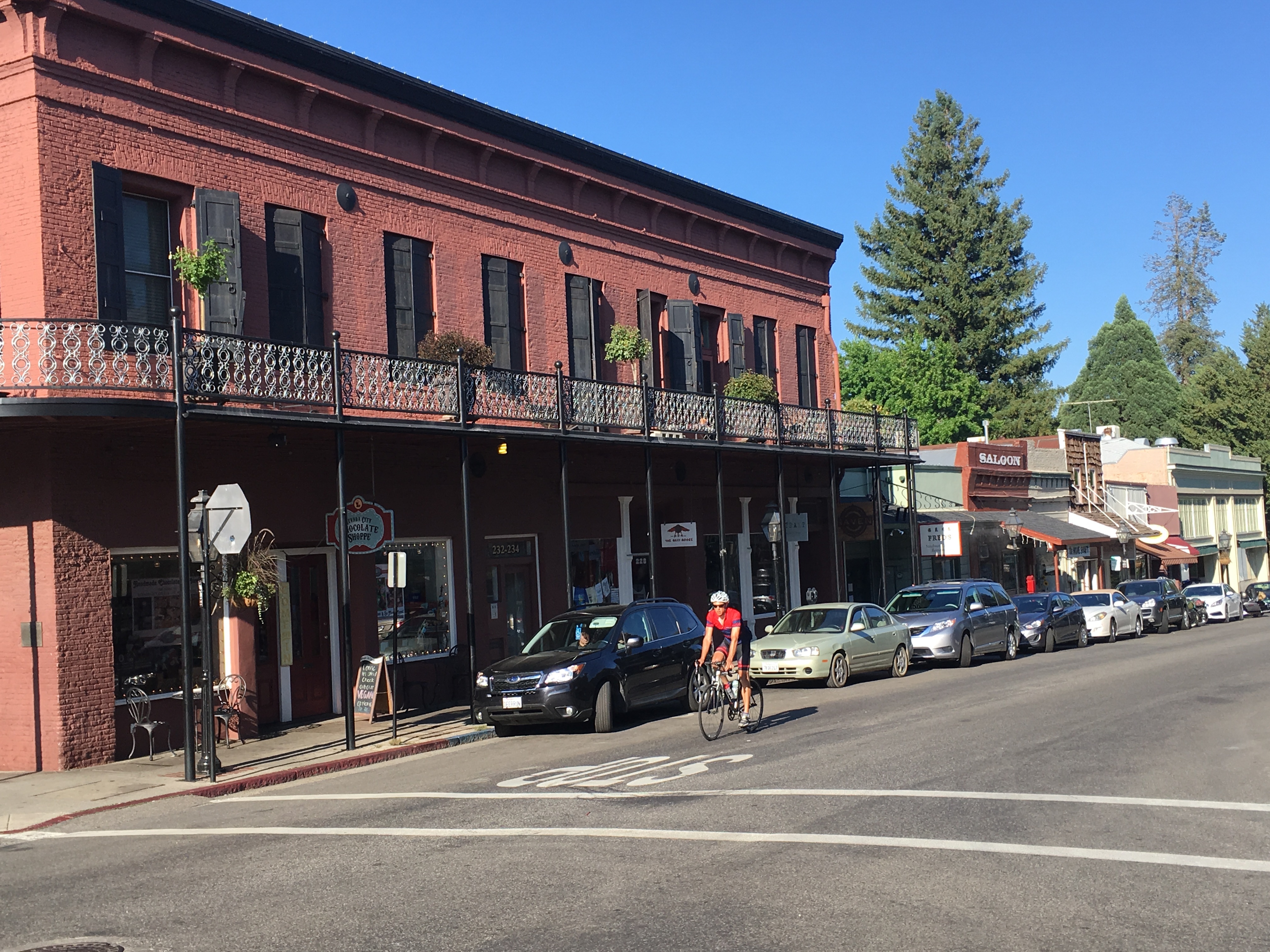 Get to Know: Nevada City, CA, One of the Coolest Small Towns in America 2017

Nevada City, CA, is no. 3 on Budget Travel’s list of the 10 Coolest Small Towns in America 2017. When I visited Nevada City in July, in the foothills of the Sierra Nevada mountains about 60 miles northeast of Sacramento, I loved strolling up and down Broad Street, where cool boutiques and unique shops rub elbows with local ice cream, BBQ, and historical sites. When I mentioned to locals (who range from families who trace their roots here back several generations to recent transplants and weekend warriors from the Bay Area and Silicon Valley) that Budget Travel has named their town one of the coolest in America, I generally got one of two reactions: A high-five and a thanks, or a whispered, “Please don’t tell everybody about us.” Well, the secret is out. Nevada City and its surrounding area are definitely having a moment. Just a few days after my visit, the California Arts Council named the region the Grass Valley-Nevada City Cultural District, honoring its evolution from a gold-mining hub in the mid-19th century to its reinvention, starting in the 1960s, as a cultural hot spot that draws artists, writers, and technology innovators. Where gold-hungry miners once panned, culture now thrives. We love Nevada City for its music and art, food, and the surrounding rivers, lakes, and nearby mountains. I found perfect burgers and wings at Bistro 221, along with local craft beer and lively conversation. Up the street, the Nevada City Chocolate Shoppe serves heaping scoops of great ice cream made by locals with deep roots in the community. Music lovers flock to the Miners Foundry for live acts, the town is the epicenter of the Wild and Scenic Film Festival, devoted to nature and adventure filmmakers, and with incredible hills, switchbacks, and scenery, the Nevada City Classic is one of the, well, coolest bicycle races in the U.S. The Miners Inn, an Ascend Hotel Collection Member, in nearby Grass Valley, pays homage to the region’s history with a decidedly more upscale welcome than those 19th-century miners ever got. A grand lobby hosts cocktail events for guests, and the hotel’s beautiful woodwork and comfortably appointed rooms are a real treat. My wife and I really enjoyed our gorgeous room, and we loved chatting with the staff about the Grass Valley-Nevada City area, its history, and their recommendations about food and fun. 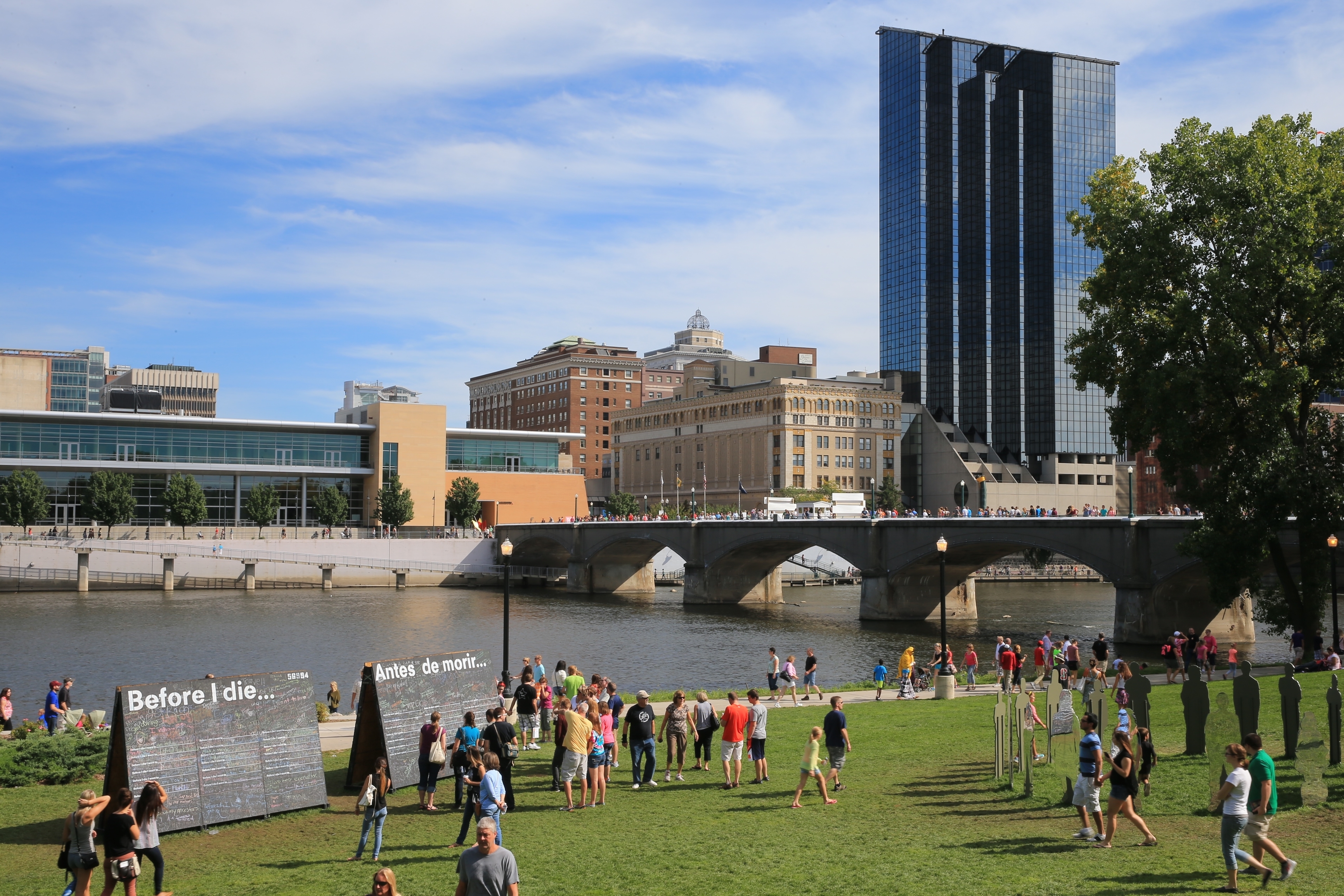 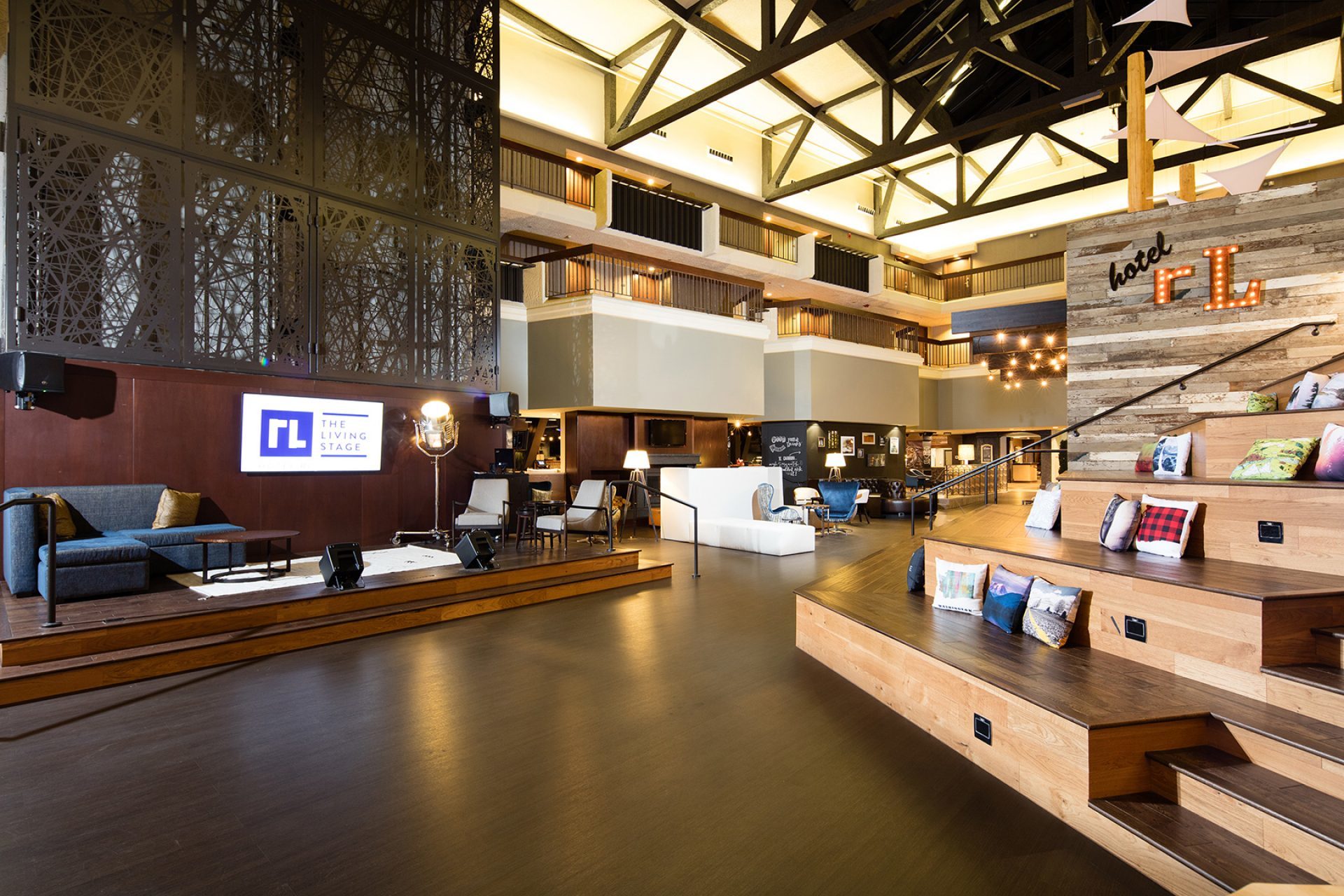 It’s probably the best worst-kept secret in Hollywood—and the music industry, too: overhaul your look and people will notice you all over again. Some might even say that an image makeover generates more attention than a flawless performance. It seems that the RLH Corporation is borrowing a page from show business’s playbook—in more ways than one, in fact--with the introduction of Hotel RL, a hipper and edgier take on the familiar hotel chain. The first of these slick new boutique hotels opened in Baltimore last year and other ones have since popped up in Brooklyn, Spokane, Salt Lake City, Omaha, and more. Designed with a mind towards community and socializing, each hotel’s airy, colorful lobby has a performance stage (more on that in a second) and food and coffee purveyors. As far as Bill Linehan, CMO of the RLH Corporation who helped design the concept, sees it, this is where boutique hotels haven’t dared go before. “Boutique hotels are increasingly prevalent and, more and more, that means a focus on design, high-design. I don’t think that’s necessarily the millennial mindset,” he said. “As a company, we’re focused on being conversation-friendly and more relevant. There’s a creative mindset that exists within the millennial population, so it's important to come up with a lobby concept that’s different.” READ: "These Unique Hotels Transform Travel" The result? The Living Stage, which gives the hotel lobby not just a chill, artsy coffee house vibe, but a connection to the local community.  The performance space hosts musicians, speakers, artists, and a variety of other creative types, each from the resident city. And it’s not just about entertainment. In Omaha, a mayoral candidate held his election night event at the city's Living Stage. There was a Black Lives Matter event at Hotel RL Baltimore Inner Harbor. And TED Talks-style events happen all around. Each hotel provides its Living Stage schedule in each guestroom. “With technology these days, all you need to do is walk up to the front desk and summon someone who’ll look up and give you the key,” said Linehan. "We want to make the lobby more activated and energetic, more of an authentic place than a space where you stand in line to get a key." READ: "Oops! How Not to Embarrass Yourself in a Foreign Country" But that’s not all. Each Hotel RL showcases its own local installment of Project Wake Up Call, which features local photographers’ shots of the city, and not always the glamorous aspects. In fact, part of the goal of the Project is to bring attention to each area’s homeless blight. Photographs are auctioned off and donated to each hotel’s chosen local charity.  "Hotels have very much have lost their way on being part of the community,” said Linehan. “There are just so many opportunities for locals to project their creativity as well as advocacy, awareness, and innovation. We want to be a community’s stage.”