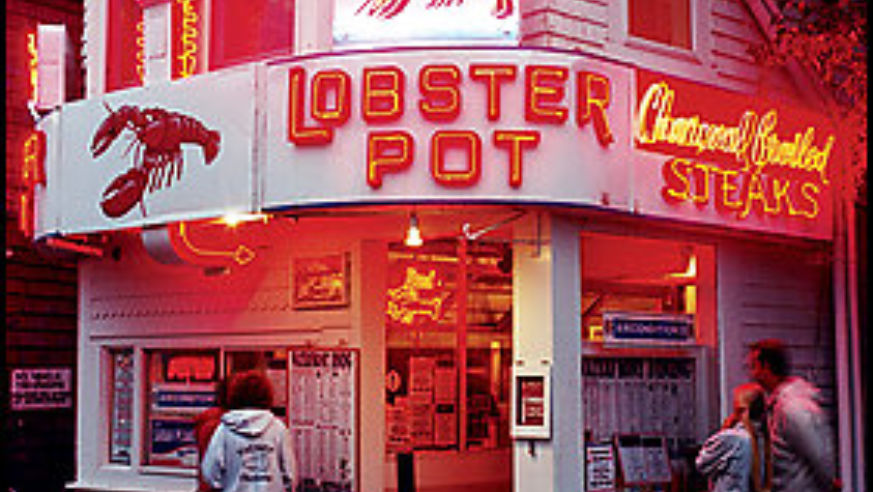 Summer on the Cape is justifiably famous, but the traffic can be a drag. In autumn, the tourists vanish, but the small-town charms and natural beauty remain.

DAY 1
I knew mid-September would be iffy in terms of weather, but I didn't expect this. After plowing into the Carolinas, a hurricane is heading to Cape Cod. My wife, Jessica, and I were willing to put up with some rain in exchange for quiet days and no crowds--but ahurricane? I gaze at our 2-year-old, William, certain that parents all over Massachusetts are clucking their tongues.

We drove up from New Jersey the night before, knowing that the storm was somewhere in the Atlantic. Crossing over the Sagamore Bridge onto the Cape, all I could see was mist and the hazy headlights of cars going the other way. Were hardy New Englanders really fleeing? The parking lot atThe Corsair & Cross Rip, a complex of motels and house rentals in Dennisport where we had reservations, was full, a good sign. The office was closed, a not-so-good sign. Then I noticed an envelope on the door with our last name. Inside was a handwritten welcome note, requesting that I pop in the next morning for a proper check-in.

By mid-morning, the consensus on TV is that by the time it reaches the Cape, the storm will be a tropical storm with plenty of rain and wind, but nothing that'll rip off rooftops. At present the skies are gray, but dry, so we decide to get outside and start exploring.

Over apple pancakes and coffee atThe Breakfast Room, the conversations all revolve around the weather. "Sometimes it'll be raining here and blue skies on the other side of the Cape," our waitress says, "so we'll head to the beach there."

On a map, the Cape resembles an arm making a muscle; with no particular destination in mind, we head to the top of the biceps. When signs for Gray's Beach appear in Yarmouth Port, we follow them. Sure enough, the sun peeks out as we walk along the beach and a boardwalk over marshland, both at Bass Hole. As William tosses pebbles into the water, I breathe in the salty air and feel better about not calling off the trip. It's so quiet we can hear the gulls flapping their wings.

A drizzle turns us back to the car and toHallet's Store, a museum-quality soda fountain dating to 1889. It's not even noon, so I decide against ordering a sundae and settle instead for a bottle of Hallet's homemade root beer to drink in the car.

With the rain picking up, we seek indoor activities and wind up atThe Brewster Store, another quaint, rickety throwback, constructed as a church more than 150 years ago. Now it's a general store with a nickelodeon that plays songs for a quarter. We sit on a bench in front of the store, watching rain pound the road and sharing fudge, a whoopie pie, and animal crackers. William sticks with his crackers, roaring at each tiger he pulls out, and eyes my whoopie pie suspiciously. After I dab some pie cream onto his lips, he drops the animal crackers box. We polish off a carton of milk, and Jessica goes into the store for more.

For lunch, we drive to Chatham to meet Jessica's brother Luke and his wife Susie, who have been on vacation celebrating their anniversary.The Chatham Squireis a fine place to dine with a toddler, in that it's generally loud and rowdy. At the bar, a silver-haired gentleman with a George Hamilton tan orders a cocktail amid a cackling crew of rugged-looking men in sleeveless shirts.

Our waitress is friendly but indifferent, which I've heard is the way service always is here. As far as pub grub goes, the food's fantastic. We're all envious of the fish-and-chips Luke ordered--made with fresh cod, in healthy-size chunks--and he generously shares them with the table.

We race past Chatham's cute stores in the rain and hunker down in our room. On TV, a lobsterman says that he's simply trying to get his boat and equipment "out of hahm's way." From our window, I see that the parking lot next door is flooding. Jessica pokes her head outside, where a CBS News truck and a reporter are taping a segment. I state the obvious: "That can't be good."

Jessica and I are unabashed New England-philes. We love the classic villages and often fantasize about giving theThis Old Housetreatment to some weathered Victorian home in Vermont or Maine. Until that happens, we shop for home furnishings any time we're in New England. (Friends still make fun of us for driving--when Jessica was eight months pregnant--to Massachusetts to buy a couch.) We spend more than an hour atSnow's Home & Garden. I almost convince myself to pick up a couple of whiskey-barrel planters for the yard, before coming back to the reality that we'd have to leave behind our luggage or William's car seat to fit them in the car. A huge electric train display gets a big thumbs-up from Will.

We find a few mementos that don't take up too much space atBird Watcher's General Store. I waver between a bird feeder that looks like a New England chapel and one that resembles a general store, before choosing the latter as a gift for my dad.

Once we're back on the road, the sun is so bright that Jessica pulls over to dig shades out of her bag. Will falls asleep moments later; rather than wake him, we skip theWellfleet Flea Market, Cape Cod's biggest, in the parking lot of a drive-in theater.

In Provincetown, we have some time to kill before our ride withArt's Dune Tours, so I duck into theLobster Potto sample the clam chowder, which is super creamy. I'm a little disappointed that our tour isn't in the funky old Suburban from the brochure--it's in a modern SUV instead--but the scenery on the hour-long loop, through the forest, along the beach, and over remote, bumpy dunes, is gorgeous.

I carry Will, who fell asleep three-quarters of the way through the tour, to a bench in the middle of P'town. His eyes stay closed even when bikers rev their engines a few feet away. When he eventually wakes, we walk down Commercial Street, the wild main drag, peeking in the windows of S&M boutiques and shops dominated by two kinds of T-shirts: anti-New York Yankees and progressive ones like I (HEART) MY MOMS. I've never felt so utterly conventional.

After hearing that my first two choices for tonight are full, I desperately book one of the Dewey Avenue Apartments sight unseen from theBreakwater Motel. The unit has two bedrooms and a long hallway that Will enjoys running down, but the ripped couches and stained carpets reveal a place that's been well partied in. As I'm looking at the rusted fixtures in the bathroom, Jessica asks, "You're not thinking about giving Will a bath in there, are you?" Only it's more of a command than a question.

The apartment's location is its salvation. We walk out the door and through dune grass to a coarse beach. It's low tide, and clusters of people hunt for shells and play with their dogs hundreds of feet out from the usual shoreline. Will's not happy when the sun dips behind clouds and I tell him it's time for bed. Rather than wrestle with him the whole way back to the apartment, I make a game of it, touching my toes like a sprinter and counting to three before running a few strides. He's into it, sticking out both index fingers and counting with his unique method: "Two, two, two, goat!" For the record, I let him win.

DAY 3
Mostly flat and less than a mile long, the pond loop of the Beech Forest Trail, off Race Point Road, is a refreshing way to start the day. The air is full of the sound of crickets, and around the first bend a frog jumps on a lily pad as if on cue.

Back in Orleans for an early lunch, we drop by theOld Jailhouse Tavern, a jail turned upscale restaurant where the chicken pie is in a bread bowl the size of a softball.

As an alternative to takeout, we like going to restaurants during slow times. I'm glad theMarshside Restaurantis mostly empty when we sit down at 5 P.M., because Will won't stay still even when we try to bribe him with French fries. The porch where we're seated, which has a picturesque marshland view, soon fills up, and though I have half a burger still on my plate I'm antsy to leave.

We try not to reward bad behavior, but after having ice cream daily--we're on vacation, after all--I don't want to break the streak.The Ice Cream Smugglerturns out to be our favorite.

With the sun fading, we head to Scargo Tower, in Dennis. It's a narrow cylinder built of large stones and mortar. The inside reeks, so I pick William up and run up the spiral staircase to the top. It's only 30 feet high, yet it has one of the Cape's best panoramas: an idyllic lake, where a lone fisherman drifts placidly in his rowboat, and, in the distance, Cape Cod Bay and the mainland.

That night, at theKingfisher Lodgingmotel, our bed is the wobbliest I've ever slept on. Still, we're all relieved when the bathroom passes Jessica's inspection.

DAY 4
When we drove by it days earlier, the parking lot at theRed Cottage was overflowing; something good was clearly happening inside. Today at 7 A.M., the counter is three-quarters occupied. Posters of the Declaration of Independence and Bill of Rights decorate the back wall, and each coffee mug is different. I'm the WORLD'S GREATEST TEACHER.

The menu is overwhelming, with all sorts of extras added to breakfast standards. We go overboard: Jessica orders an omelet with the specialty home fries, which come with ham, mushrooms, peppers, tomatoes, and hollandaise; while I have the Very Berry waffle, covered in four kinds of berries and whipped cream. Almost immediately, we wish we'd ordered something simpler.

We've been running around too much, and decide to relax at the beach before the drive home. Friends who go to the Cape every summer recommended Mayflower Beach, off Route 6A, in Dennis. When we pull our car into the empty parking lot, it's low tide, and we can walk out more than 500 feet. The sand is in little bumps that look like corduroy. I hike Will's jeans up, and watch the wet line slowly creep up them, before giving up and letting him splash around in just his diaper. There's a warm breeze, and we see maybe five people over the course of 45 minutes.

On the walk back to the car, William stops and stares at us with a furrowed brow. Instead of the tantrum I expect, he smiles. Then he arches into a racing position, sticks out both index fingers, and says, "Two, two, two, goat!"

Finding YourWay
Most of the towns on Cape Cod publish helpful, digest-size tourist guides with maps and listings, available at hotels, restaurants, and shops. Rte. 6A is the slower, more scenic route that parallels the two-lane Rte. 6. Weekends, traffic is bad on Rte. 6 (and Rte. 28) from Memorial Day to Labor Day, and sometimes in the spring and fall. If you're flying in, consider Providence rather than dealing with Boston.