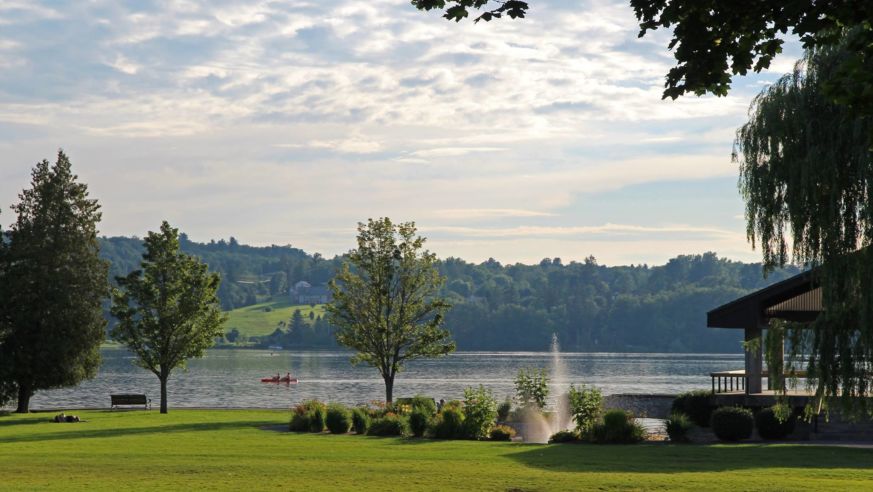 Congrats to the folks in lovely Cazenovia, NY, who have zoomed into second place in our Coolest Small Town 2014 contest! (Voting is open till 12:00 a.m. on February 25!)

Wow! Cazenovia, NY, has rocketed to second place in our Coolest Small Town 2014 contest, passing (at least for now!) the folks in Buckhannon, VA, who had held first or second place since the contest began in mid-January. (Berlin, MD, still holds the top spot.)

Cazenovia, a charming upstate hamlet that's home to a vibrant downtown, lovely lake, and a variety of distinctive architectural styles, has received nice publicity from media outlets in central New York, including Syracuse,com. That, in turn, has clearly inspired the town's fans to spring into action and vote daily. Congrats, Cazenovia!

So, how does a town with a population of fewer than 3,000 zoom to the number-two spot? Well, keep in mind that Budget Travel is all about, well, travel. The towns on our list were nominated by our audience because they are not just cool places to live but also cool destinations to travel to. Translation? The winning town will grab the title of Coolest by organizing its fan base—whether they are in town, in state, or even across the U.S. or the world!—so that each person casts one vote per day until the contest closes at 12:00 a.m. on February 25. (We allow up to one daily vote per IP address to prevent "robo-voting.")

Here's where our 15 contenders currently stand: