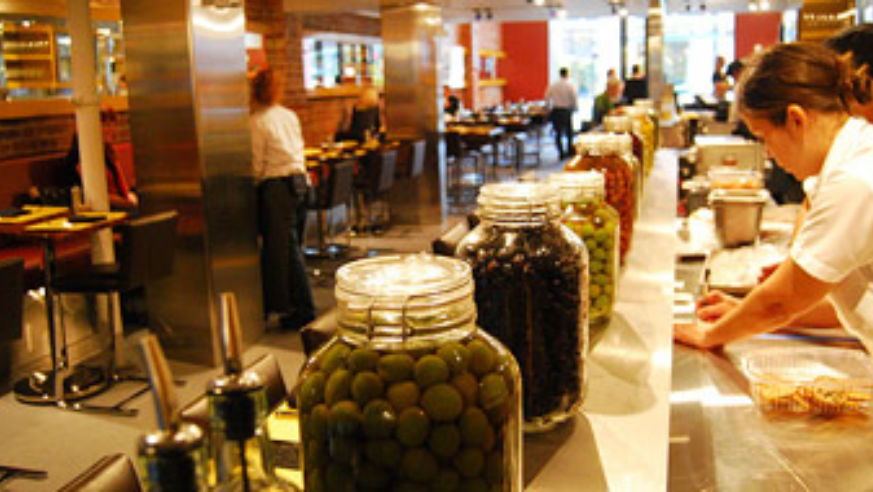 It seems like every industry is getting its own flash-sale site—where deep discounts are offered on a limited basis online—and now restaurants, too, are getting a taste of the action.

Last week, I read about the burgeoning trend on the New York Times' "Bits" blog, highlighting a new entry, Village Vines, that includes discounts on your bill (after you pay $10 for a reservation):

"VillageVines is one of many companies that are changing the way that local businesses market themselves to customers. Restaurants, for instance, can also offer various members-only, limited-time deals through BlackboardEats.com, Gilt City, Groupon, and Yelp, among others."

I spent a little time surveying the field to put together a hit list of some of my favorite flash-sale food sites. After all, next time you take a trip, why not have a sweet coupon (and reservation) all squared away to maximize the quality of your mealtime?

What it offers: daily discounts (from health club memberships to restaurant coupons) in 85 North-American cities and 29 countries, occasionally featuring restaurants.

How it works: the deal is only activated if a certain number of people sign up.

Sample deal: save $20 on $40 of dinner and drinks at the Rosedale Diner in Toronto.

What it offers: discounts of up to 30% off at over 100 restaurants in New York and more than 20 each in Chicago, D.C., Los Angeles, and San Francisco.

How it works: deal seekers use VillageVines to make a reservation at a listed restaurant, pay $10 to secure a table (usually 30 percent off the bill), and the discount is applied to the bill at the end of the meal.

What it offers: up to 30 percent off select restaurant bills or equivalent items in Los Angeles, New York, San Francisco, and online. There's also a "Side Dish" sidebar that announces other food deals around town.

How it works: Subscribers are sent an email with deals lasting about a month. You can then redeem the code for your deal of choice at the listed restaurant.

How it works: readers select their city and browse the various offers available in their city that week.

What it offers: daily discounts (from spa coupons to restaurant deals) of 50-90 percent at local businesses in the U.S.

How it works: each deal requires a minimum number of people to sign up to activate the deal. Interested users join a group and can share the deal with others. If the minimum number is met, members are charged for the deal and sent an e-voucher.

Sample restaurants:Padre Figlio in New York and Uppercrust in Boston.

What about you? Have you used any of these sites for dining? And how would you rate them on value/ease?