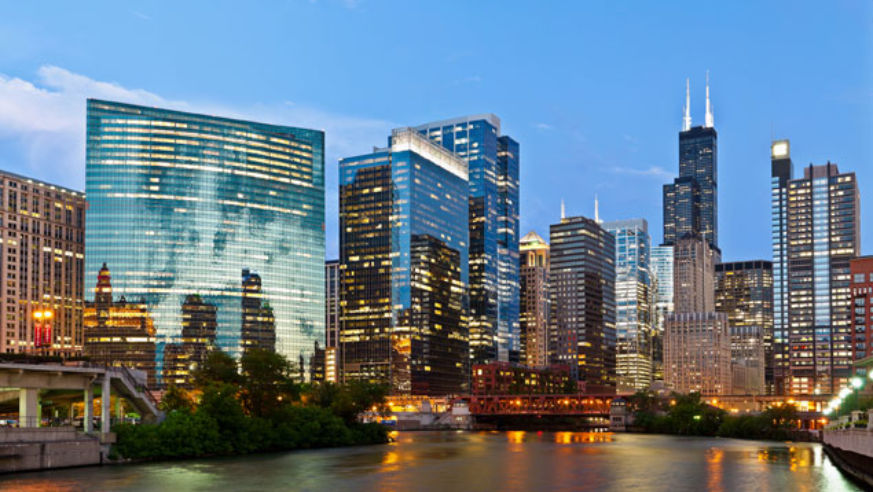 Chicago, birthplace of the skyscraper, is second to none in architecture, fine art, and public parks.

You probably weren't surprised to hear that the iPhone5 and Kim Kardashian made Yahoo's list of the most searched phrases of 2012. Yawn. But when Yahoo drilled down to determine the most searched city names of the year, its list did contain at least one unexpected result: Chicago came in second, right after perennial no. 1 Las Vegas and ahead of mega-destinations such as London, New York, and San Francisco.

While Chicagoans may not always be fond of the nickname "Second City," in this ranking they've earned some bragging rights. In May, the city played host to the G8 and NATO summits, attracting thousands of visitors. And of course there's no discounting the fact that President and Mrs. Obama have lent a portion of their star power to their town—the president's former chief of staff, Rahm Emanuel, is now the city's mayor and an enthusiastic booster for local tourism.

Architectural landmarks are a hallmark of Chicago's downtown. The skyscraper was born here, and you can't miss the 110-story Willis Tower (commonly known by its original name, the Sears Tower) and the John Hancock Center. You should also consider a daytrip to Frank Lloyd Wright's home and studio in nearby Oak Park. 951 Chicago Ave., Oak Park, IL, gowright.org, studio and home tour $15 for adults, $12 for students and seniors; note that interior tours will be suspended for part of January and February for maintenance.

Public parks in Chicago are breathtaking, and you can explore three of them via Frank Gehry's BP Pedestrian Bridge, which offers elevated views of the city's skyline as you stroll from Millennium Park (home to the McCormick Tribune Ice Rink in winter and the five-acre Lurie Garden) to Grant Park (where President Obama delivered his historic victory speech on election night in 2008) to Daley Bicentennial Plaza. Millennium Park, 201 E. Randolph St., between Michigan Ave. and Columbus Ave., explorechicago.org, admission free.