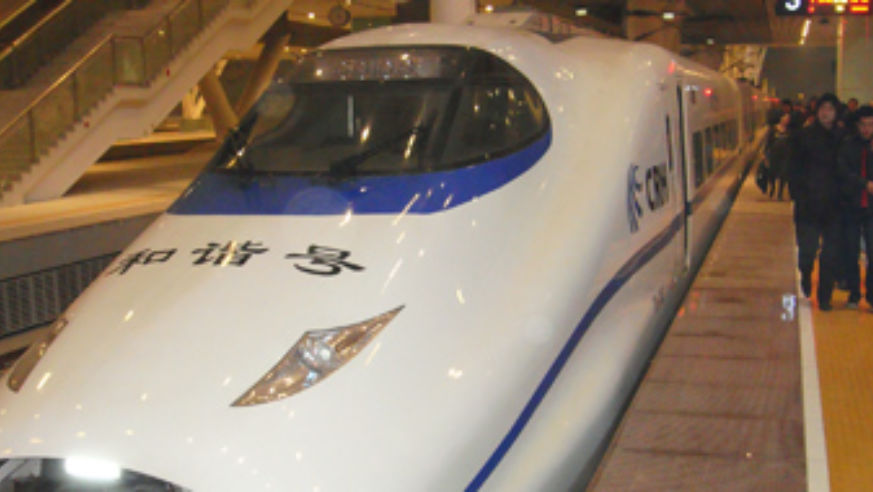 It may be that—other than wanting six-weeks of vacation a year and aspiring to speak more than one language—there's no clearer sign of an un-American sissy than someone who's thrilled by high-speed trains. And if you're as big of a fan of trains as I am, the latest plans for high-speed trains probably make you drool.

London to Madrid in 8 hours? Beginning in 2012, the two cities should be linked by high-speed rail. You can already speed between London and Paris in a little more than two hours. This route will be connected to a new high-speed train to Madrid, which will be reachable within five-and-a-half hours.

But even more surprising was the news this week that China is in negotiations with 17 countries to build a high-speed rail network to Europe.

From London, you could visit Beijing in about two days' time, according to Daily Telegraph.

From Beijing, you could connect Singapore or Vietnam via planned high-speed railways.

Of course, all that is more than a decade away. But what's pretty astonishing is that the plan seems serious. China sees the rail link as a "New Silk Road," reports China's official news agency. Cargo along with passengers would be carried. But the trains in and of themselves would help China re-brand itself on the world stage as a cutting-edge technological power.

Think China isn't up to the technological challenge? Think again. In January, the country opened the world's fastest high-speed rail line between the cities of Wuhan and Guangzhou. The train travels at an average speed of 217 m.p.h. In its first months of service, the cars have been 98 percent full, suggesting that ticket prices may eventually cover the costs of operations. (See a video, here.) Another high-speed link, between Zhengzhou and Xian, home of the Terracotta Warriors, opened in February.

So what do you think? Traveling two days between London and Beijing would still be much longer than the current 11 hours of flying time between the two capitals.If it was built by 2025, would you take The Trans-Eurasian Railroad? Or would you prefer to fly?