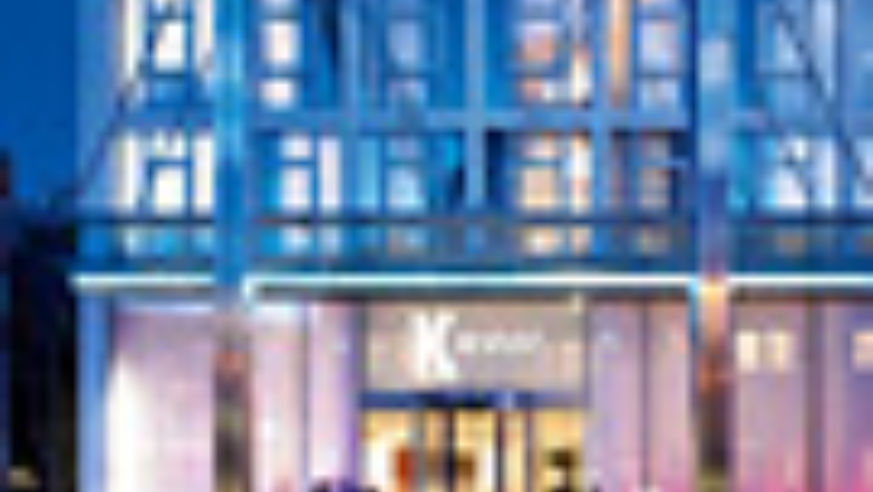 News flash: The third-most-expensive city in the world is now...the 27th!

Central London
The recently opened Bermondsey Square Hotel, overlooking one of the city's largest antiques markets, is offering a $128-a-night deal through August. Rooms on the penthouse floor are named after hit songs from the 1960s—Jude, Lily, Ruby, and Lucy, which has a hot tub with a view of the London Eye. The hotel spa gives free half-hour massages to guests who book a treatment, such as a Marine Body Wrap, which uses seaweed harvested from the Brittany coast (Tower Bridge Rd., 011-44/870-111-2525, bermondseysquarehotel.co.uk).

West Kensington
The hip K West Hotel & Spa is running a $143-a-night Weekender package, available Fridays through Sundays until the end of August. For $50 extra, you can upgrade to an executive room, with a super-king bed and a Play Station console. On Friday and Saturday nights, DJs spin funk, reggae, and jazz tunes until 2 a.m. (Richmond Way, 011-44/20-8008-6600, k-west.co.uk).

All Around Town
Londonnights.com lists more than 145 modern and historic hotels for up to 70 percent off, including the Cadogan, built in 1887. The Hotel of the Month tab flags properties like the Andaz Liverpool Street, a five-star design hotel in a redbrick Victorian building, priced from just $165 a night (londonnights.com).

Breakfast Bistro
Renowned restaurateur Terence Conran has a new place in town, but unlike at his upscale spots Bibendum and Blueprint Café, nothing on the menu at Albion, which serves breakfast until midnight, costs more than $14.50. Conran and his wife, Vicki, personally picked the quirky decor—bar stools made from tractor seats, antique factory lamps, knitted tea cozies on each table—for the Shoreditch café. The Breakfast Bap (bacon, fried egg, sausage) is a Sunday brunch favorite (2-4 Boundary St., 011-44/20-7729-1051, albioncaff.co.uk).

Home Cooking
The vibe at newly opened Bumpkin is actually more Kentucky than South Kensington—bales of hay are used for decoration, and waiters wear COUNTRY BOY and COUNTRY GIRL shirts. But the comfort food is authentic: pork belly, steak and fries, and a chicken pie in a flaky puff pastry. A new two-course Springtime Lunch is $17.25 (102 Old Brompton Rd., 011-44/20-7341-0802, bumpkinuk.com).

Michelin Special
When Putney Bridge chef Anthony Demetre opened his own French restaurant, people mobbed Arbutus. And they still do—because it's the only Michelin-starred spot in London to offer a one-dish plat du jour deal for around $20, including pork meatballs served with a buttery potato puree (63-64 Frith St., 011-44/20-7734-4545, arbutusrestaurant.co.uk).

Restaurant Week
At the Taste of London festival, over 40 restaurants—Le Gavroche, Le Café Anglais, and Rhodes Twenty Four, among others—set up shop in Regent's Park and serve signature dishes at a fraction of the normal price. The $30 admission includes wine tastings; plates start at $7.25, such as a beef and foie gras burger with bell peppers compliments of L'Atelier de Joël Robuchon (tastefestivals.com, June 18–21).

Museum Hopping
The Tate Britain and Tate Modern museums are really making art more accessible to the public—a Tate to Tate riverboat ferries passengers between the two, motoring past Big Ben, the Houses of Parliament, and the London Eye. Running every 40 minutes, the ride costs only $7.25; admission to both museums is free (011-44/20-7887-8888, tate.org.uk).

Cut-rate Designer Clothes
Loved by local fashionistas, the Secret Sample Sale at the Old Truman Brewery features clothing by Brits such as Hamish Morrow, Vivienne Westwood, and Alexander McQueen, as well as international brands like Helmut Lang, Marc Jacobs, and Diane von Furstenberg at up to 90 percent off. Dates are only published about a month in advance (the next three-day event starts May 1); register online and you're guaranteed an invite to the members' presale a day in advance (secretsamplesale.co.uk).

Theater Tickets
The Lyric Hammersmith has a handful of $14 tickets it sets aside for all performances (they're normally $22–$43). The lineup includes a lively Bollywood-style adaptation of Wuthering Heights running through May 23 (Lyric Sq., King St., 011-44/20-8741-6849, lyric.co.uk).

THE LONDON PASS
What you get Admission to more than 55 attractions, including Kensington Palace, the Tower of London, and St. Paul's Cathedral.

Why it's worth it Tickets for the most popular sites average $23 each, and the one-day pass lets you skip long lines. Add the Travel option for $10 and you'll get all-day access to the Tube, which is normally $5.75 one way (londonpass.com).