There's a reason Brussels has been dubbed the Capital of the Comic Strip: It's the birthplace of the Smurfs, sharpshooting cowboy Lucky Luke, and intrepid reporter Tintin. To honor the city's animated heritage, the Belgian capital is throwing a yearlong bash, which includes the opening of the Hergé Museum, dedicated to the artist who first sketched Tintin and his trusty terrier, Snowy, 80 years ago. In the city center, the Comic Strip Route walking tour spotlights over 30 outdoor statues and murals that depict cartoon characters in, yes, comic situations. brusselscomics.com

From the April 2009 issue of Budget Travel 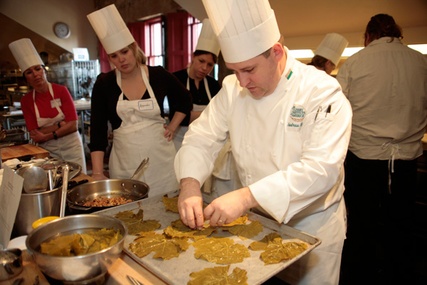 The Culinary Institute of America has launched new cooking and wine classes at its Napa Valley location. Saturdays at the CIA, with dates now through July, are hands-on, two-hour classes taught by faculty. The class subjects include Street Foods of the Middle East, Bold Flavors from Tuscany, and Flavors of the New Spanish Table. Class size caps at 12, and students work in teams to complete a few small dishes to share with a glass of wine, all with an expert chef helping along the way (and you also get to wear those cool hats). Classes are $75 per person and taught in the mornings. The CIA also has new afternoon wine classes (also $75 per person), so it's feasible for you to spend an entire day at the CIA. If you make reservations ahead of time, you can eat a two-course lunch for $19 per person at the Institute's restaurant&mdash;that's about 30 percent off. Students also get 10 percent off at the CIA's store. This location is an easy stop if you're tasting your way through Napa Valley (St. Helena is about half an hour from Napa itself). The Institute, founded in 1946, also has locations in New York and Texas&mdash;graduates include Anthony Bourdain, Cat Cora, and Harold Dieterle. Reservations recommended, 707/967-2320, ciachef.edu 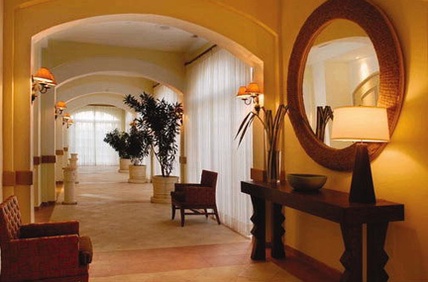 Hotels: Get a lower price when rates drop (by using Yapta)

We were one of the first sites to tell you about Yapta.com, a site that began by letting you track a flight after you buy it. If the fare dips, you could get a refund. Now let us be one of the first to tell you about Yapta's latest innovation: The site now also tracks rates on 110,000 hotels worldwide using data from Orbitz. It even tracks a hotel you've already booked a room with. Why? Because occasionally rates drop after you book a room&mdash;especially during this recession. If you've booked a room directly through a hotel's website, you often have a 24-hour to 48-hour window prior to arrival to cancel and rebook at a lower rate without any charge. That way, you can book in confidence today, knowing that if the rate drops tomorrow or the next day you can rebook to get a lower price. However, if you book using a third-party travel agency like Travelocity, you'll be subject to that agency's rules about cancellations, which typically only give you a grace period of two days after you've booked your room to change your mind. Of course, Yapta's new hotel-tracking service can also help you decide when to book a hotel room in the first place. Pick the hotel you're interested in booking and then sign up to be automatically alerted when the rate drops. Membership is free. Once you join, plug in your hotels as well as a price threshold (such as, "Only send me alerts if the price drops by at least $20"). The site will do several price searches per day, and as soon as the flight drops to that specified price, you'll receive an e-mail alert. Trying to pick between two or more hotels? Yapta lets you track as many hotels as you'd like, comparing rate trends side-by-side. This is the first hotel rate-tracking service that allows you to track changes on a specific hotel. Savvy consumers can use it to make the most of "lowest-rate guaranteed" promises from hotel chains to customers who book rooms directly through hotel websites. EARLIER 10 hotel chains on sale: Book 2 nights, get 1 night free Dealbase.com checks to see if a hotel package is cheaper than booking the component parts (room, spa credit, or flight) separately 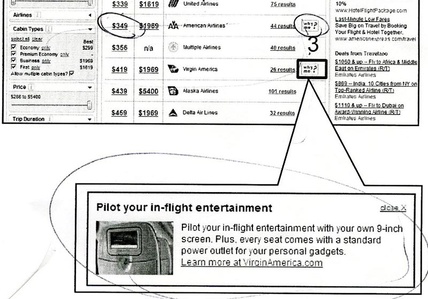 Airfares: What's the deal with Fly.com?

This post is only for people who are obsessed with getting the lowest airfares&mdash;or with under-the-radar, travel industry news. Yesterday I sat down with the folks from Fly.com, a new metasearch airfare site from Travelzoo. Fly.com offers comprehensive listings of domestic flights (except for Southwest) and for international flights that originate in the U.S. You probably haven't heard of Fly.com because the site doesn't have a marketing budget yet. But you'll be hearing much more about the site after it gets out of beta testing shortly, which will happen before summertime. The site already claims to have debuted a few firsts for fare search sites online. &bull; For a price, Fly.com invites airlines to add a "Why Me?" link that appears next to their fares in the search results. For example, say you search for plane tickets on Fly.com and the site produces a list of fares. If the results include fares from American Airlines, a "Why Me" link may appear next to the fare quote. Click on that link and a window opens explaining that American is different from other airlines in that it offers in-flight wireless Internet access on selected flights. Virgin America is another airline that is periodically adding the "Why Me?" box to its search results on Fly.com. The boxes will remind travelers that the airline offers added-value features such as its nifty in-flight entertainment system that includes instant-messaging with other passengers. This service is to help people who are not shopping solely on price to choose which airline is best for them on a given route. We've only seen the Why Me feature on a handful of highly competitive routes so far. &bull; Fly.com displays all cabin classes&mdash;economy, business, and first&mdash;in one integrated display. Unlike other metasearch sites, it doesn't have a drop-down menu for selecting whether you want to see economy, business, or first-class seats&mdash;you automatically get the lowest in economy and the lowest in premium classes at the top of the screen. The point is to allow travelers to spot when a business or first class seat (which the site puts under the single label of "premium" seats) are available at a price that isn't much higher than an economy class seat. Says Brian Clark, senior vice president and general manager of search products for Travelzoo: "Users already are finding affordable business and first class fares that they otherwise would never have known about." &bull; Fly.com says it lists its fares in an unbiased rank order. There isn't pay for placement, though parent company Travelzoo will continue to accept money from travel companies for preferential placement in its famous "Top 20 deals on the Internet" e-newsletter. What does Fly.com do for Travelzoo, its parent company, which is a world leader at identifying and publishing travel deals? Travelzoo execs hint that Fly.com will, in its first phase, be a supplement to Travelzoo's deals listings. Let's say you subscribe to the Top 20 deals on the Internet e-newsletter, and you see a great resort package for four-nights, all-inclusive at a four-star resort in Los Cabos. But let's imagine that have little idea how much it would cost to book plane tickets to take advantage of that deal. Well, Travelzoo will incorporate Fly.com search results, perhaps in a pop-up window, synchronizing with the specifics of the deal. In this example, if the Los Cabos resort deal is only available for April 14&ndash;19, then the box will show selected fares via Fly.com to Los Cabos for that date. The goal is to amplify not only the deals, but all travel options, and encourage people to book confirmed deals. Travelzoo spent $1.8 million on the Fly.com URL, as TechCrunch has reported. The company could have launched the site on a different, free URL, such as travelzoo.com/flights instead. The logic behind purchasing the fly.com URL, says Clark, is that "fly" is a word that is frequently used by people searching for deals on search engines like Google and Yahoo and that it will naturally attract users over time. It's also proof that Travelzoo is committed to making Fly.com be a standalone product that competes directly with the Orbitzs and Kayakss of the world in fare search. Clark says that Fly.com plans to add hotel rate searches in due time. One final point. Fly.com's team was less than pleased by my claim that their site's design looked like a copycat version of Kayak (see "Kayak responds to mimicry by&hellip;Fly.com). The company's position is that it doesn't feel it needs to reinvent the wheel [i.e. the overall look of the site] given that travelers have become familiar with a certain type of website design when it comes to travel searches. In the words of Clark, "Why break new ground when users are already attracted to a successful model? The goal is to innovate the user experience on top of a proven interface." Clark adds: "We intend to prove we are as worthy or more worthy of customers in the airfare metasearch space. We've already debuted several industry firsts." UPDATE: March 20 I had missed an insightful post on Fly.com by The Cranky Flier. He says, "They need to get more aggressive in promoting deals that are truly stellar and can’t be found elsewhere. Only then will people maybe consider coming to Fly.com to search, but even that is questionable." EARLIER Using Twitter to ask if Google will buy Expedia Travelocity joins Expedia in dropping airfare-booking fees 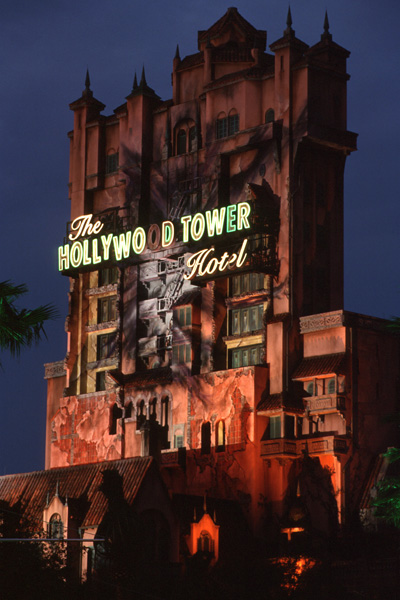 Even if you don't follow college basketball, you can still share in all the bracket fun. Our friends over at Theme Park Insider are having their own March Madness-style tournament to determine the "Best Ride in North America." Voting has already started and every day a different bracket will be played out until a winner is crowned. Will Disney's Twilight Zone Tower of Terror&mdash;returning champ and a number-one seed&mdash;win it all again? Or will a Cinderella story play out and we'll see Peter Pan's Flight (ranked 64) upset them all? (About as likely as East Tennessee State upsetting Pitt in the real tournament.) The seedings are 1&ndash;64, so for all of you veteran bracketologists out there, there are no 12-5 upsets you can count on. Voting will go through the beginning of next month, when the championship and the title of "Best Ride in North America" is decided on April 3. EARLIER What's Your Favorite Theme Park Ride? (50+ comments)