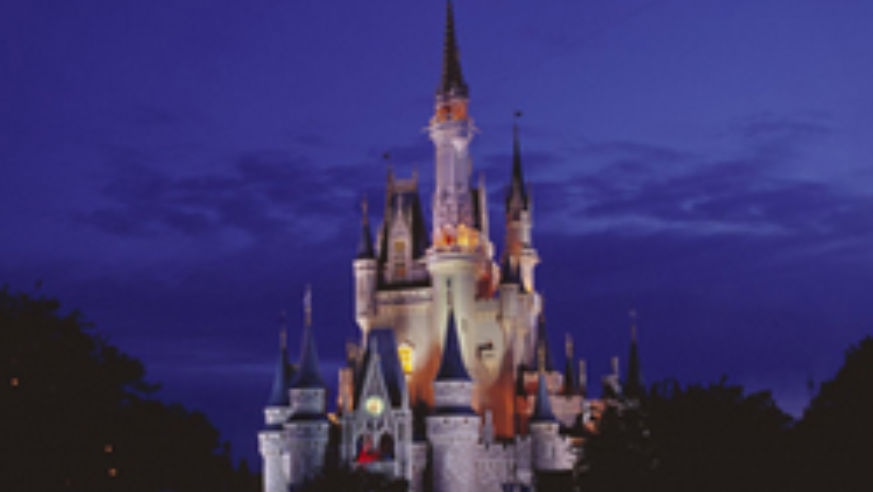 Robert Niles spent five summers working on rides such as Pirates of the Caribbean and Tom Sawyer Island at Walt Disney World. He currently edits the site Theme Park Insider.

Excuse me, young man, are you pregnant?
What's more terrifying than the 38-foot drop on Disney's Big Thunder Mountain Railroad? Having to ask women in line if they're pregnant. It's for their own safety, but forget a woman scorned—hell hath no fury like a woman who's been mistaken for being pregnant. Once, when I was in training, I watched a coworker approach a larger female park visitor and ask, "Excuse me, ma'am, but are you pregnant?" "Pregnant!?!" the woman screamed, her voice turning heads at the happiest place on earth. "No! What are you saying? Do I look fat to you?!" She turned to her friend and screamed some more: "They think I look fat. Let's get out of here!"

I was so traumatized by that incident I crafted a plan to avoid offending anyone. Whenever I spotted a "suspect," I asked everybody in the vicinity—including teenage boys and women in their 70s—if they were with child. If the woman I suspected was actually pregnant, she left the ride quickly. If she wasn't, she just thought I was working a gag.

I sure am Randy today
Disney made the "first name" name tag famous, but the tag doesn't always match the person wearing it. One day, as I was steering the raft to Tom Sawyer Island, my name tag dropped into the river, forcing me to get a new one. There wasn't a single "Robert" left, so until a replacement could be made, I pretended to be "Randy," a name that amused visitors from the U.K. to no end. Elderly English ladies lined up to have their picture taken with me. One screamed when she saw me, grabbed her friend, and yelled, "Is that really your name?" Being a good Disney cast member, I lied and said yes. The friend said, "You know, we love a good randy man back home." But lady, even I'm not that good a cast member.

To get onstage, dress the part
A few attractions choose audience volunteers to be part of the show, but the selection process is far from random. Typically, you need to be a certain gender, size, and age for each of the different roles. You might even need to be wearing a specific item of clothing. On my off days from work, I used to go over to Universal Studios, and I would get picked all the time to play "Mother" in the old Alfred Hitchcock show. They needed a guy my height and weight who happened to be wearing the same type of plain white tennis shoes I always wore. Also helpful for getting picked: cuteness and enthusiasm. Curious kids who ask nicely and look excited often get extra attention, along with thrilling perks like riding up front and introducing shows.

Stroller relocation program
Disney's a family place, but the people who work there come to loathe strollers. It's part of a cast member's job to keep strollers in nice, orderly lines and to make sure they're only left in designated areas. But park visitors keep their strollers in an appalling condition, loaded up with dirty diapers, rotting bottles of milk, and half-eaten PB&J sandwiches. Others see no problem with parking their strollers right in front of an attraction's exit or entrance. Sometimes thoughtless individuals like this incur the wrath of the stroller police, and their precious Bugaboos and Maclarens are intentionally relocated to a place "far, far away"—at the very back of the area cordoned off for strollers.

Yo, ho, ho and a bottle of (confiscated) rum
On special Grad Nites, when Disney hosts loads of freshly graduated high school kids, the park puts extra staffers inside Pirates of the Caribbean and other rides as lookouts to monitor less-than-legal activities. Our focus was mostly on what the kids were consuming. Booze, cigarettes—you name it, and a Disney cast member has confiscated it from a 17-year-old at one time or another. One clever kid, forced to hand over his bottle, noted the irony of getting busted in the middle of a ride that celebrates a drunken pirate orgy. "Hey, don't the pirates have enough?" he asked. "They need mine, too?"

Please keep your happiness to yourself
This attraction has been camera monitored for your safety. That's the spiel Disney broadcasts over its loudspeakers for many rides. But the cameras are also meant to protect you from yourself. One night, while most parkgoers were watching the fireworks display, a couple strolled over to Pirates of the Caribbean, where I was working. They not only had a boat to themselves, but empty boats all around them. The real fireworks display, it turned out, was visible on the security cameras to all of us working that night. Let's just say the show the couple put on wasn't exactly G-rated.