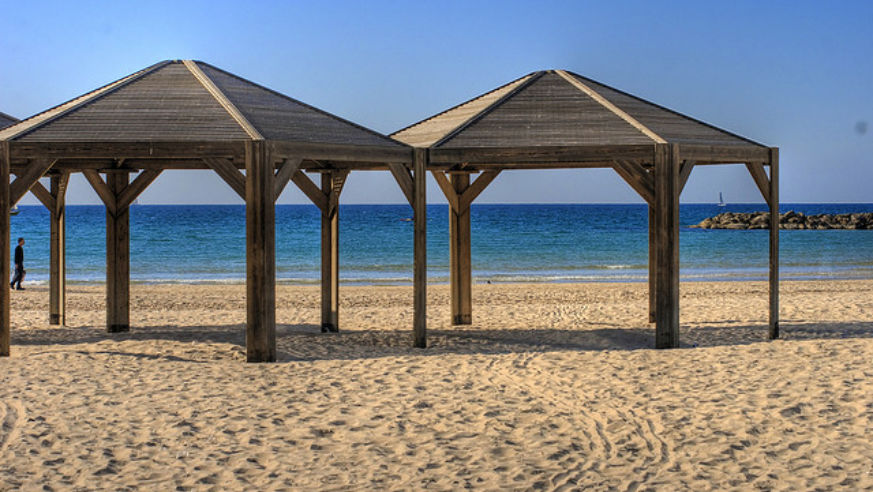 Travel to the beautiful Mediterranean beaches of Tel Aviv (above), and other sites in southern Israel, has not been adversely affected by conflict in Gaza.

Although we may joke about scenery that's "to die for," and routinely throw around terms like "bucket list" to the point where we forgot what that rhetorical "bucket" actually represents, there are, of course, popular travel destinations where real dangers lurk—or fall from the sky. In light of the recent clash in Gaza—which at press time had reached a negotiated ceasefire—the Israeli Ministry of Tourism sought to provide a reality check for potential visitors.

Travel Agent Central reports that, according to the ministry, the majority of rockets fired from Gaza into southern Israel, including the capital city of Tel Aviv, had been intercepted by Israel's anti-missile system (known as Iron Dome), and those rockets that had landed had not been in typically tourist-frequented areas. It reports that there are at present more than 100,000 tourists in the country and no tourist had been involved in any rocket-related incident.

Tel Aviv is the major city in southern Israel and the country's center of contemporary art and culture, in contrast to its cousin up the road, Jerusalem, which tends to draw history- and faith-inspired travelers. Tel Aviv is renowned for its teeming nightlife, including a vibrant club scene, museums such as the Tel Aviv Museum of Art and the Diaspora Museum, warm Mediterranean beaches, and the ancient Arab port of Jaffa.

Tour operators to the area, such as Isramworld, are prepared to adjust itineraries if necessary, and people traveling independently are urged to stay in touch with their hotel staff and tour guides for news and advice on keeping safe. Flights into Israel continued on their normal schedules throughout the conflict, with more than 80 airlines flying in and out each day.

To research the situation yourself, visit the websites of Israel's Ministry of Tourism (goisrael.com), the U.S. State Department site (state.gov), and the U.S. embassy in Tel Aviv (israel.usembassy.gov).

Talk to us! Will the recent conflict in Gaza affect your travel plans?