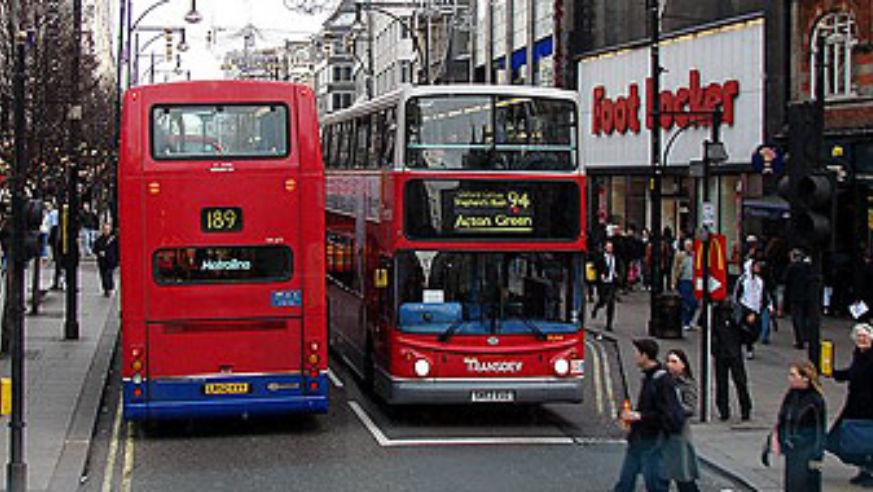 Cities love tourists for the money they bring to the local economy, and yet the locals often hate how visitors clog the streets and sidewalks. One city wants to do something about it.

The city is London, and the specific street in question is popular Oxford Street. As the Wall Street Journal reports, the tactic being suggested is an unofficial line to segregate store browsers and travelers shuffling underneath the burden of heavy backpacks to half of the sidewalk closest to the buildings and shops, and to reserve the sidewalk's outside edge as a fast lane to be utilized by anyone -- locals, most likely -- walking with more of a sense of mission.

How would the system be enforced? Actually, it wouldn't, not in any official capacity anyway. There wouldn't be fines or any repercussions for absentmindedly strolling or even for standing still and yakking away on a cell phone on the "fast" side of the sidewalk. But local area maps would advise travelers to stick to the slow side, and a team of neighborhoods hosts in red caps may approach slow walkers and "put visitors in their place, tactfully," as the Journal writes.

The concept is only in the proposal stages, and it is a tricky business, obviously: Cities such as London, as well as New York, Paris, and others, certainly don't want to make tourists feel even the slightest bit unwelcomed. On the other hand, it'd be nice to be able to walk to work without having to weave and maneuver among a crush of travelers and browsers shuffling, pausing, and otherwise obstructing foot traffic. Staffers at Budget Travel's New York City office, which is near Times Square and where I've heard the phrase "sidewalk rage" used more than once, understand this as well as anyone.

But is there a smarter solution than the one being proposed in London? If an invisible line down the sidewalk seems off-putting, what might work instead? Or should the locals simply suck it up, and accept that sidewalk congestion is the tradeoff for being a popular tourist hub?