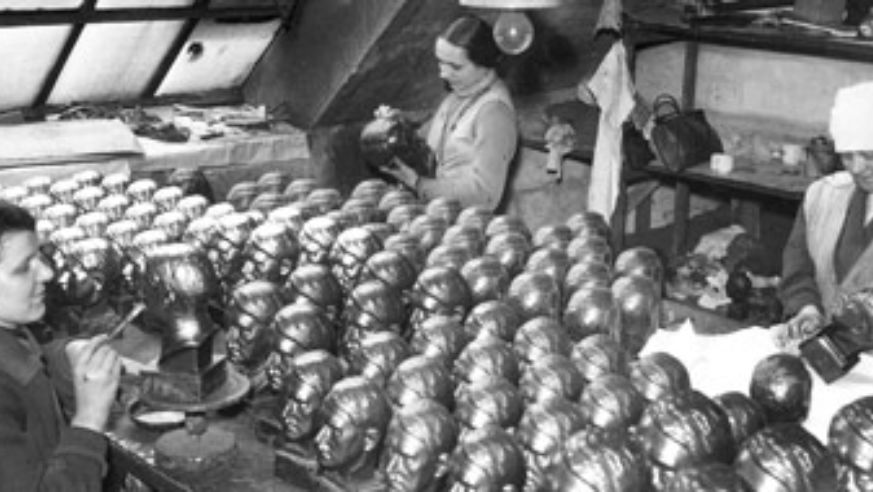 Last month, theGerman Historical Museum in Berlin opened an exhibit titled "Hitler and the Germans: Nation and Crime." The show focuses on the relationship between the Fuhrer, an undistinguished young man who even spent time in a homeless shelter, and the ordinary people of Germany who accepted him as their leader. The artifacts on display represent the everyday and even the mundane in the 1930s and early '40s, including a lantern with a Nazi symbol, playing cards with Hitler's image, and an advertisement for cigarettes featuring a Nazi soldier. But the exhibit has drawn big crowds (10,000 on opening weekend)—and some controversy.

Most discussion centers around not Hitler himself but the citizens of the time—namely, why was he allowed to come to power in the first place?

In an AOL story Hans-Ulrich Thamer, the curator, was quoted as saying: "We don't want to focus on Hitler as a personality. We want to look at the rise of the regime, how it operated in power and how it fell, and the tremendous destructive potential that National Socialism unleashed." In deference to that goal, the curators passed over Hitler's personal items—his voice isn't even heard anywhere in the show, except for a short clip on the audio guide.

Experts say this is the first exhibit of its kind at a national museum, and it is only now, 65 years after the end of World War II, that Germans are ready to fully address the country's searing past. And although the individual pieces are eye-opening, some critics have complained that the exhibit doesn't break new ground. "Hitler and the Germans" runs through Feb. 6, 2011.

So what's your take: Would you go see a museum exhibit about a controversial figure in history? Why or why not?

What would make you boycott a state or country?

The only iconic American sites worth your time