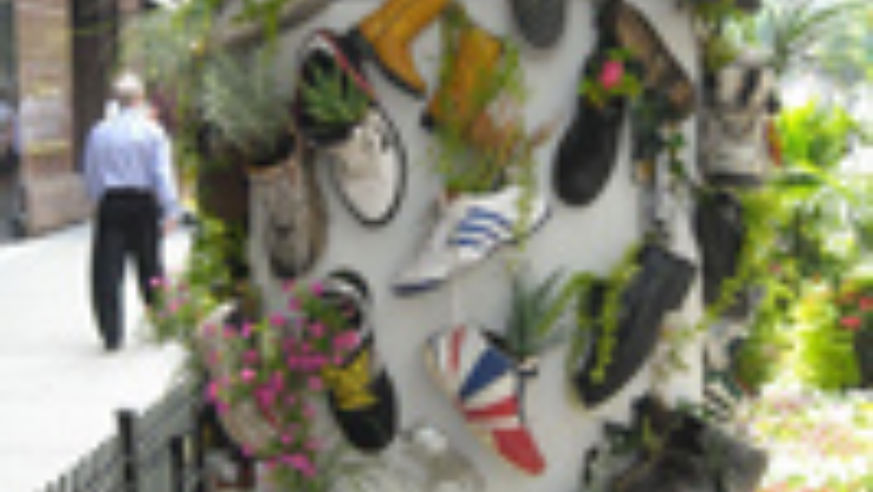 There's no better way to chill out in Chicago than by checking out the city's newest public art exhibit, sponsored by ComEd.

Chicago-area artists have turned old refrigerators in sculptures that now line the city's popular Michigan Avenue, a.k.a. the Magnificent Mile. Why? For one reason, to help promote local efforts to recycle unneeded refrigerators and freezers. For another reason, Chicago has a history of loving offbeat art projects. A decade ago, the city introduced "Cows on Parade," in which hundreds of fiberglass cows were decorated by artists and put out to pasture all over Chicago streets. The wildly successful project has since been mimicked around the globe.

The fridges, on display until September 15, run the gamut from "Running Down, Out to Pasture," which consists of a fridge draped in a combo of greenery, old sneakers, and shoes, and "Recycled VooDoo Retro Rod," a fridge laid on its side and re-envisioned as a hot rod with four wheels, flame paint job, and the face of a zombie on the back.

If you can't check out the exhibit in person, or you want a sneak peek before you get the chance to see the funky fridges on an upcoming visit to the city, take a look at Time Out Chicago's Fine Art Fridges photo gallery.