On Wednesday June 20, blogger Will McGough will set out on a one–of–a–kind road trip, dropping in on four of the winners of Budget Travel’s seventh annual Coolest Small Towns contest.

“There’s a common misconception that small towns don’t offer big opportunities,” says McGough, the editor of the blog Wake and Wander. Of course, we couldn’t agree more—BT has long celebrated the charm—and affordability—of America’s coolest towns, and this year more than ever our contest has generated excitement from the redwood forests to the Gulf Stream waters. McGough’s “Coolest Road Trip” will make stops at four of this year’s 10 winners, including Beaufort, N.C., and Hammondsport, N.Y., which tied for first place back in January, when online voting was so heated that our server temporarily crashed; McGough will also visit Cape May, N.J., and Damascus, Va. The trip will conclude on June 30, with a parade in Hammondsport. A feature story about all 10 of our Coolest Small Towns will appear in the September/October issue of Budget Travel, on newsstands August 28.

McGough will make his trip in a car customized for the occasion, bearing logos for Budget Travel’s Coolest Small Towns contest and his own blog, and images of the winning towns. “The teamwork going on among these four towns is exciting,” says McGough. “They’re not saying ‘Look at me!’ they’re saying ‘Look at us!’”

As he motors from town to town, McGough will post blogs from the road, sharing his own lists of “coolests”—places to stay, outdoor activities, and keepsakes—along the way. “The average guy can’t always take a week off from work and fly to some far–off destination,” says McGough. “But he can drive to Beaufort, Cape May, Damascus, or Hammondsport for the weekend. And you know what? He’ll have just as much fun.”

The Pacific Coast Highway—Without the Traffic

Do High Gas Prices Mean the End of Road Trips?

It was announced this week that the national average for a gallon of gas is $3.57, with analysts projecting $4.25 gallons this summer. Whither the road trip? Californians are already seeing average prices over $4 a gallon, not a good sign for those considering a Route 1 adventure. My mid&ndash;size rental car drank up more than $80 worth of gas during a weekend road trip between New York and Boston, and that was only four hours each way. I can't even imagine what it would cost to go cross&ndash;country. And it's not just road trips that can be affected&mdash;cruise lines like Norwegian reserve the right to add a surcharge to fares (even those already paid in full) if oil costs more than $65 per barrel at the time of sailing. It's currently $105 a barrel. Does sticker shock at the pump have you already thinking about alternatives to summer road trips? Or is the journey worth a few extra bucks? You can always find ways to save. See our tips here. MORE FROM BUDGET TRAVEL One-Tank Escapes for 7 Cities Beautiful Lakeside Drives How to Do America's Most Scenic Drive&mdash;Without the Traffic 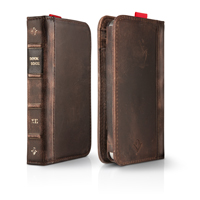 How do You Prevent Theft on the Road?

While surveying the year's best travel&ndash;friendly gear for our holiday gift guide (watch for it here and in the December/January issue!), we came across the BookBook, a compact, combination&ndash;wallet&ndash;and&ndash;iPhone cover styled to look like a weathered leather book. In addition to incorporating clever features such as strategic cutouts for easier charging and headphone access and a bookmark&ndash;style ribbon tab that, when tugged, exposes just the iPhone's camera lens, it also might provide just enough camouflage to fool a pickpocket into passing you by. (They've also made versions for the iPad and MacBooks.) That got us thinking about how far we've come since the days when a good old&ndash;fashioned money belt was the pinnacle of on&ndash;the&ndash;road theft protection. A slew of high&ndash;tech (and not so high&ndash;tech) gizmos have hit the scene in recent years, including Garmin's GTU 10, a card deck-sized GPS tracker you can use to locate lost luggage or a stolen purse, and the new Bluetooth Smart Key Fob from Tumi that sounds an alarm when your mobile phone strays beyond a 30&ndash;foot radius. Then there's the Vacation Vault, a portable combination&ndash;lock box perfect for protecting your valuables at the beach&mdash;or perhaps as an alternative to those not&ndash;so&ndash;reliable hotel room safes. Of course, not every smart safety idea calls for pulling out the credit card. One of our favorite new tips just appeared in the story "8 Items You Never Pack…But Should:" using a screw&ndash;lid travel mug as an under&ndash;the&ndash;radar hiding place for small valuables&mdash;it's certainly not the first place a petty criminal would look for a score. What are your favorite gadgets, habits, and strategies for keeping your stuff safe when you travel? Post your tips in the comments section! MORE FROM BUDGET TRAVEL: Theft From Luggage at Airports and How to Avoid It Luggage Theft: A couple may have stolen nearly 1,000 bags Avoid Identity Theft in Three Surprising Ways

Is This the RV of the Future?

The Swiss have come up with a new recreational vehicle, or camper van, in apparent homage to the legend of Captains Kirk and Picard. About as long as 1960s Volkswagen van, the Ecco can double in living space by flipping open "like a Swiss Army knife." There's a flip-out deck, expandable walls, and fold-down seats. It can sleep a family of five. The Ecco is powered by electricity, which means you need to be near a power source to plug it in at night. An eight-hour charge supposedly lasts a full day, providing enough juice to reach highway-driving speeds. In the auto world, just about everyone lies to you. Is this concept car legit, do you think? The three-wheeled, teardrop-shaped vehicle seems to have little clearance off the ground. No off-roading in it, for sure. And if a tire blows out, what do you do? The Swiss company NAU promises to put the Ecco on sale in 2014, but hasn't suggested a price. We have to doubt this will ever exist in real-life. But then again, neither did the Enterprise. We still dig both. SEE MORE FROM BUDGET TRAVEL 5 Road-Tested Tips from an RV Rookie Japan May Give Away 10,000 Flights to Foreigners The 787 Dreamliner Debuts This Month Where to Fly the Superjumbo A380l

Last fall, BT editor Valerie Rains reported on a new flight search tool called Hipmunk, which features a cartoon chipmunk mascot in aviator goggles and a scarf. Aside from its cute factor, the site has become a big hit due to its simplicity: after a quick search, results are displayed on a bar&#45;graph&ndash;style calendar, color&#45;coded by airline. Hours are listed across the top of the chart, and each flight is represented by a bar that stretches between the departure and landing times. In addition, you can sort the listing by price, departure time, or something called "agony," which factors in duration, layovers, and number of stops. Last week, the site unveiled its newest feature, a small Wi-Fi icon that's shown on any flights that offer in&#45;flight wireless internet. I know, I know. This news should make me excited. But for a site known for its streamlined design, I wouldn't choose Wi-Fi as the one amenity to clutter up the otherwise sleek search screen. (I'd personally rather see an icon representing carry&#45;on allowance, checked baggage fees, or availability of in&#45;flight meals if I had to choose one.) if (WIDGETBOX) WIDGETBOX.renderWidget('4aca08e4-eac6-4301-bdde-4696ca9fdbff');Get the Poll Creator Pro widget and many other great free widgets at Widgetbox! Not seeing a widget? (More info)In general, Wi-Fi is one onboard amenity I personally haven't gotten on board with. I like the radio silence imposed by a flight&mdash;it's a few hours that I can stick my nose in a novel and stop worrying about texts and emails. Am I an old&#45;fashioned snob who can't embrace technology? Or are there others out there like me? Where do you stand on in&#45;flight Wi-Fi? Vote in our poll and sound off in the comments below! MORE FROM BUDGET TRAVEL Hipmunk: Finding "ecstasy" in affordable lodging Do you use Wi-Fi when you fly? iPads take on hotels, airlines and the Eiffel Tower