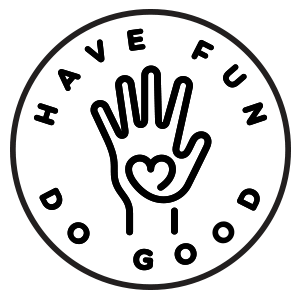 In the heart of Texas Hill Country, Fredericksburg celebrates both its German roots and its pioneer heritage. In fact, the town’s Pioneer Museum is a good place to get your bearings, tracing the area’s settler history, which dates back to the 1840s.

While you may associate fine wine more with the West Coast, Hill Country is home to a good number of major wineries, including several in the Fredericksburg area — explore the local tasting rooms and bring home a bottle (or a case).

Even less on-the-nose here in Hill Country is the National Museum of the Pacific War, dedicated to the history of World War II in the Pacific, inspired by local Chester Nimitz, born and raised in Fredericksburg, who served as an admiral in the U.S. Navy during the war.

But getting outdoors should be at the top of your Fredericksburg to-do list, with Enchanted Rock State Natural Area offering distinctive pink rocks, endless trails for hiking, cycling, and horseback riding, and ample opportunities for climbing. Fredericksburg is also home to more than 300 species of bird, and millions of bats that attract visitors (really!)

For a relatively small town, it’s easy for you and your family to get lost in Fredericksburg. In the serene beauty of the Texas Hill Country. In the rich German history. The countless unique and sophisticated shops. Keep Reading...

If you’re looking for a laid-back place to make your Gulf dreams come true, Cedar Key, about an hour from Gainesville, on Florida’s northwest coast, is the place to do it. With a population hovering around 700 and a location that puts a firm emphasis on salt water — including a national wildlife refuge, a state park, nature preserves, stretches of sandy beach, and a thriving fishing industry — Cedar Key basically challenges you not to relax. Set aside a few days to get to know this beautiful corner of the Sunshine State. The 13 islands of Cedar Key National Wildlife Refuge offer unique opportunities for birdwatching (including migratory birds and majestic pelicans), dolphins in season, and colorful butterflies. Cedar Key Museum State Park combines the best of the region’s natural beauty with rich history, including the restored 1920s Whitman home and memorabilia from the town’s past. Speaking of history, when you’re not soaking up some sun at the beach, you’ll want to soak up some history via photographs and artifacts at Cedar Key Historical Museum. But who are we kidding? With all that Gulf water lapping the shores, seafood may be your number-one priority here — clam bars, seafood joints ranging from modest to posh, and chowder abound in Cedar Key, with enough options to satisfy every taste. CARD WIDGET HEREMeet Budget Travel’s Coolest Small Towns for 2022: Content presented by Have Fun Do Good Have Fun Do Good (HFDG) is on a mission to provide adventure seekers with a unique experience that allows them to travel while giving back to the community through volunteering. Learn more at https://havefundogood.co/

On the shores of New York’s Hudson River, just 16 miles from the Bronx border, Tarrytown combines history, natural beauty, and a range of small businesses that make for a truly unique small-town experience. Margo Timmins, lead singer of the alt-country band Cowboy Junkies, recently announced from the stage of the Tarrytown Music Hall that the venue, on the town’s scenic Main Street, is one of her favorite places to perform because there is a great coffeehouse on one side and the yarn shop on the other. That would be Coffee Labs, purveyors of exquisite artisanal java (there will be a line, possibly out the door, but it’s worth the wait), and Flying Fingers, a favorite of Martha Stewart’s, boasting a giant sheep sculpture adorned with brightly colored yarn right outside the front door. You could spend your entire day combing Main Street for world cuisine — Lefteris’s Greek fare and Tarry Tavern’s upscale comfort food are just two wildly popular examples — or galleries, thrift shops, and musical instruments. But set aside some time to explore beautiful historic sites such as Sunnyside (once home to Washington Irving, the first man of American letters and the author of The Legend of Sleepy Hollow and Rip Van Winkle) and Lyndhurst (a 19th century mansion whose riverside grounds now play host to craft fairs, kennel shows, and jazz concerts). No visit to this region is complete without traversing RiverWalk, a scenic trail through the woods along the eastern shore of the Hudson, and the many winding trails in Rockefeller State Park and Preserve. More about Tarrytown Tarrytown, NY A trip to Tarrytown offers visitors the perfect complement of history, dining, shopping and nature -- not to mention entertainment and first class lodging. Keep Reading... Meet Budget Travel’s Coolest Small Towns for 2022: Content presented by Have Fun Do Good Have Fun Do Good (HFDG) is on a mission to provide adventure seekers with a unique experience that allows them to travel while giving back to the community through volunteering. Learn more at https://havefundogood.co/

You will likely approach the town via inland Highway 101 before heading west, winding through coastal hills down toward the water. As you arrive in town, you’ll find you are a world away from the hustle-bustle of Cali’s big cities to the north and south. Here in Morro Bay, life moves at a pace well-suited to a “vacation for real people.” Tour the wharf, where kids of all ages will love watching fishing boats delivering their daily bounty. And you don’t have to just watch — local restaurants such as Bayside Cafe transform each day’s catch into fresh, imaginative meals such as contemporary riffs on fried clams and crabcakes. Stroll Morro Bay’s main drag, and drop into charming shops like Kites & Surreys, and Revolve Thrift. Explore exceptional parkland, including Morro Bay State Park, or the nearby beaches. Rest your head in a comfy, affordable room at The Landing motel, with views of the bay — and iconic Morro Rock — out your window. Morro Bay is one of those little towns that touches your heart in a big way, making a return visit just about mandatory. More about Morro Bay Morro Bay Morro Bay is unlike any other California seaside town. Just off its shore an ancient volcanic monolith known as Morro Rock rises 576 feet from the ocean, amplifying the magnificence of this stunning coastal backdrop. Keep Reading... Meet Budget Travel’s Coolest Small Towns for 2022: Content presented by Have Fun Do Good Have Fun Do Good (HFDG) is on a mission to provide adventure seekers with a unique experience that allows them to travel while giving back to the community through volunteering. Learn more at https://havefundogood.co/

15 unbelievably cheap private islands you can rent in the US