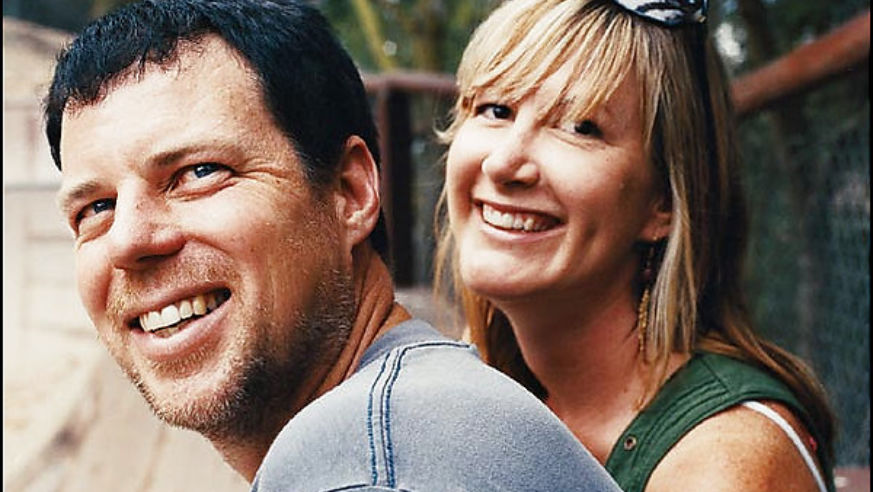 An eco-conscious couple seeks a perfect mix of adventure and relaxation--with plenty of veggie meals along the way.

This year, David and Laurie Bergthold, of Oceanside, Calif., are celebrating their 10th wedding anniversary--surprising to some, considering the couple got engaged after knowing each other only four months, and were married four months after that. "I think our friends placed bets on how long it would last," says Laurie. "We never really had a honeymoon, unless you count a quick camping trip up the coast, so we're planning to celebrate by going to Costa Rica."

The Bergtholds love to hike, kayak, snowboard, and skateboard--they even have a ramp in their backyard. With nearly two weeks in Costa Rica, they're hoping for a vacation that's mellow but not boring, exciting yet stress-free. "It'd be nice to squeeze in a bit of romance, too," says Laurie. She and Dave throw some wicked curveballs at us: They're vegetarians; they want ecofriendly hotels; they're loath to rent cars and burn fuel; and besides checking out the natural wonders Costa Rica is renowned for, they want to test the local skateboard parks.

Dave went to Costa Rica 12 years ago and has bad memories of the capital, San José. "Too much hustle and bustle," he says, recalling a joke he used to tell his buddies: "The people drive crazy. They don't have brakes, just gas pedals and horns." The city remains rather hectic, so we recommend flying into Liberia, in the hilly northern province of Guanacaste, on the Pacific. (No airline flies nonstop from southern California; Continental has arguably the best connection, via Houston.)

Hacienda Guachipelin, a family-owned cattle ranch, hotel, and adventure-sports wonderland, is the first stop for the Bergtholds. Guests can be picked up at the airport for $40, so at least here Laurie and Dave don't have to rent a car. Breakfast is included in the standard rate ($67 for a double); for $59 more they can get three meals per day, and vegetarian dishes are available on request. "That's good, because Dave is a vegan and will starve us both until we find a good veggie option," says Laurie.

The real draw, however, is the variety of activities and scenery at the nearly 4,000-acre ranch, which borders Rincón de la Vieja Volcano National Park. Visitors to the park sit in warm mud pools or hike to waterfalls and natural hot springs, and a shuttle service from the hacienda is available for $3 each way.

The Guachipelin itself offers plenty of fun, including tubing down rapids on one of the two rivers flowing through the property, and a canopy tour in which guests strap into harnesses and slide through the air on steel lines. "I'm always a little nervous about things like that," says Dave. "But I'm sure killing tourists is bad for business." Many spots in Costa Rica have canopy tours, and Guachipelin's course is one of the quirkiest and most interesting. Participants are taught about natural history and wildlife while zipping between 23 stations lining the sides of a river canyon. Hacienda activities can be paid for à la carte for about $45 apiece; a full-access day pass is $75.

At last check, 59 hotels in Costa Rica have been awarded an official government certificate for earth-friendly practices. The Guachipelin is very eco-conscious--more than 2,200 acres are set aside for conservation and reforestation, solar power heats the water, and some electricity is produced by a waterwheel--and is in the midst of the long application process for a certificate. But like the other hotels in this story, the ranch doesn't bear the government stamp of approval. Many properties implement earth-friendly policies on their own and don't bother with the bureaucracy involved in official certification.

Because Laurie and Dave's itinerary is spread out around Costa Rica, renting a car is pretty much unavoidable. After picking up a rental in Liberia, they plan on driving two and a half hours to Lake Coter Eco-Lodge. Built with an endowment from the World Bank as a model for ecotourism in Latin America, the lodge protects more than 500 acres of primary forestland. As at the Guachipelin, guests can relax in nearby hot springs or try something more invigorating, like kayaking, hiking, or horseback riding. The property is near scenic Lake Arenal, and, most important to the Bergtholds, it's just a 25-minute drive from Hotel Tilawa--home to the country's best concrete skateboard park.

"I'd love to get a massage at some point, but I'm not sure we'll be able to afford that," says Laurie. "It's not a top priority." Considering that an hour-long rubdown at Monte Terras, a Dutch-owned B&B in a quiet village near the lake, costs just $30, Laurie may be tempted into going for it.

Dave and Laurie want to end their trip on the beaches of the southern Nicoya Peninsula, which they read about in our "Secret Hotels of Costa Rica" (available at BudgetTravelOnline.com). To reach the area, the Bergtholds could drive five hours on crumbling, insufferable roads. Instead, they follow our suggestion and decide to drive back to Liberia for a two-hour flight to Tambor on Nature Air.

From Tambor, a taxi costs about $30 to Montezuma, a rural, bohemian town near the end of a road bad enough to fend off rapid development. The white-sand beach stretches for miles. If Laurie and Dave work up the energy, there's great snorkeling at the nearby Cabo Blanco Nature Reserve, and a chain of waterfalls is a couple hours' hike from the west end of town.

But the couple may simply take it easy at the Ylang-Ylang Beach Resort, a cluster of geodesic cabins, rooms, suites, and a highly praised restaurant. "Dave is a super penny-pincher, which keeps me in check," says Laurie. The resort's $175 nightly rate for a private bungalow may be a stretch, but breakfast and dinner are included, and the resort offers sea views and a romantic setting. Alternately, standard rooms start at $120. Classes for yoga and Reiki, a Japanese healing technique, are available. The restaurant's menu was developed in part by one of the owners, a Dutch nutritionist who, with her American husband, also founded El Sano Banano, a hotel, health-food store, and vegetarian restaurant in town. Guests at both properties are asked to donate $1 per night of their stay to help fund a nearby wildlife reserve. The Bakery, notable for its fantastic breakfasts, is another healthy spot to eat with plenty of vegetarian options.

Montezuma has a shore break that crashes quickly and has been known to give novices fits. So when Laurie asks about "a mellow surf break, mainly for me," we steer her a half hour away to Santa Teresa, reached by a $25 taxi. A handful of surf shops offer lessons and gear rental for around $35 per day. Santa Teresa's waves are beautifully consistent, though it's essential to ask at a surf shop about any dangerous breaks. To play it safe, Laurie and Dave may want to head to the easy yet respectable waves off Playa Carmen, just outside Santa Teresa.

The relaxed, beach-bum setting at Santa Teresa is very veggie-friendly. The Funky Monkey Sushi Lounge, for example, has terrific vegetarian rolls. To save a bit on lodging--and avoid going all the way back to Montezuma--Laurie and Dave can stay in the Blue Jay Eco-Lodge. Rates start at $45, with breakfast included, and it's set in a jungle enclave of trees, just two blocks from the beach.

Girl Scouts Caroline Jackovich, Kaley Boyles, and Maria Finocchiaro had a fantastic time in London--particularly on the day of this photo, when Harrods treated them to afternoon tea. "That was the highlight of their trip," says Sallie Boyles, mom of Kaley and group chaperone. "The people at Harrods could not have been any nicer. They gave the girls a guided tour of the store--every single department--and had gift bags for all of us!"